To say that a lot has happened in those ten days is an understatement. The week that Roberto was here we watched the escalation of cases of, and responses to, the corona virus in Britain. When Roberto and I had lunch together on the Monday before his return flight to London we discussed that there was the possibility that he might be able to come back for the final weekend’s ’finishage’ as we had planned. Some friends of Roberto were unable to be at the opening so a closing afternoon with tea and cake seems like an enjoyable and easy alternative.

In less than a week from when Roberto arrived back in Peckham the whole of the Great Britain was living under severe restrictions of movement. Watching the week’s events unfold from a rather sleepy little Swedish town has only added to my inability to comprehend the situation.

Today the idea of a finishage is more absurd than almost anything that I could care to imagine. Even here in Enköping the impact of the virus is being felt more acutely. My regular Creative Saturday art workshop has be cancelled, so too has the Easter Holiday arts programme, work colleagues have had to cancel visiting theatre shows for hundreds of the county’s school children – an annual and much appreciated cultural event in the academic calendar. There are spates of intense emails among us committee members concerning upcoming exhibitions and events at town’s gallery. A different committee I sit on is wondering how we can keep paying the freelance arts workers some kind of salary despite their projects being postponed – paying them in advance simply shifts the problem forward rather than actually resolving it.

At some point during these ten days the three directors of Supermarket Independent Art Fair got in touch with the team of temporary staff and volunteers with the inevitable but still very sad and disappointing news that the fair which was due to happen in late April was being postponed to an as yet unspecified date in the autumn.

My immanent trip to the UK was cancelled – I should have been celebrating my mother’s 80th with her. The family get will now happen sometime late in the summer … later in the year? On the upside my mother has decided that it’s not too bad being 79 for a few months more.

So while a good deal of time seems to be passing by at an accelerated pace one or two things seem to be slowing down. Roberto’s show should have closed this coming Sunday, though now my time away cancelled and without a week at the art fair the show can be extended. I will not be mounting any more exhibitions at Glitter Ball this side of the summer break, which means that I can continue to offer private viewings (with respect for social distancing) of Roberto’s show for the foreseeable future.

Who knows it might even be that Roberto’s show will span the worst of the virus in both Britain and Sweden. He and his friends will be able to meet here, and we will have tea and cake at the showroom as we spend a pleasant afternoon pondering the perils of swallowing bubble gum …

Roberto Ekholm’s show at Glitter Ball showroom & projects is up and looks fantastic! 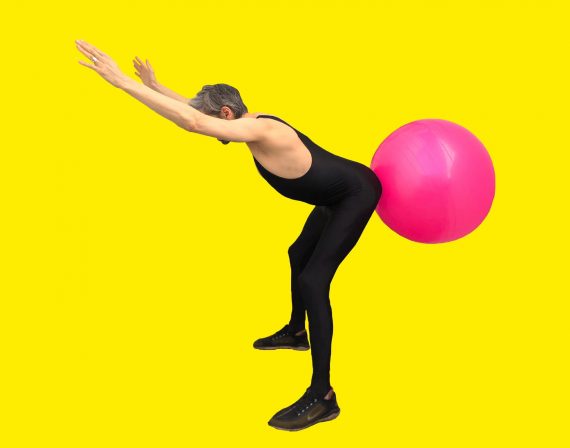 Roberto arrived on Sunday evening and has been installing and promoting That’s Why You Never Swallow Bubble Gum all week. This morning he woke to find himself on the font page of one of the local newspapers with a full page article following.

It’s been great for me too. We have spent the week chatting, and it has been both enjoyable and educative listening to Roberto speaking about this show in particular and his practice generally. Comparisons between an artist’s life in the UK and in Sweden, as well as the even more specific almost comic comparison of London to Enköping, have regularly cropped up. One of the journalists was obviously delighted when Roberto only half jokingly said that as a London artist he was jealous of the studio that I have here in Enköping. I resisted the temptation to say that I am jealous of the artistic scene in which Roberto lives and works in south London. The discussions have  contributed to my ongoing wondering about moving to Uppsala. Are there ways in which I can have both affordable plentiful working space and feel part of a dynamic exciting art scene?

I am delighted to have been able to offer Roberto the opportunity to exhibit at Glitter Ball. As a curator he has invited me to show in London, Sweden, and Norway, and has shown consistent interest in my work since we got to know each other in 2009. We first met earlier when Michael Petry was curating the Royal Academy School Gallery in Hornsey (north London). I already knew Michael a little from having crashed a discussion he and a friend were having at Michael’s New Love exhibition (2007). The RA School shows became a regular event for John and me. The gallery was wheelchair accessible and the Sunday afternoon openings were always flowing with wine and a handsome crowd of London’s cultural gay world – amongst whom was Roberto Michael’s new assistant curator. Michael invited Roberto and me to participate in his Clifford Chance Pride exhibition 2009 and that is when Roberto and I got to know each other as artists. The following year I proposed the installation Play to Michael/MOCA London. In 2011 Roberto invited me to exhibit Play when he curated MOCA London’s show for the Supermarket art fair (Stockholm). He also included Play in his Immerse exhibition at KinoKino (Stavanger, Norway, 2016).

Roberto and I have developed a professional friendship over these eleven years. We have meet for lunches in both Stockholm and London, discussed our practices and projects as well as our personal lives, attended each other’s openings whenever feasible, kept up to date with and supported each other’s careers. With his years of experience as both an artist and curator working across Europe he was an obvious choice of interviewee when I wrote about the potential impact of Britain leaving the EU for last year’s Supermarket publication.

For all these reasons and the quality of his work it feels so right that he is here at Glitter Ball!

The show is important for Roberto in various ways too, despite being Swedish his artistic life has always been based in London. He studied at Goldsmith’s after having completed the contemporary dance education at Laban which was the reason that he moved to London. Over the week we has mentioned more than once that only now does it feel right to be showing in Sweden – 24 years after having left! Producing the show has significantly extended Roberto’s confidence as a sculptor, he has produced pieces himself as well as having worked with fabricators to make pieces in materials that include polished steel, cast latex, iron, photography, and sound. Cleverly the show works as both an installation and a series of distinct objects. Years of working on large touring group shows and in London’s commercial art world have furnished Roberto with the wisdom to see how different audience can appreciate his work. Each beautiful piece would appeal to any contemporary collector, seen as whole there is content for discussions ranging from the biographies we construct for ourselves to the desires and fears exercised on our bodies.

This evening Roberto is giving a presentation at Omnikvaraitet (Uppsala). In the light of the coronavirus his work (past and present) takes on a new urgency and relevance. It is the first time that I have organised a Glitter Ball event at another venue, I am excited to see how it goes!