Supermarket 2010 and other stuff

For me this was a very different fair weekend to last year. For a start this year I have a relationship with the Stockholm art world that I didn’t have this time last year. I know some artists to say hello to, and some to actually talk with. I’m much more familiar with the Stockholm galleries. And though I find it difficult to admit (why?) I’m living here at the moment.

On Sunday morning I was on the wip:sthlm stand at Supermarket for a few hours. Everyone who was showing was on a rota so there were always four people on the stand and I was more than happy to do my share – it was a great way to meet some of the other wip artists as well as meeting people who came to the stand. I’d also been on the stand for the ‘press preview’ on Thursday, and spent most of Friday at Supermarket (but not on the wip stand). Sunday was good, it was interesting to meet people who go to a fair like Supermarket. Most of them were other artists, some were curators. Very few seemed to be collectors (though I guess that a lot of artists are also collectors – it’s just that we’re more likely to swap work). Supermarket is great at giving artists opportunities to meet other artists and artist-led organisations, it’s a far cry from the ubber-slick and commercial Market fair.

I enjoyed Market too – for very different reasons. I like a lot of Scandinavian art, and there was a lot of it to see. Most of the contemporary commercial galleries from Stockholm were there, along with ones from MalmÃ¶ and GÃ¶teborg. Also ones from Denmark, Norway, Finland, Iceland and Germany.

What I really appreciate is that the two fairs are proudly different from each other. And they do it without being competitive (well at least not that I noticed). They know they do different things and that they are both important. For me it sums up a lot of what I like about Sweden – that difference is just about difference and not about one thing being better or worse then another. It’s wonderful to be somewhere where there is considerably less call for value judgements.

It was lovely to catch up with Alan and Clare who run Sevenseven Contemporary Art (London), and to meet their children Lydia and Stella too. I met Alan when I had a studio in the east-end and I was in a group shows he organised at Mile End Art Pavilion about six years ago. Dawn (another Bow artist) came too, and I got quite nostalgic about the crowd I used to know about 10 years ago. I lost touch with most of them when I moved to south London. It was ridiculous to keep the studio when I lived so far away – though I tried for a year. In some ways it was great to just pick up where we left off, and in another it made me wonder how it was so easy to lose contact with people. Both Dawn’s and Alan’s work has changed hugely (as has mine) and it was wonderful to see what they are up to – I like what they’re doing.

This afternoon I started working out how to apply to the royal college here for their professional artists’ scheme. The scheme gives artists time in technical workshops and access to their facilities. It’s a bit like the AA2A (Artists Access to Art Colleges) scheme in the UK. I was very pleased to find pictures of very old work on my computer – I want to include some examples of my more sculptural work, especially my ability to cast. I’m applying to work in the sculpture department and my proposed project involves pushing what can be done with some casting processes and working with wax.

Monday (1/2/2010): sent David and Lucy most of the new images and updates for my website, the only thing I didn’t send was a new ‘artist’s statement’. I was good to see what I’ve done since they first made my website, both in terms of artworks and, for me more importantly, the additions to my cv. I feel a little embarrassed to write that but it’s true. I’m really pleased to add ‘residency’ and ‘collections’ heading to my cv, as well as a couple of shows. The work is one thing but the context of it and me means a lot to me.
Another day of dipping the strange ceramic ring/rose ornament in layers of silver glitter. I like the way the form is changing – two different people have both called it my ‘silver shit’! I guess that shit is kind of formless form. It’s not a path I want to pursue, though I need to take it on board if when I’m ‘embedding’ other objects.
Completed the artist’s information form for wip. Again I had to write a statement about my art/practice.

Tuesday (2/2/2010): Hampus and I went to a screening of Derek Jarman’s Caravaggio at the Italian Cultural Institute. They are showing a short season of Caravaggio films in conjunction with the exhibition at the National Museum. It was interesting to see it again, this time I think I was more able to enjoy the beauty of the film – it’s visually stunning. I like the Jarmanesque anomalies – the occasional modern dress, the sound of trains and helicopters, the golden ‘credit card’ calculator that now looks so 80s.
It was also a great opportunity to see the Italian Institute. Gio Ponti designed it back in the 50s and it hasn’t changed much. His original furniture and fittings are still there. It’s great to be so close to, to actually feel and experience, things designed by a world class architect.

Wednesday (3/2/2010): evening: I took my ‘untitled: embedded object SG1’ over to wip:sthlm. I really miss being there and having the studio. I’m starting to get that ‘itchy’ feeling that I used to get when I hadn’t been to the studio in a couple of weeks, now that I don’t have a studio it’s not so easy to know how to scratch that itch. Making a small piece in the house was ok, but it wasn’t the same has having a studio. A studio is more than somewhere to make work, for me it’s a place to think, to experiment, to play, to have coffee, to be quiet, to write – basically it’s where I feel most like an artist.
Alex offered to share her studio with me but until I know I have some income I don’t want to make a commitment that I might to be able to honour. So Stuart, it’s time to find some paid work.

Thursday (4/2/2010): Brilliant! David and Lucy have updated my website. I need to send them a few more details, but basically it’s all there. They noticed that the link to the cpartists website isn’t working which is annoying. Since cpartists ‘dissolved’ we’ve never resolved what to do about the website, Tine and I like the idea that it stays as a legacy of the work we did, however it seems that because no-one is really responsible for it that somehow it’s ‘gone down’. There should be a direct debit to pay for it but perhaps it needed confirming

It’s now Friday, the following week. Time is running away with me. I’m going to publish this blog entry that I wrote last week … even though it feels a little out of date …

I can’t beleive that this time next week I’ll be at Supermarket. 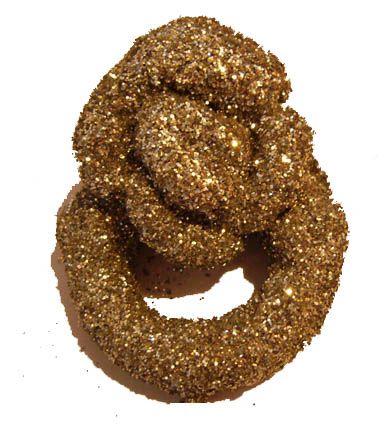