Artists + Instagram: The March of the Artists - a-n The Artists Information Company 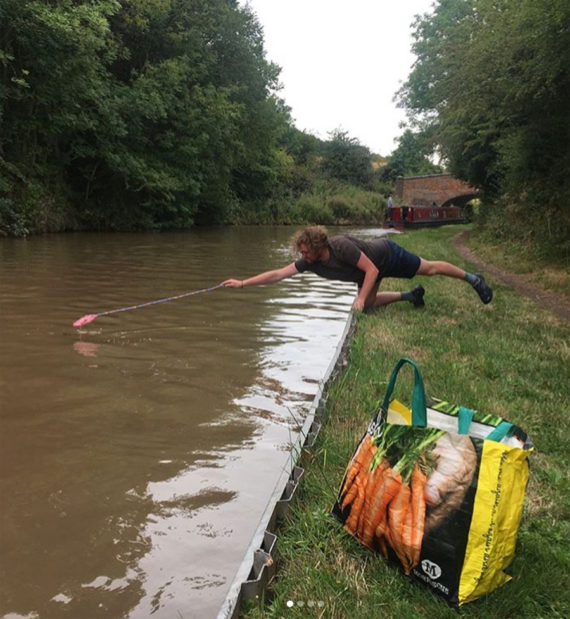 Through hash tags and location searches the Instagram feed @marchoftheartists is a collective method to document stages of an artists’ walk from Manchester to London, while also increasing participation by sharing its progression with wider networks.

Taking historical inspiration from The March of the Blanketeers – a protest against low pay and discriminatory working conditions by Lancashire cotton workers in March 1817 – Lauren Sagar, John-Paul Brown and Eve Robertson are walking the route along rivers and canals to highlight the displacement of artists in Manchester and Salford.

Writing on her a-n blog, Sagar explains the impetus for the project: “In the last 18 months, at least eight studio groups have been forced to move out of [Manchester] city centre premises to make room for the development of mainly luxury accommodation. This has stimulated a number of exciting and dynamic artist-led projects to develop… .”

The Big Send Off!11.30am Sun 29th July. Come and wave us off on our 28 day walk to London from Manchester along the rivers and canal network. Details at www.facebook.com/marchoftheartists We arrive in London on Aug 25th. Many mini events planned along the way. This project, undertaken by 3 artists, is supported by Arts Council England and provides a platform for serious discussion about the diminishing number of city centre workspaces for working artists. #marchoftheartists #theblanketeers @laurensagar @johnpaulbrown_ @natalie_textiles @manchestereveningnews @manchester_lifestyle @amandah1971 @rogueartists_studios

To widen visibility of the current plight of Manchester-based practitioners, since beginning the walk on 29 July the trio have welcomed anyone to join them along the way for “an hour, a day, a weekend”.

They explain: “There’s a strong history of walking as a means of increasing visibility. Our shared focus on why we are doing this walk as a group keeps us going, even when it is tiring or uncertain. Instagram has become a way to communicate and share stories of people we meet along the way.”

While being aware of the “big differences” between historical and current events, the group still recognise that “getting on the road is a public and visible act”, connecting people who wouldn’t otherwise meet.

Instagram heightens this ability to connect. As they share their experiences from “multiple angles”, comments and messages are stored for them to look back on, and they value the ability the app provides to view the project as they go “from a real-time perspective”.

They are also using the feed as a growing archive, and in the end will collate a box of Instagram prints as a reward for pledgers to their crowdfunding campaign, which raised £1,857.

As the walk has progressed, the artists have engaged with communities living on canal routes along the way and hosted events in places such as canal-side cafes, libraries and museums.

On Saturday 18 August, as they walked from Milton Keynes to Leighton Buzzard, the group invited Instagram followers to help create a dispersed parallel-walk event, whereby others joined them online to share plastic bags full of findings.

The March of the Artists is anything but an isolated event. Brown, Robertson and Sagar see how through its “great magic” (and search engine), Instagram can be a place to reach others and share, aggravate, and even protest about current issues affecting artists today.

They add: “Geo tagging is useful for reaching people in similar areas, and those travelling through at a later date can discover our project. Through that process we are discovering other artists addressing similar issues.”

The project’s final walk to Parliament Square, Westminster takes place on Friday 24 August at 3pm, starting from the In Town statue on the south side of Battersea Bridge, close to Royal College of Art. After walking the four miles to the Millicent Fawcett statue they will read their petition concerning artist visibility, drawn from their experiences on the 240-mile march. All are invited to join them. 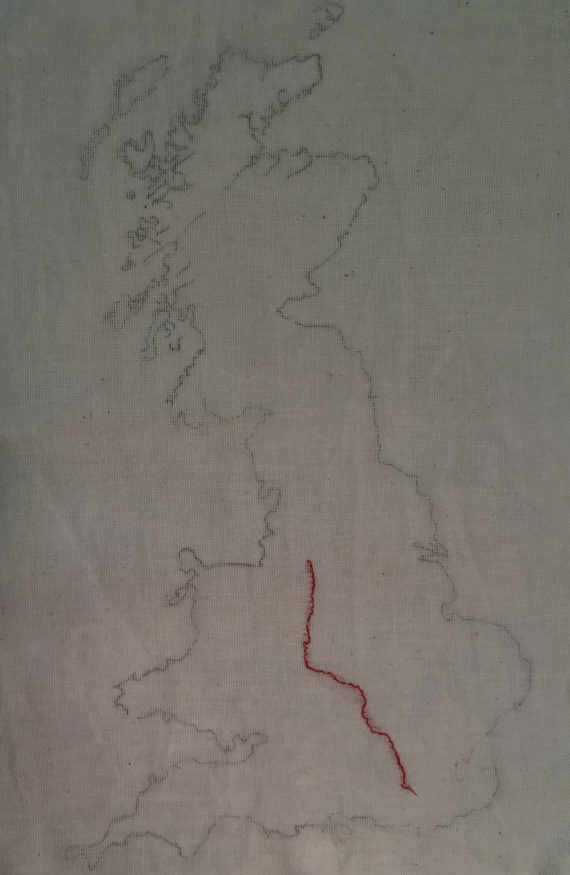