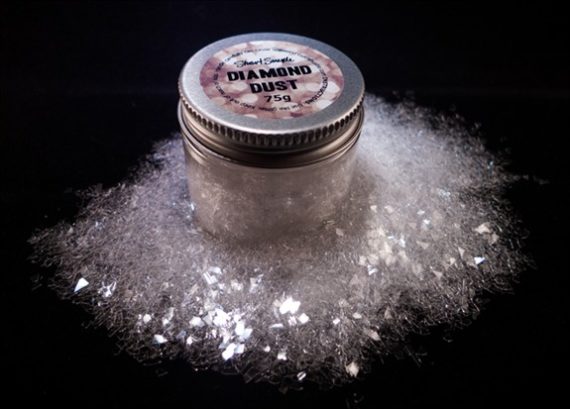 Anish Kapoor banned from world’s most glittery glitter British artist Stuart Semple releases The World’s Most Glittery Glitter, Diamond Dust, just in time for Christmas – to all but Anish Kapoor. Semple’s recent release of Pink was his first witty dig at Kapoor, who famously acquired exclusive rights to use the world’s blackest black in his art.

Further cuts for Birmingham arts organisations The leaders of the city’s recent Cultural Investment Enquiry are demanding ‘a radical new proposition’ for the way the sector and the city council work together. The council will award £3.177m to the city’s major arts organisations in 2017/18, down from £4.645m this year – a 32% reduction.

Centrepoint developer Harry Hyams leaves huge art collection to the nation in £487m will Bequest will mean that many priceless works of art will be seen in public for the first time, while others will be saved from potential foreign buyers and remain in Britain permanently.

Sir Nicholas Serota wins Bard curatorial award The outgoing director of Tate, who is set to become the new chair of Arts Council England next February, will receive the award, along with a no-strings-attached $25,000 prize, at a gala on April 3 in New York City.

Tracey Emin’s David Copperfield house axed ahead of planning appeal The scheme at 66-68 Bell Lane, Spitalfields, east London would have replaced a locally-listed block of 1920s council flats and had been refused planning by Tower Hamlets council earlier this year.

Community mural in Gdansk taken by British art dealer Mural commissioned by the Laznia Center for Contemporary Art in Gdansk and created by street artist Stik in collaboration with a number of young people from the city has been taken by art dealer and BBC reality television star Andrew Lamberty, cut into pieces, and made available for purchase in his London gallery.

Bern inherits Gurlitt collection as court rejects cousin’s challenge to will Decision brings to an end months of uncertainty hanging over the collection of around 1,500 works, including art by Claude Monet, Paul Cézanne, Ernst Ludwig Kirchner, Otto Dix and Gustave Courbet. A court in Munich dismissed a challenge to his will by his cousin Uta Werner, who had maintained that the elderly hoarder Cornelius Gurlitt was mentally unfit to make a will.

Sandy Nairne portrait at National Portrait Gallery will be first big work by Chuck Close to enter public collection in UK Huge portrait of the former director of the National Portrait Gallery, Sandy Nairne, is to be the first important work by American artist Chuck Close to enter a public collection in Britain.