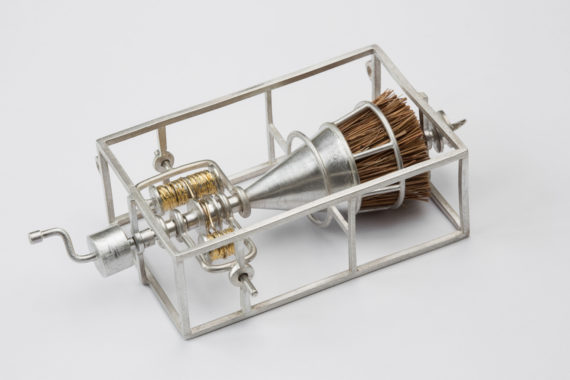 26 artists and makers have been shortlisted for The John Ruskin Prize 2017. Chosen from over 1,000 entries, this year’s prize celebrates the concept of ‘artist as polymath’.

Building on Ruskin’s legacy, the prize presents works by both emerging and established artists and craftspeople whose work ‘defies categorisation, dissolves boundaries and has a joyous disregard fro the conventions of their chosen materials and disciplines’.

The resulting exhibition, ‘Master of all Trades’, takes place at Sheffield’s Millennium Gallery, where on Tuesday 20 June the winners will be announced at a prize-giving ceremony.

The winners will be selected by a jury comprising Kirstie Hamilton of Museums Sheffield, sculptor Zachary Eastwood-Bloom, artist Mandy Payne, Julia Bell (former head of partnerships at Baltic), Dr Rachel Dickinson of The Guild of St George, and Kate Mason of The Big Draw.

Set up in 2012, ‘Master of all Trades’ is the fourth edition of the prize which was established by The Big Draw in partnership with its founders The Guild of St George – an arts education charity founded in the 1870s by John Ruskin on ideas of social justice.

Master of all Trades takes place at the Millennium Gallery, Sheffield from 21 June – 8 October 2017