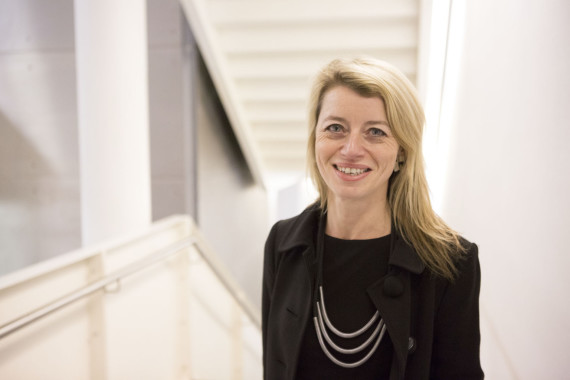 Bristol’s Arnolfini gallery has announced that CEO Kate Brindley will be leaving the organisation in the new year. She is to take up a new role as director of collections and exhibitions at Chatsworth.

Brindley joined Arnolfini as interim director in April 2014 having previously been director of Mima, Middlesbrough.

Speaking about her time at Arnolfini, Brindley said: “Leading Arnolfini’s transformation and reinvention during such challenging times has been a privilege.

“Contributing to the historic and contemporary relevance of Arnolfini and the city of Bristol, nationally and internationally has been immensely inspiring and rewarding.”

Helen Davies, current director of audience engagement, has been appointed interim CEO. She said: “It has been exciting to play such a leading role in shaping the ethos and vision of Arnolfini alongside Kate. We owe her a lot.

“The confidence of the organisation is in a good place and whilst we will miss Kate’s presence we have a highly skilled and motivated team to help drive us forward.”

After a period of financial instability which saw the organisation’s exhibition programme temporarily on hold, Brindley is credited with getting the venue back on track, to the extent that Arnolfini was a finalist for The Art Fund’s 2016 Museum of the Year award.

Interim chair of the board of trustees, Anna Southall, commented: “[Brindley’s] tenure has led to a revival of Arnolfini’s reputation with a stunning artistic programme…”

During her time in charge, Brindley also negotiated with the University of the West of England to create a new partnership between the arts organisation and the university, aimed at safeguarding the upkeep and prominence of Arnolfini’s harbour side home.