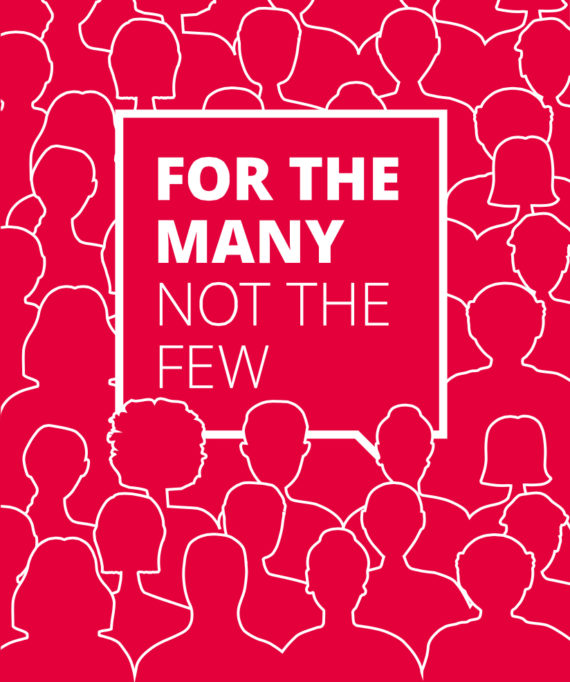 Labour leader Jeremy Corbyn has launched Labour’s election manifesto, For the Many, Not the Few, with a promise to introduce a new arts pupil premium for primary schools in England.

Equating to a £160 million annual boost for schools to invest in projects that will support cultural activities, Labour claims the funding will ‘put creativity back at the heart of the curriculum’. There will also be a review of the EBacc performance measure to ‘make sure arts are not sidelined from secondary education’.

In addition, the party plan to launch a creative careers advice campaign in schools to demonstrate the range of careers and opportunities available, and the skills required in the creative industries, from the tech sector to theatre production.

A new a £1 billion capital fund will pay for an upgrade to existing cultural and creative infrastructures to make them ‘ready for the digital age’. Investment will come in the form of creative clusters across the country. Based on a similar model to enterprise zones, these would be administered by the arts council, with the fund being available over a five-year period.

The manifesto also mentions fair pay for those working in the arts, claiming: ‘too often the culture of low or no pay means it isn’t an option for those without well-off families to support them.’ Labour will work with trade unions and employers to agree sector-specific advice and guidelines on pay and employment standards, making ‘the sector more accessible to all’.

Labour has also announced it will maintain free entry to museums, claiming Conservative cuts to arts funding and local authorities have created a tough financial climate for museums, with some closing or reducing their services, and others starting to charge entry fees. A cultural capital fund will focus on projects that could increase the income of museums and galleries.

The party has also pledged to address the ‘value gap’ between producers of creative content and the digital services that profit from its use. The manifesto states: ‘We will work with all sides to review the way that innovators and artists are rewarded for their work in the digital age.’

A portion of the manifesto also focuses on making music venues more resilient, with Labour aiming to support the music industry’s infrastructure. There will be a review extending the £1,000 pub relief business rates scheme to small music venues, while Labour will introduce an ‘agent of change’ principle in planning law, to ensure that new housing developments can coexist with existing music venues.

Beyond the arts, other key headlines from Labour’s manifesto include a proposed 45p income tax on those earning above £80,000, and those with salaries above £123,000 paying a new 50p rate. Labour say it will raise £48.6 billion from higher taxes, including placing levies on companies with excessive pay, raising corporation tax to 26%, cracking down on tax avoidance and ending corporate tax relief.

Labour say that the money raised will pay for its flagship pledges, including scrapping university tuition fees, at a cost of £11 billion, £5 billion for free childcare and an extra £7.7 billion of spending on health and social care. The manifesto also commits to nationalising several industries, including the railways, Royal Mail, water companies and energy supply networks.

Read the full Labour election manifesto, For the Many, Not the Few