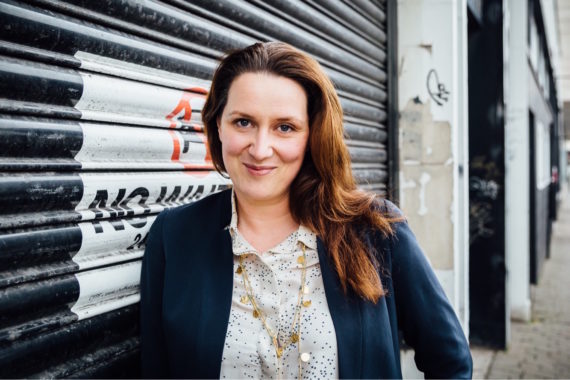 Sillars has been at Site Gallery for seven years. Her previous roles include programme director at FACT, Liverpool curator of public programmes at Tate Liverpool.

Commenting on her new role, Sillars said: “Taking on the role of director in one of the UK’s leading institutions for modern and contemporary art is a huge honour.

“The opportunity is outstanding as MIMA has a track record of expertly curated exhibitions, it has pioneered the civic role of arts organisations and is supported by a unique partnership with Teesside University.

“The region has set ambitious aims to connect, grow and build and I look forward to working with colleagues to help shape the future both of the gallery and the wider cultural landscape.”

MIMA became part of Teesside University in 2014. Professor Paul Croney, vice-chancellor and chief executive of the university, said: “We are delighted to announce Laura Sillars as the new director of MIMA.

“She has a great deal of experience and expertise working in museums, galleries and education and I am sure she will play a leading role in continuing to enhance MIMA as a leading national and international gallery.”

Alongside its programme of changing exhibitions MIMA – which under Hudson championed the idea of “useful art” that benefits and contributes to wider society – now features a permanent display of the Middlesbrough Collection. This consists of works made by British and international artists from the mid-1800s to today, and includes a number of recent contemporary acquisitions.

Speaking about Sillars’ appointment, Sharon Paterson, Teesside University and MIMA’s associate director, culture and engagement, said: “We are very much looking forward to the contribution Laura will make, bringing her wealth of experience and furthering the cultural community in the North East region and beyond.”

Sillars will take up her new role this summer.