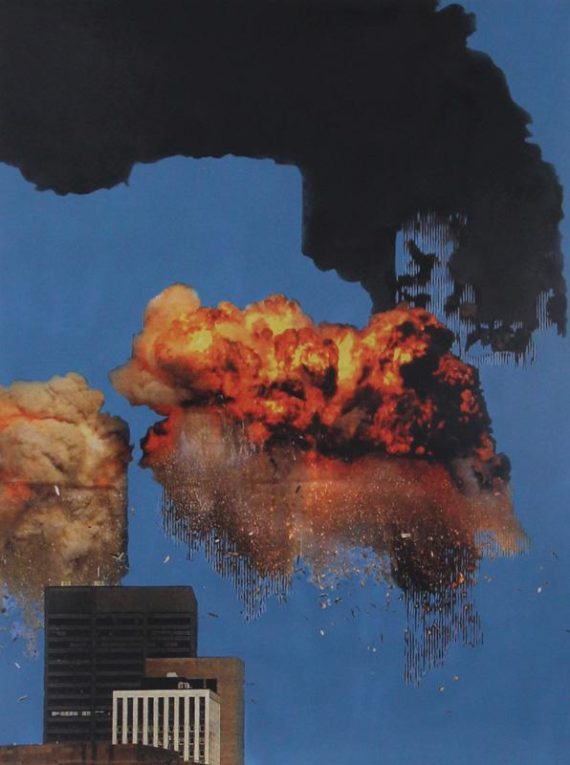 1. Nothing But Blue Skies: Looking back at the media’s image of September 11th
This group exhibition brings together works from Thomas Ruff, Joan Fontcuberta, Walid Raad and others to actively look upon the symbolic image of the twin towers through the repetition, accumulation and re-description of photographs taken on September 11th. Our thoughts settle initially on Hans-Peter Feldman’s collection of newspaper front pages showing the now-iconic view of the smoking World Trade Center – at once a representation of the event and the event itself – while other artists utilise varying strategies to either deconstruct or avoid the vast partouze of imagery entirely. Tightly curated by Mélanie Bellue and the festival’s director, Sam Stourdzé, the exhibition summons the idea that September 11th was the day that heralded the advent of a new era in media representation.
Until 11 September at Capitole 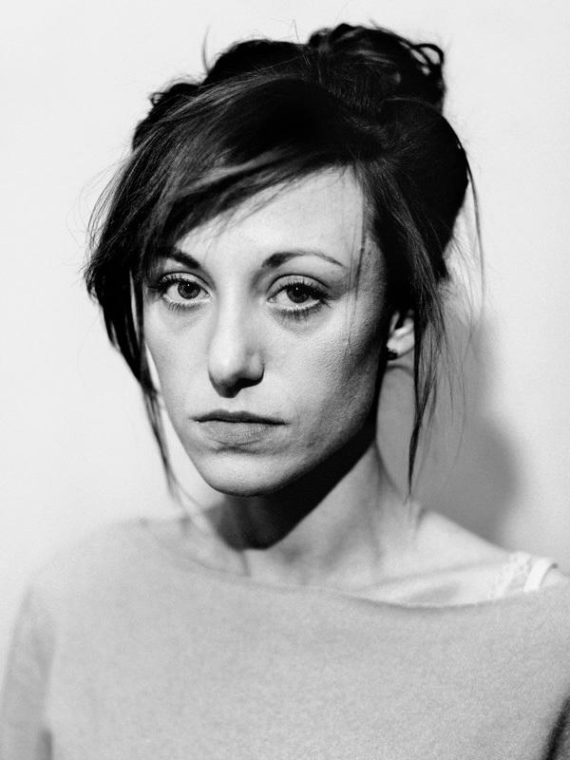 2. Laia Abril, A History of Misognyny, Chapter One: One Abortion
Laia Abril’s latest work is ambitious in scope and extreme in its scrutiny. A History of Misogyny, Chapter One: On Abortion mines a colossal amount of research to offer a reverberating survey of the risks and repercussions of women’s access to safe, legal or free abortion – or lack thereof. Terrible truths are examined in this sober take on its ethics and morals via portraits, testimonies – both written and audio – and crass objects such a chair with stirrups or a pile of coathangers dotted around the exhibition space. What emerges is Abril’s continued and rapid ascent as a fantastic artist. Harnessing a multi-platform and inventive documentary practice to story-telling, she once again boldly squares up to certain taboos and stigmas with compassion and empathy.
Until 25 September at Magasin électrique 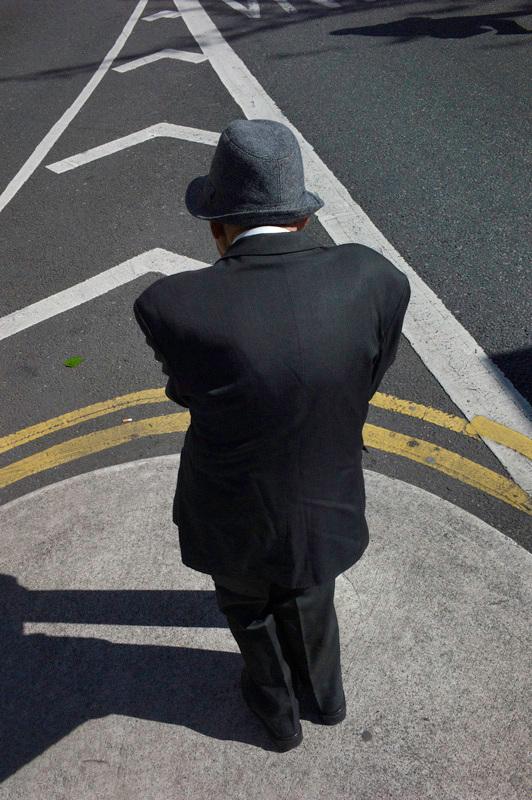 3. Eamonn Doyle, End.
In Eamonn Doyle’s brand of oddly-aerial street photography solitary figures are for the most part seen just walking in Dublin, but are also pictured rummaging through handbags, stashing away multiple packets of cigarettes or laden with the week’s food shopping. There is no single protagonist or unfolding drama – just the weight of life and tedium of people going about their everyday business.

Here, his End. series is presented as an immersive and elaborate installation. It cleverly combines wall-sized vinyl imagery with a towering structure – mimicking the Family of Man grid of images – to divide the space while offering revealing sightlines onto other works. Sound, scale and low light levels are also deployed to dramatic effect in a manner that adds value to the experience of the actual work, thus elevating it beyond the mere seduction of scenography.
Until 25 September at Espace Van Gogh 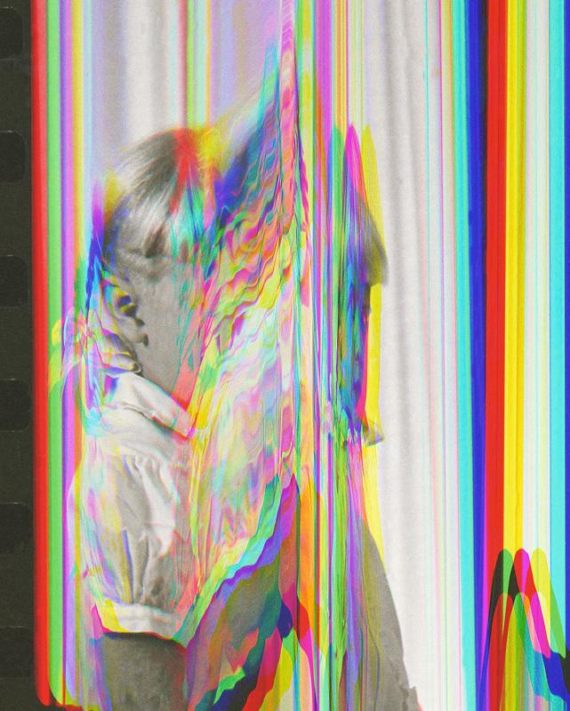 4. Sara Cwynar, Flat Death
Sara Cwynar’s inclusion in the Discovery Award comes courtesy of her nomination from curator Stefano Stoll – a standout exhibition in an otherwise weak section of the programme that is geared towards revealing new forms, figures and means of representation. In the Canadian artist’s hands appropriated commercial images from a bygone era undergo drastic digital transformations through purposeful mistakes, trickery or the course ingenuity of Photoshop. Individual images appear in constant flux, half registered yet unstable. They reflexively bounce back at viewers, suggesting a journey between conventional outlets and digital equivalents to resolve into an anachronistic, complex and strangely emotional body of work that muses on the faded glamour of fetishised objects in the virtual age.
Until 25 September at Grand Halle 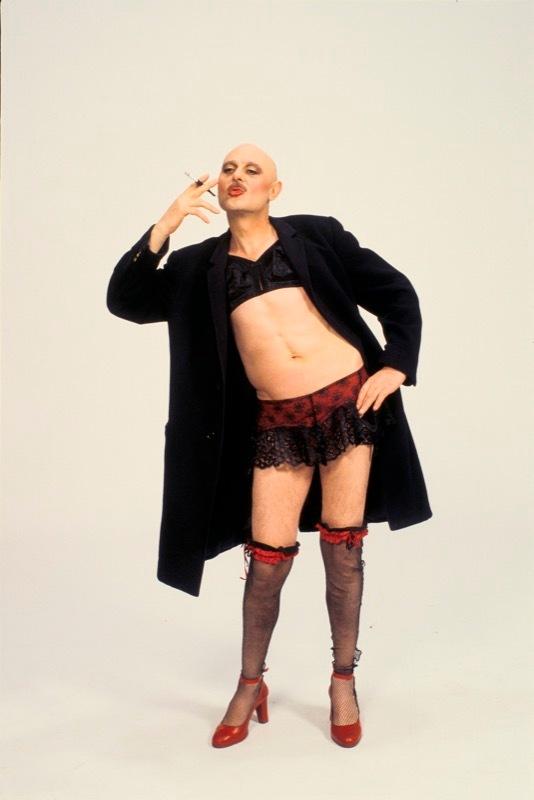 5. Hara Kiri Photo
Co-curated by Thomas Mailander and Marc Brukert, this mad hat exhibition draws upon material from Hara Kiri, the absurdist French newspaper founded in 1960 by François Cavanna and Georget Bernier. Infamous for its base, debauched and scatological humour – albeit filtered through the work of three generations of cartoonists – it enjoyed a manic and controversial existence before ceasing in 1985 with photography also playing an instrumental role in its subversive appeal. Here the display of original photographs offers a behind-the-scenes look at the staff’s antics and derision to provide precious insight into the editorial-vision-cum-performance-art that tapped into a charged and contentious moment in French society. A tantalising installation that recalls the group’s anarchic impulse – but brilliantly so.
Until 25 September at Grand Halle