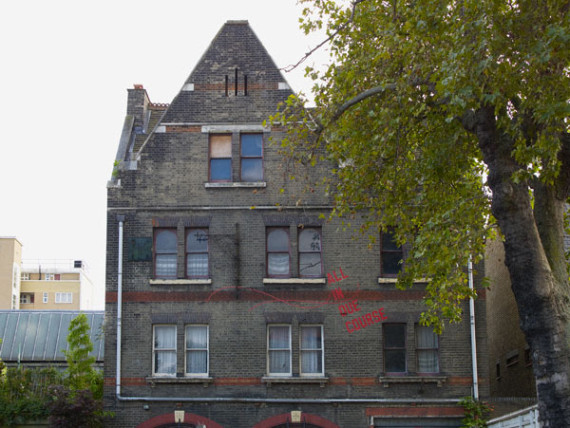 Cultural organisations and creative businesses are among those to benefit from a new £20m fund announced by Mayor of London Boris Johnson MP. The London Regeneration Fund has awarded grants to projects aimed at tackling the shortage of affordable creative workspaces for artists and creative entrepreneurs.

The successful proposals create new open workspaces such as incubators, co-working spaces, maker-spaces and artists’ studios, or secure their long-term affordability, which Johnson sees as “key to the continued growth of London’s creative economy and its global reputation as a leading city for creativity”.

Successful applicants include South London Gallery, which will receive £600,000 towards restoring the former Peckham Road Fire Station, which is situated just 120 metres from the gallery’s main site.

The building, gifted to SLG by an anonymous donor, dates from 1867 and will become a mixed use cultural centre and art gallery. “The Mayor’s London Regeneration Fund grant will go towards unlocking a further £1.5m earmarked for the project by the Heritage Lottery Fund,” said the gallery, which expects to open the new space in 2018.

The Battersea Arts Centre will be awarded over £500,000 towards a new incubator hub for start-up and early-stage creative businesses within the arts centre. The hub will include an open studio for flexible working and each member will be required to offer two hours of their time and skills per month to other hub members and to participants of complementary initiatives.

Other recipients include Cell Studios, which will receive match funding of £75k to provide artists’ studios in Hackney Wick, converting 650m2 of workspace in a vacant heritage building.

The Bow Packing works site in the borough of Tower Hamlets – previously vacant for over ten years – will be refurbished for co-working space, artist studios, workshops, event space and a bar/restaurant, unlocking 7,600m2 of new workspace.

In Enfield, two industrial sheds will be transformed into open workshops for makers and artist studios, with shared facilities; in Richmond, the ground floor car park of a 1970s Magistrate’s Count will be converted for creative making uses.

The programme was established by the London Enterprise Panel using funds secured as part of London’s ‘Growth Deal’. It will grant £20m in capital funding between 2016 and 2018 to support regeneration of London’s high streets and places of work.