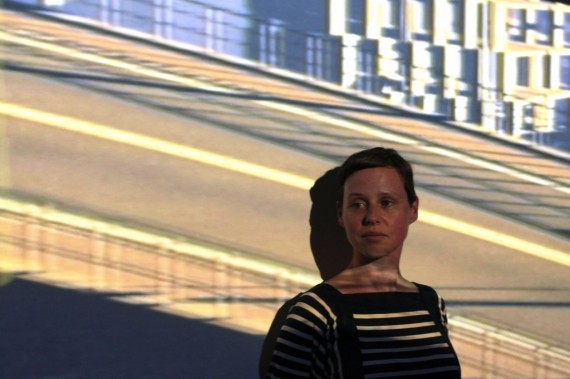 Katerina Athanasopoulou has won the $3000 Lumen Prize 2013 for digital fine art with her work Apodemy, an experimental film that explores the theme of emigration through 3D animation.

The RCA animation graduate first made the work as an installation in Plato’s Academy park in Athens, thought to be an ancient site of teaching, using caged birds falling amongst ruins to comment on the current economic and social situation.

“I thought it fitting to work with Plato’s hypothesis of the human soul as a birdcage, where knowledge is birds flying,” said Anthanasopoulou. “As a Greek who migrated to London, I’m struck by all the unfinished buildings that have been left behind by the crisis, that look themselves like empty cages. In a time when Europe seems to be imploding, this is my portrait of Athens.”

Other prize-winners are: runners-up Bonjour Interactive Lab who receive $1000 for their work Passage, Nicolas Feldmeyer who receives $750 as third-place finalist with his project Afterall, and Genetic Moo who won the £250 Founder’s Prize for Mother, awarded by Lumen CEO and Founder Carla Rapoport. The $250 People’s Choice Award goes to UK-based Ginevra Boni for Wilderness.

Work is displayed using large-scale screens, PCs, tablets, smartphones and high-definition projectors and the exhibition featuring 50 works will tour to London, New York and Hong Kong. The prize has a three-year partnership with the City of Cardiff, where it is based, and where the opening exhibition and award announcement takes place each year.

Set up in 2011 by Treberfydd Foundation director and former financial journalist Carla Rapoport, the not-for-profit Lumen Prize Exhibition donates all proceeds after costs to Peace Direct, its partner charity.

The Lumen Prize Exhibition 2013 of the 50 top selected works travels to New York’s NYIT Gallery 61 in November, The Space in Hong Kong in February 2014 and London’s Triangle Space, Chelsea School of Art and Design, in March.