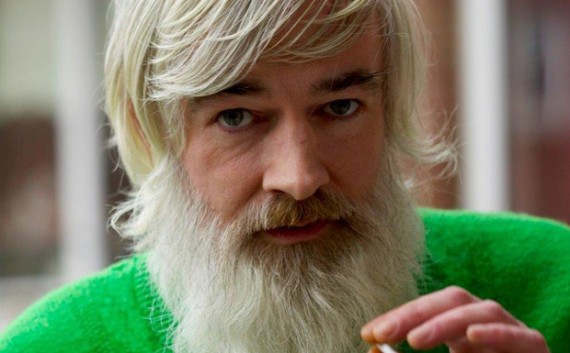 Harahan, who was a featured artist at September’s Berwick Film and Media Arts Festival, uses an inexpensive hand-held camera to create films of Belfast street life and other everyday situations, which he then soundtracks with  everything from hip-hop to folk.

Acting as a kind of benign voyeur, his work documents seemingly ordinary scenarios while somehow digging deeper to reveal dark truths and unresolved conflicts. Reviewed by a-n News in September, his work was described as having a ‘dirty beauty and humane inquisitiveness’.

Announcing the award, the prize’s jury said: “Seamus Harahan was selected for this year’s Jarman Award thanks to his amazing eye and his intuitiveness, both of which come to the fore in his vignettes of urban life.

“Elegantly and effectively scored and crafted with a simplicity of means, he makes profoundly beautiful and deeply engaging films that push the boundaries of art and documentary. His work is moving and humorous, making him winner of this year’s Jarman Award.”

Also announced last night was the winner of the inauguaral Jules Wright Prize for female creative technicians. The £5000 award went to cinematographer Noski Deville, who has worked with artists such as Steve McQueen, Isaac Julien and Alia Syed.

Berwick Film and Media Arts Festival: Awkward, engaging and on the edge