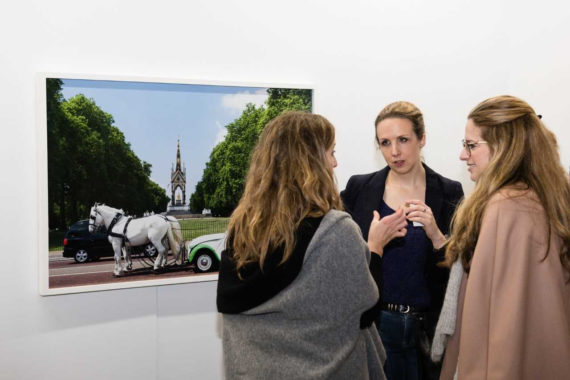 This weekend sees the return of the UK’s largest art fair outside London, The Manchester Contemporary. Now in its 10th year, the fair features over 100 exhibitors including various artists and galleries, plus a range of talks and events.

The fair is known for being particularly artist-focused, with this represented in the types of galleries taking part. This year’s exhibitors include Stoke-on-Trent based artist-led organisation Airspace Gallery, which is showing work by Ian McIntyre, Anna Francis, Jenna Naylor, Peter R Smith, Rebecca Davies and The Portland Inn Project.

There is also a joint partnership between Castlefield Gallery and Venture Arts, ‘Spilling Out’, which features new and existing works by artists who live and work in the North West region. Artists include: Frances Disley, Barry Anthony Finan, Jennie Franklin, Katie Tomlinson, John Powell-Jones, Ahmed Mohammed and Leslie Thompson. 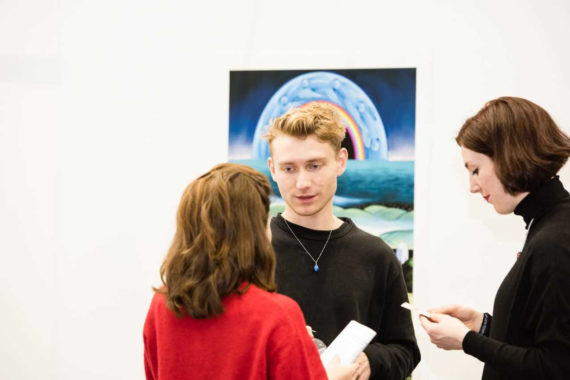 Other exhibitors include Salford-based Mark Devereux Projects, which specialises in supporting artists during transitional stages in their career by working collaboratively. For this edition of the fair, it is showing work by artist Charlie Franklin.

Artist-run commercial art gallery Paper, which specialises in emerging and mid-career artists whose practice is based around the medium of paper, is exhibiting artists including Lisa Denyer, Ruth Murray, Olivia Punnett and Hannah Wooll.

The 2018 fair includes a new international focus, with galleries from Lisbon, Rotterdam, Dublin and other European cities taking part. Berlin-based Grimmuseum is showing work by Ada Van Hoorbecke, while Dublin-based Kevin Kavanagh is presenting the assemblage work of Richard Profitt.

There is also a stand from Asia Triennial Manchester, Europe’s only triennial dedicated to contemporary visual art on the theme of Asia, which continues in venues across the city until 21 October. Other exhibitors include Liverpool Biennial, the artist-run studios and project space Paradise Works, and Gateshead’s Workplace Foundation.

This year’s fair is curated by Nathaniel Pitt, founder and director of the Division of Labour galleries. He takes over from the now-closed Salford-based gallery International 3, which had coordinated The Manchester Contemporary since 2009.

Pitt commented: “We have gone from strength to strength over the last ten years, and now we are presenting our strongest roster of contemporary art galleries and artists to date. I have concentrated on bringing back key previous exhibitors alongside some new galleries, offering the best from across the UK and internationally.

“As curator, I am hugely excited to bring these galleries to Manchester, making this a more accessible fair for the audience, collector and gallery alike and providing a unique, critically-engaged environment for viewing and buying art.”