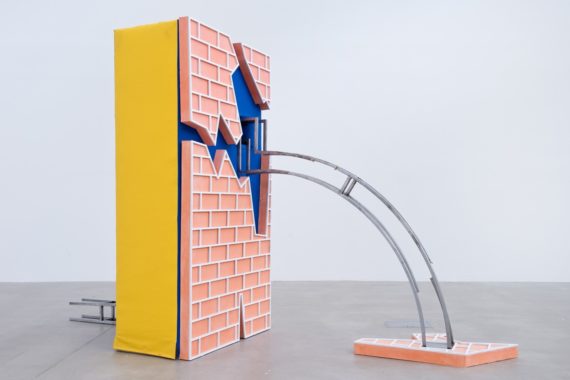 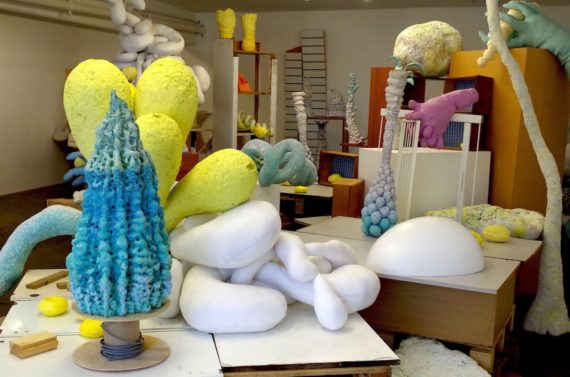 The shortlisted artists were selected by a judging panel consisting of: Clare Lilley, director of programme, Yorkshire Sculpture Park; Cathie Pilkington RA, British sculptor; Rebecca Scott, artist and Mark Tanner Trust; and Frances Richardson, winner of the Mark Tanner Sculpture Award 2017/18.  The 2018/19 winning artist will be announced on 17 May 2018.

Staff cuts at National Gallery as visits fall by a third The National Gallery in London has cut its staff by seven per cent due to visitors being down by more than a third last year, a drop from 1.94 million in 2016 to 1.27 million in 2016. The London Evening Standard reports that 24 staff left ‘in a voluntary process’. A spokesperson for the gallery told the paper the cuts, which “to make sure that we are as efficient as possible, to streamline our core costs and ensure we are in the best possible shape for the future”.

Collector sues Gagosian gallery and Jeff Koons Studio for non-delivery of three sculptures A prominent New York collector and art patron is suing Gagosian Gallery and Jeff Koons in the New York Supreme Court for the non-delivery of three Koons’ sculptures for which the collector has already paid more than $13 million. Art News reports that a 53-page complaint cites a ‘five-year quest of Museum of Modern Art trustee Steven Tananbaum… to take possession of three unrealized sculptures by Koons, including Balloon Venus Hohlen Fels (Magenta), 2013–15′.

Chris Ofili painting, once called “Degenerate” by Trump, gifted to Museum of Modern Art by Trump supporter The painting, The Holy Virgin Mary (1996), sparked a political scandal when it was exhibited at the Brooklyn Museum in 1999. At the time, Donald Trump told the New York Daily News: “It’s not art. It’s absolutely gross, degenerate stuff. It shouldn’t be funded by government.” The work has now been donated to MoMA by hedge fund manager Steven A. Cohen who gave $1 million to President Trump’s inauguration last year.

UK arts councils launch cultural cities enquiry The UK’s four arts councils have come together to launch a new enquiry into the resources available for culture in cities, with the aim of exploring the key factors that affect the sustainability and effectiveness of cultural organisations. Arts Professional reports that the enquiry will ‘bring together leaders from the cultural, education, design, development, hospitality and technology sectors through a series of roundtable events, expert interviews and meetings of a newly created board’.

Marcia Hafif, California artist who found her calling in Italy, has died, aged 89 The painter, who was largely overlooked for much of her career, had in recent years been getting the recognition many felt she deserved. The Art Newspaper reports that Christian Bernard, the former director of the Musée d’art Moderne and Contemporain in Genèva, said of Hafif: “May the artistic community at last do her pioneering work of the 1960s justice. May the painting she deployed since the 1970s find the place it deserves in our history.”