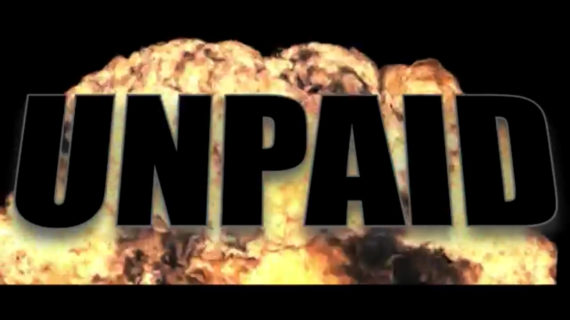 London-based ‘professional video editor and general creative person’ Ewan Michael Riley was not impressed by MP Ben Bradley’s recent request for someone to make him a ‘slick and engaging’ promotional film for free. So he decided to make a film anyway – although it’s unlikely the Conservative MP for Mansfield will be using it.

In a post on Facebook, Bradley had said: “I’m after a talented video editor who can put me together a really good short film. My team are looking for some help on a voluntary basis from someone with the digital skills to make something really slick and engaging.”

In response, Riley has created a satirical video featuring examples of some of Bradley’s most contentious past statements, set to dramatic music and explosive visuals.

This includes Bradley claiming ‘public workers should quit if they don’t think they’re paid enough’, a call for the police to play ‘splat the chav’, and a claim that ‘benefit claimants should be sterilised’.

The video reaches a crescendo with the text ‘but now Ben Bradley MP wants video editors to work for him unpaid’.

Ben Bradley MP wanted a ‘slick and engaging’ promotional film made for him free of charge. So I made one. @TheRedRoar@forexposure_txt@OwenJones84#SocialistSunday#ToryChaospic.twitter.com/O1vTK7W8Sz

Following a backlash on social media, Bradley updated his original Facebook post, saying: “It’s not slavery. If you don’t want to do it, don’t do it… It’s no different to people who offer to deliver leaflets or come out and speak to residents with me of an evening… I think the outrage below is a little dramatic, to say the least.”

Artists sign open letter protesting the temporary dismissal of director Catherine de Zegher from the Museum of Fine Arts in Ghent, Belgium The letter was released after de Zegher was suspended following reports that the museum may have mounted forged artworks in the ‘Russian Modernism 1910–30’ exhibition of Russian avant-garde art.

The exhibition was closed shortly after opening last year when a group of Russian avant-garde art experts raised their suspicions over the provenance of some of the works, which they claimed were not been mentioned in any scholarship.

The letter, which was signed by over 60 artists and creatives, states: “The scope of allegations and measures of isolation of a director and curator internationally recognized for her artistic vision, her championing of art by women and art from diverse cultures, her broad knowledge and expertise, her ceaseless curiosity, the relevance of her museum programming and the quality of her widely influential exhibitions and many books, stupefy us.”

Amongst those offering their support for de Zegher are artists Eija-Liisa Ahtila, Luis Camnitzer, Bracha Ettinger, Cristina Iglesias and Nikolaus Gansterer. Other signatories include Ann Gallagher, Tate Modern’s director for the collections of British art, and Catherine David, deputy director of the Centre Pompidou in Paris.

Buyer of destroyed Banksy artwork will go through with purchase The unnamed buyer of Girl With A Balloon has agreed to still purchase the work for £1.04m, despite it self-destructing shortly after the purchase at a Sotheby’s auction last week.

As the Guardian reports, the female European collector and longstanding client of Sotheby’s, said: “When the hammer came down last week and the work was shredded, I was at first shocked, but gradually I began to realise that I would end up with my own piece of art history.”

Banksy posted a short video on social media explaining that the device was secretly built into the painting “a few years ago in case it was ever put up for auction”.

The work has been given a new title, Love Is in the Bin, with Alex Branczik, Sotheby’s head of contemporary art, Europe, explaining: “Banksy didn’t destroy an artwork in the auction, he created one. It is the first artwork in history to have been created live during an auction.”

The report by Consilium consultancy highlights calls for the government to carry out an audit of skills required by the creative industries, while also highlighting areas where more research is needed to assess where skills gaps exist.

The report’s authors were tasked with exploring how leadership, workforce development and workforce diversity have changed in the arts since 2010. Over 100 studies were analysed, covering multiple artforms.

Chloe Vaitsou appointed international director of Art Dubai Formerly the head of audience development for Frieze Fairs, Vaitsou will take up her new position in December, working between London and Dubai.

Commenting on her new role, she told Artforum: “Art Dubai has been the catalyst for the growth of the region’s art scene over the past decade. I’m excited by Art Dubai’s plans to grow the brand internationally and I hope my international experience will support these ambitions.”

The appointment follows a difficult few months for the fair, which has seen the departure of director Myrna Ayad and the loss of its main sponsor, the private equity firm Abraaj Group.

Sixteenth-century painting by Titian damaged after falling off wall The work was on display in Spain’s Royal Monastery of San Lorenzo de El Escorial when it came loose, falling onto a nearby dresser. This caused a horizontal tear to a lower part of the canvas, although the figure of Christ was left undamaged.

The work was immediately sent to the restoration workshops at the Royal Palace of Madrid to be restored.