Museums Association survey: danger that services "will be wiped out" by cuts - a-n The Artists Information Company 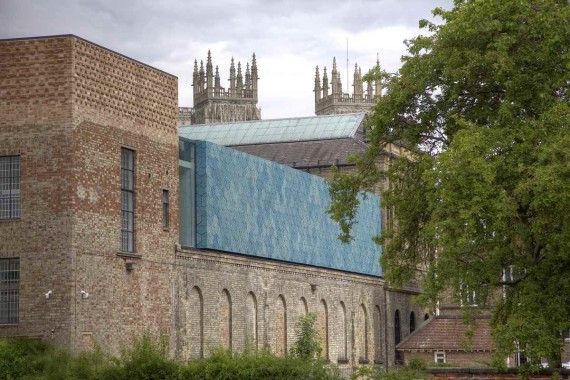 The Museums Association’s Cuts Survey 2015, published today, reveals that cuts to public funding are putting the UK’s museums under increasing pressure, with many being forced to close or introduce entry charges.

The annual survey carried out by the association shows that nearly one in five UK museums have closed a part or branch of their organisation in the last year, or plan to do so in the coming year.

The survey results also suggest that cuts are particularly bad in Northern England, Wales and Northern Ireland, where larger year-on-year decreases are reported than in the Midlands, Southern England and Scotland.

The findings of the survey showed that 8% of respondents had introduced charging in the past year, while 12% said they would be doing so in 2016. Although the government restated its support for free entry to national museums in the autumn statement, most of the UK’s museums are not covered by this commitment.

Last year saw Brighton Museums and the newly reopened York Art Gallery (pictured) introduced charges for entry, and the survey suggests that many other museums are considering doing the same.

In response to cuts, more museums report that they are also thinking about selling off part of their collections. The survey reveals that 11% of respondents were considering ‘financially motivated disposal’ in the next year; in the 2014 survey the figure was 9%.

The Museums Association, an independent membership organisation representing museums and galleries in the UK, states that cuts in the central government grant to local authorities announced in November’s spending review are expected to further impact on the museums’ sector.

Sharon Heal, the organisation’s director, said: “Museums that serve local communities deliver real public benefit and there is a danger that whole areas of the country will have these services wiped out if the cuts continue. We are particularly concerned about the impact of the cuts to local authority funding in the English regions and the devolved nations.”

The 2015 Cuts Survey was carried out during September and October last year, and features responses from 115 museums across the UK. The full survey can be downloaded from the Museums Association website.