New Contemporaries 2015: professionalism, in-jokes and art that looks like other art - a-n The Artists Information Company 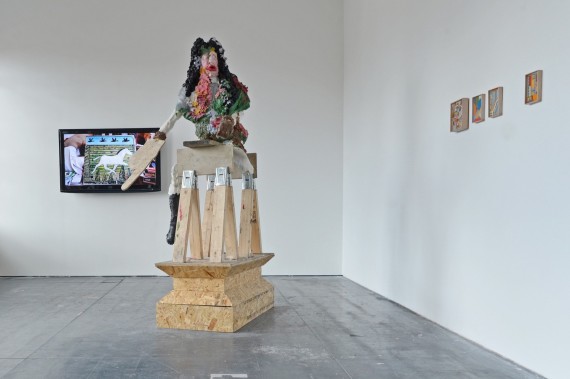 Founded as Young Contemporaries in 1949, the annual New Contemporaries exhibition has long been regarded as one of the UK’s most consistent launchpads for artists’ careers. Everyone from Pop artists of the early sixties to a raft of millennial Turner Prize winners are among its alumni.

This year’s New Contemporaries, showcasing works by final-year students and recent graduates from UK art schools, is spread out across three artist-led venues in Nottingham – Primary, Backlit and One Thoresby Street – working together as the New Midland Group.

The current format of the show operates an open submission process. Limited to UK graduates, there is a £25 fee to submit work to a different panel of selectors each year. These two shifting factors – the students who choose to submit, and the tastes of the artists on the panel – clearly make every incarnation different.

Kirsty Ogg, the director of New Contemporaries, is careful to avoid words like ‘best’ in favour of more equivocal terms – like ‘snapshot’ or ‘sampling’ – in her descriptions of the exhibition’s ambitions. And perhaps the most noticeable feature of the 2015 edition, selected by the artists Jessie Flood-Paddock, Simon Starling and Hurvin Anderson, is its professionalism.

While much of the anticipation around New Contemporaries centres on picking up emerging trends among younger artists before they hit the galleries, the 37 artists here (chosen from a pool of 1,643) tend to follow existing approaches rather than offer anything strikingly new. As Starling puts it in the catalogue: “In general, the work submitted seemed to be operating within relatively conventional parameters in relation to possible modes of production.” 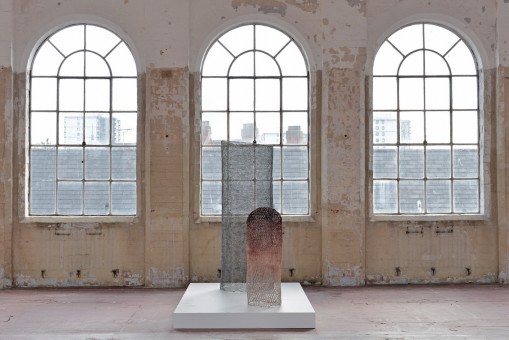 While Starling and his co-selectors gloss this as a kind of ‘keeping faith’ with art making, evidence of an inquisitive tendency that continues to find fresh angles on tried and trusted ways of working, another way to describe it is that the defining feature of much of this art is its resemblance to other contemporary art. This is an impression heightened by the space given to individual works within the exhibition.

Often, New Contemporaries shows are densely packed into a few rooms, resembling the meta degree shows they essentially are. But with three large venues and a higher than usual amount of white wall and stripped flooring to play with, the standards of finish and display are exemplary. This can be something of a double-edged sword: it allows individual works room to breathe and resonate, yet it can just as often expose them as heighten their impact.

At Primary, a former Victorian school building, James William Collins‘ large-scale gestural abstract paintings occupy one wall, while Sophie Giller‘s heavy sculptural reliefs sit on the floor, their plaster surfaces hidden under a skin of Pop-Art colours and patterns made from broken umbrellas.

Upstairs, the space is dominated by the sound of running water as Hamish Pearch‘s phallic construction, One For the Boys, relieves itself into a white bucket, surrounded by polyurethane Shit Men on stalks, like a makeshift collaboration between Nathaniel Mellors and Paul Noble. 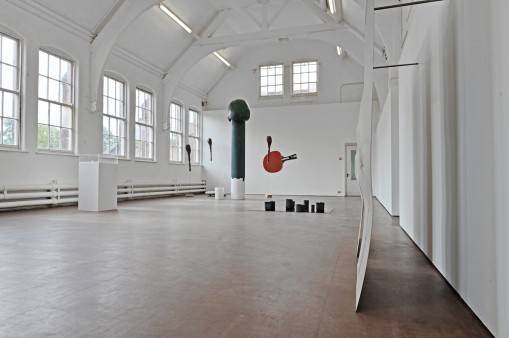 Pearch’s green phallic fountain is echoed by the two-storey height of Andre Costache’s camouflage-patterned inflatable variation on Brancusi’s Endless Column, tethered in the playground outside. But it’s the smaller works here that prove most rewarding.

Using cigarette and condom packets, Conor Rogers makes tiny George Shaw-style photo-realist paintings of dogs, litter and desolate gutters. Andrea Zucchini, meanwhile, dusts an immaculately made iron and rubber sculptural still life with testosterone powder. The result combines something of Morandi’s elegance with a neatly ironic finger to the machismo of the sculptural traditions his own work references.

At Backlit, housed inside a former textile factory on the opposite side of the city centre, the smaller, less immediate pieces again have the edge. It’s the deliberate bad taste of the George Condo-esque acrylic paintings of Morgan Wills and the oblique, slightly twisted symbols constructed in paint and print by Justin Fitzpatrick and David Cyrus Smith that first catch the eye.

Yet these works seem overwrought beside the small needle-point geometric abstractions of Katie Schwab, with their Constructivist blurring of art and craft, or the similar concerns of Lydia Brockless‘ minimal crocheted sculptures in the form of delicate lipstick cages or lobster-pots, like a pair of traps set for unwary consumers.

If Primary’s spaces retain the institutional atmosphere of a Victorian school, and Backlit’s the stripped-back feel of a New York loft, the final section of the exhibition, at One Thoresby Street, frames the work within a former factory building that preserves the space’s harder industrial edge.

Climbing the stairs from the white cube spaces of the lower floors to reach the attic – where Abri de Swardt‘s minimalist rework of the camp aesthetics of Derek Jarman, I’ll Never Wear Sunglasses Again, is screening alongside the gender-fluid photographic portraits of Beatrice-Lily Lorigan – is something of an experience in itself. 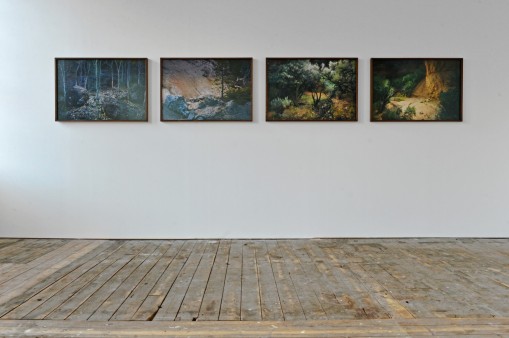 Like much else in this year’s New Contemporaries, these videos are often legible mainly as in-jokes, or works that reference and add commentaries to other contemporary artworks. If the selection this year reflects broader tendencies, then it appears the current batch of UK art school graduates are conscientious and striving for professionalism rather than any decisive break with current established practice.

Perhaps the expectation that an unforgiving economic climate invariably leads to revolt neglects another truth – that the same conditions can also produce an increased focus on pragmatic career-building and a lessened willingness to risk alienating established markets and taste-makers.