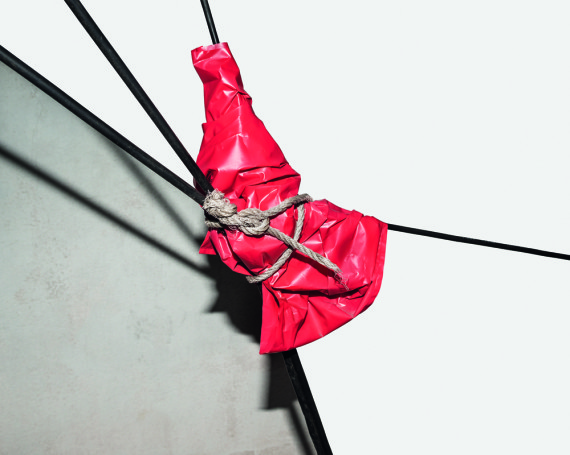 The most interesting thing about this year’s New Contemporaries exhibition – which is strangely muted and lacking in any real impact or ‘voice’ – is where the artists studied. Pitched as “the leading UK organisation supporting emergent art practice from British Art Schools”, one hopes for energy, fresh ideas and – considering an abundance of astonishing world news over the past 12 months – work that reflects the mood of the moment.

What New Contemporaries 2016 offers, however, is curiously polite. There are lots of small, subdued works in separate rooms, and little critical engagement. Why is this the case, I wonder? Perhaps the universities and geographic locations the exhibiting artists have been selected from holds a clue?

So what does this tell us? That New Contemporaries is a reflection of a globalized world, yet still students are flocking to London universities? That the cream of the British art graduate crop will undoubtedly emerge from the capital? There’s certainly more universities outside London represented than I expected, but the overwhelming majority are London-based.

Are students in the capital encouraged to apply for this opportunity more than in other UK art schools? Is there something about the process or the types of artist selected? Graduates have to apply to be considered and the first stage of selection is entirely based on the images submitted. They are also selected by well-known faces from the art world: this year’s selectors were artists Alan Kane, Anya Gallaccio and Haroon Mirza. So is it that graduates are coming out of London universities with a certain aesthetic? Is it all a matter of taste?

You may think that none of this matters. But questions around diversity, representation and access to opportunities are – and should be – currently at the forefront of debate around art schools. Is New Contemporaries really getting to the heart of what’s going on in Britain, or is it merely a game of who applies in the first place?

Without any big, impactful features in New Contemporaries 2016, this is what I ended up musing on. There’s just nothing really to hang your hat on. Reviewing last year’s New Contemporaries for a-n News, Wayne Burrows saw “professionalism, in-jokes and art that looks like other art”. I saw a similar display. Most of the works are well executed, some are humorous. But across the board, there’s very little heart or verve. 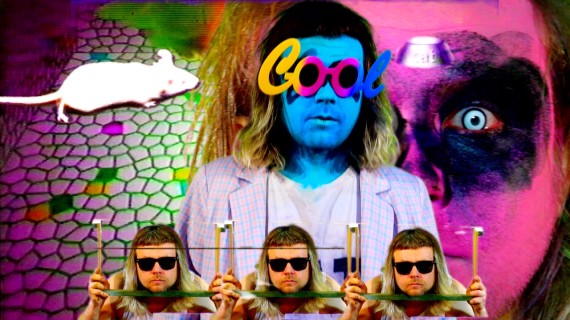 Works that should be energetic are in video form and silenced by the format of screen/headphones. Richie Moment’s looping video, Phone Call, Internet Presence 003 (2016), is a case in point. Inviting us to “smash the art world” amongst whirling Technicolor clipart and synths, it’s enjoyable eye candy with about as much nutrition, but it’s limited by its display – it would have benefitted from being in a big party room on its own. 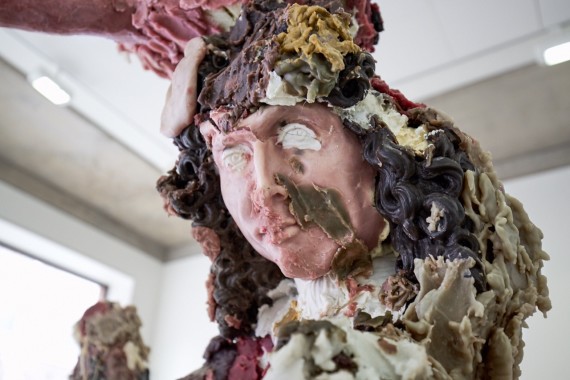 This highlights the problem with the whole show; some impact is needed. Jamie Fitzpatrick’s The King (2015) demands some royal attention: a reclining wax and foam monarch, deformed by bulbous hands and feet, with chattering motor-mouth, he peers haughtily onto the general public who, outside, walk past the gallery’s feature window. If The King had been brought more centrally into the exhibition – perhaps into one of the main gallery spaces or central corridor, rather than the last room on the ground floor – it would have changed the pace somewhat.

Even the works that might be tackling socially provocative themes are drowned out. Zarina Muhammad’s Digjihad (2015) intrigues in terms of satirising ISIS, but is reduced to silent, whirling memes by being placed in the same, overcrowded room as Ruth Spencer Jolly’s We Can Work it Out (2014). Spencer Jolly’s video – ironically, about mediating social media arguments, and the only screens on full blast volume – overpowers Muhammad’s work and everything else around it with an awfully smug rendition of The Beatles’s hit of the same name. 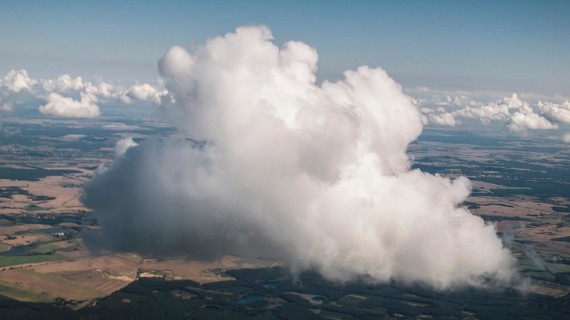 There are two successful focal points for the show; clusters of lovely works that called for further examination. In the first gallery, Kate Fahey’s Cumulative Loss (2015) – a crisp black and white digital collage of clouds, printed on very thin Shiohara paper – hangs next to Janina Lange’s Shooting Clouds (2014) – a 360 recording of one fluffy white cloud, at eye level, thousands of feet up above a rolling green landscape. Its tone is somewhere between religious ecstasy and scientific observation.

But where’s the critical discourse? Why so subdued overall? With everything going on in the lives of students – in education, politics, society – I expected a show that would be more angry, probing, provocative. Instead, it’s meek and mild. If this really is a reflection of emergent art practice from British art schools, then perhaps students are keeping their heads down. Or maybe it’s just happening in those universities that are not part of the party.