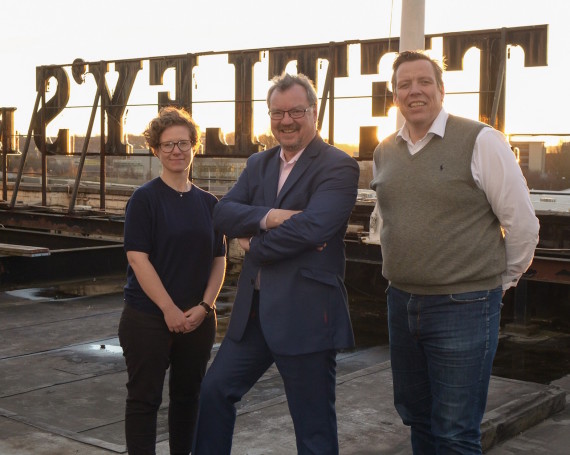 The Tetley, Leeds’ newest and largest centre for contemporary art, has appointed Bryony Bond in the new role of creative director.

Bond was previously curator of temporary exhibitions at Manchester’s Whitworth gallery and has also curated shows for National Museums Scotland, Camden Arts Centre and A Foundation. As a board member for the Leeds-based commissioning body Pavilion, she has strong connections with the city’s art scene.

Commenting on her new role, she said: “There’s so much already here for me to build on and I am really excited about continuing the excellent work started by the visionary co-founders Pippa Hale and Kerry Harker. The Tetley is in a great position to be the best showcase of creative contemporary talent which is incredibly strong right across the North of England.”

The Tetley has also announced a new chair of trustees, Gerald Jennings. Jennings has been a trustee since The Tetley’s inception and is the current president of the Leeds Chamber of Commerce.

“It is a testament to phenomenal work of the founders and the team that we have attracted someone of Bryony’s calibre to The Tetley,” said Jennings. “Now that we have shown what is possible in Leeds, Bryony’s wealth of experience, extensive knowledge and enthusiasm for the role will help to take us to a new level.”

Hale and Harker recently stepped down as co-directors after nine years running Project Space Leeds and overseeing its transformation into The Tetley.

Prior to them stepping down, the then chair of trustees Nigel McClea said: “Our city owes an enormous debt of gratitude to Pippa and Kerry for their vision and energy in creating this amazing venue. Without their passion and foresight, The Tetley simply would not exist.

“It was always Pippa and Kerry’s intention to establish this major contemporary arts centre, then pass the day-to-day responsibilities of commercial and artistic management into other hands. That day has now arrived and we shall miss them very much.”

Hale resumes her practice as an artist while remaining on The Tetley’s board of trustees. Harker continues as an independent curator and is the newly appointed interim director of The Art House, Wakefield.