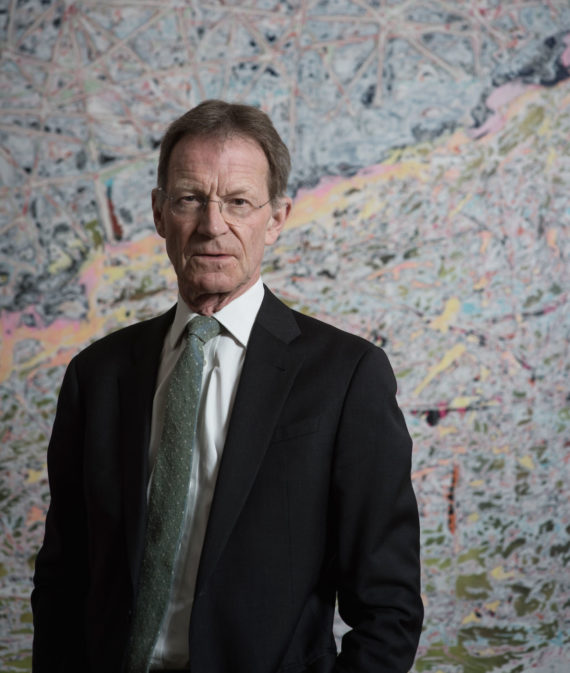 In his first speech as chair of Arts Council England, Nicolas Serota has reaffirmed the importance of listening to the views of artists while setting out the key challenges and aspirations of the organisation as the UK’s Brexit negotiations begin.

“The Arts Council must continue to listen and talk to those who remain sceptical about the value of the arts,” he says in the speech. “But, above all, it must listen to the voices of creative artists, and imaginative producers and directors.”

Due to be delivered in Hull this afternoon at ACE’s No Boundaries conference, Serota sets out what he describes as the three key areas and the “guiding principles for our future” that will underpin his tenure, as he prepares to formally step down as head of Tate on 31 May.

He defines these principles as the belief that the arts has the power to “change lives”; the need for these “life-changing opportunities” to be available for all; and the “fundamental place of the arts and creativity in education”.

“Opportunity should not be limited to where you happen to live,” he says. “This is especially relevant after the European referendum, which exposed greater differences of belief and opportunity in society than we had fully recognised.”

Addressing the need to tackle the disparities in arts provision across the country, he states: “The Arts Council has long recognised that we need to invest more outside London, especially in areas of most need. But we won’t do this in a way that jeopardises London’s status as a world centre of the arts.”

Highlighting the work of the ACE funded Creative People and Places programme, and in particular Appetite in Stoke-onTrent, which has attracted 45,000 participants and worked with refugees and asylum seekers, Serota says: “This is important work. I want us to talk more about this kind of work – and do more of it.”

Cultural education for all

Turning to education, Serota says: “Too many pupils lack access to high-quality cultural education and too few universities ask applicants to show that they have an appetite for the arts and the broader humanities as well as the core academic subjects.”

In recognition of the importance role of education, ACE has announced The Durham Commission on Creativity and Education. It will, says Serota, “bring together a full range of voices, opinions and perspectives from the worlds of education, the arts, science and culture.”

Led by The University of Durham, the commission will begin in the autumn and report in 2o19. It will “look at practice and evidence worldwide, examine the record of those ‘pilots’ that have been tried in different parts of the country over the past 20 years, and suggest how we might provide an inspiring and creative cultural education for all young people, wherever they live.”

The commission, says Serota, “will establish firm intellectual and practical foundations for future involvement of Arts Council England in education”.

In his concluding remarks, Serota states: “We live in a shifting, exciting but perilous age; but I have always believed that challenges have to be met with imagination and bold action. And I will look to the Arts Council to take a lead.”