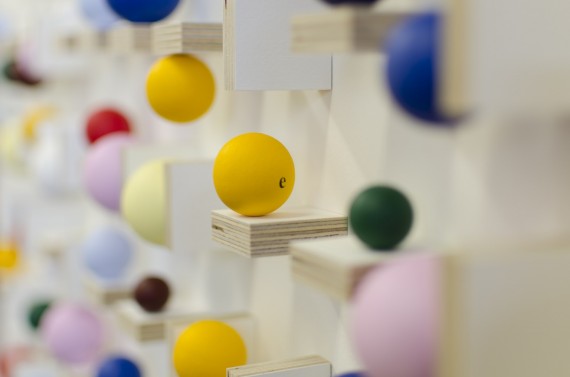 There are few people right now who will be more aware of the north-south divide than Will Lunn. The curator and founder of Copperfield Gallery, London is also behind North, a brand new arts festival taking place in Warrington throughout October. So, does the north of England’s art scene need someone from down south to sort it out?

“The idea,” stresses Lunn, “is not to come up from London and tell everyone up north how to do it. And it’s not about saying ‘this a defining show for the whole of the north of England’. It’s just trying to draw together as many people as possible to show off some of the strengths – getting them together, networking, talking.”

It’s a good job. News that a London-based gallery owner is heading up a new northern art festival will surely raise a few eyebrows. But while concerns are perhaps understandable, Lunn could be classed as a non-biased outsider, a neutral observer. After all, his family is from Hull and his gallery role takes him to contemporary art events and art fairs all over Europe; one aspect of North – a series of city pavilions – is clearly inspired by the national pavilions of the Venice Biennale.

“The idea is to break down regional and national barriers,” he says. “Whether someone is from the north or south, it shouldn’t make any difference. We’re trying to draw attention to the fact that there is a world outside of London; we’re trying to attract artists to the [Warrington] area.”

On that last point, North appears to be working. There will be more than 100 artists, curators, galleries and studio spaces taking part, with more still to be confirmed. Central to the festival will be a key group exhibition: The Dream Of Modern Living? Contemporary Artists Respond To Ikea, curated by freelance art critic Paul Carey-Kent.

Featuring young and in-demand names, including Ryan Gander and Joe Scanlan, the exhibition is a response to one of Warrington’s more unusual claims to fame: the first Ikea store in the UK opened there in 1987. “We asked local people what they thought of when they thought of Warrington and it was amazing how many people talked about Ikea,” explains Lunn. “[When it first opened] people would go, drop their kids in the crèche, get a coffee, and look at some ‘crazy’ foreign design, then leave via the giftshop.”

Attracting new audiences in the area is high on the agenda for the festival, and Lunn sees the Ikea theme as one way of attracting people who may not otherwise be interested in contemporary art. Lunn also says he wants to “temporarily take over the town” – including a former Primark. Public spaces will be utilised for both pop-up galleries and the city pavilions, with hosts for the latter including Bureau Gallery (Manchester), MODEL (Liverpool), Vane (Newcastle), East Street Arts (Leeds), Platform-A (Middlesbrough) and Ikon Gallery (Birmingham).

Tony Charles from Platform-A plans to exhibit artists from the gallery and wider Middlesbrough region. “I don’t see the festival as an exercise in analysing the north in order to characterise it or to reveal any particular common tendency,” he says. “I think that would just be reinforcing stereotypes. Simply living and working in the north is enough to exhibit together; providing a snapshot of what is being produced will show how universal the work is.”

But what do some of the artists who will be featured in North think? Leeds-based Harry Meadley is exhibiting in the festival’s other key exhibition, Business As Usual, which challenges the idea that artists marketing themselves is somehow a ‘dirty’ practice.

“I don’t know how much the festival requires the ‘northern’ branding,” he says, “it makes it feel less inclusive. But I like the pavilion idea – just as with Venice, it instantly creates a competitive/political context for the work. This should be quite fun.”

Fellow exhibitor Noel Clueit, who is based in Manchester, takes a stronger line. “To have a festival that defines itself as ‘northern’ is something I find really problematic. It’s a term that serves to separate north and south (and in reality the issue is actually about the north and London). It skews the focus of how we consider work.”

This and other key critical questions are likely to be on the agenda in the festival’s main talk event: Creating a Cultural Corridor: The Future of the Arts in the North of England. The debate will look at whether the region can develop a stronger arts community with artists, commercial galleries, patrons and public institutions working together. 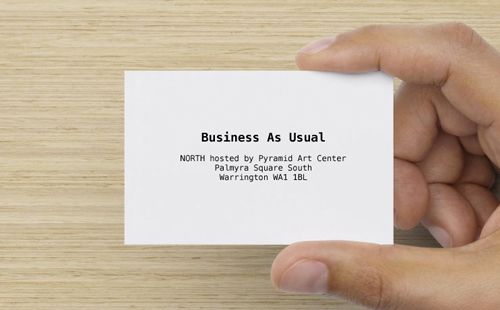 “That’s probably why North is needed,” says Charles. “It’s going to be useful in terms of connecting organisations. There’s a tendency for galleries to look towards London, which is often very useful, but if galleries in the north work more together it could lead to more interesting projects and collaborations, and would strengthen the northern art community.”

Meadley and Clueit believe this is already happening. “In the last three years it has really felt like the links between all the main cities in the north, and the Midlands, have become much more established – maybe ‘friendlier’ is the correct term,” says Meadley.

“A lot of this seems to be happening at studio group level – we are seeing more studios with gallery spaces exhibiting artists from gallery/studio set-ups in other provincial cities. This is creating a nice current of artistic activity – it’s a much more mutually beneficial environment.

Clueit adds: “I can only speak of what’s happening in Manchester, but this activity is increasingly prevalent between artist groups, and it looks to be the same in Liverpool, Leeds and Newcastle.”

Describing himself as “an active member of a community of artists”, Clueit believes that the key question to be addressed in the north is the role of artists. “Galleries, patrons and institutions have very different concerns to that of the artist: we should firstly be asking the question how can we develop a stronger community of artists. We need to be hearing from those who are making the work, not just those who are selling it.”

Financial concerns are, of course, part of any conversation about fostering arts communities, as well as supporting creative and professional development. Warrington along with other northern towns has suffered cuts to public services, and the impact on artist support is a worry. How will this be addressed by North?

The focus so far seems to be on exhibiting artists and highlighting art spaces, with funding being used for insurance, travel expenses and art transport only (no artist fees or material costs are included this year). Will the artists’ work, for instance, be for sale? Lunn welcomes the discussion.

“[North] is certainly not about me selling art. At the same time, I have no intention of preventing artists and organisations from making private sales as I understand that for many it is crucial in order for them to sustain their work.

“I will be trying to bring in collectors from the north as well as some from London and the south of England. I want to get collectors involved, because they’re part of the picture and, like The Manchester Contemporary, I think they are part of the future for the North.”

Lunn’s experience of starting and growing Copperfield Gallery – which he describes as a “commercially-funded public gallery” – seems central to his vision for North. Using his trip to Art Brussels with Division of Labour (Worcester) as an example, he feels that “galleries in the north can be fairly powerful within the fairs’ scene simply because they can offer something different, something new.”

He continues: “I’m not an oligarch’s son; in order to get Copperfield Gallery off the ground I was eating mostly beans on toast for quite a while and working like a dog. It’s the same for the festival; it hasn’t got a huge amount of funding, but that gap is being made up by the sheer effort of the people that have bought into the idea of it. Without them it simply would not be possible.”