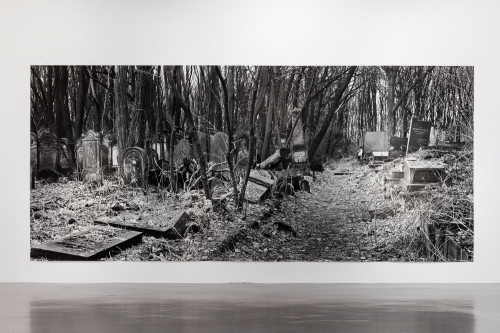 Rick Copsey: See View, Object / A, Manchester
This show features a hybrid of painting and photography. Copsey takes extreme close-up shots of wet oil paint droplets, with the resulting images resembling Romanticist seascapes. This example of digital macro photography questions the idea of the camera as a tool that mirrors reality.
Until 19 September 2015, www.object-a.co.uk

Laurien Ash, Modern Art Oxford, Oxford
This exhibition from recent graduate Laurien Ash explores the interaction between humans and technology. Influenced by live video gaming, the work plays with viewers’ perceptions of space. The results intends to examine our understanding of what we are seeing and the level of control we have over it.
Until 6 September 2015, www.modernartoxford.org.uk

Caro In Yorkshire, The Hepworth / Yorkshire Sculpture Park, Wakefield
This retrospective explores Caro’s thoughts on architecture, his interest in scale and the use of architectural features within his work. Highlights include his collaborations with architects within the urban environment, such as the Millennium Bridge in London with Norman Foster. Additional work is placed at Yorkshire Sculpture Park, showcasing how Caro was influenced by painting.
Until 1 November 2015, www.hepworthwakefield.org