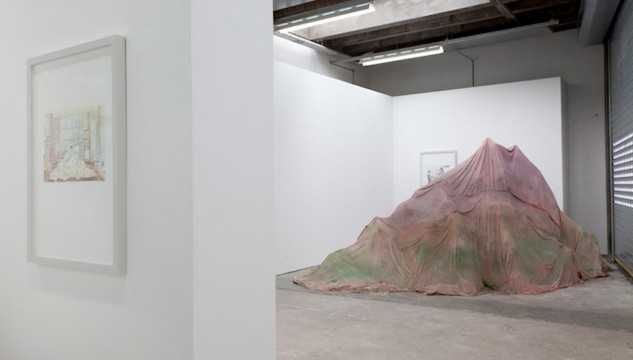 B Wurtz, BALTIC, Gateshead
Another superb sculpture exhibition is taking place at the BALTIC, with Amercian artist B Wurtz presenting his installations made of a wide range of commonplace, discarded materials. Meticulous structures bely the material they are constructed from – food wrappers, plastic carrier bags, shoelaces, locks, mop handles, takeaway trays, mesh bags and wooden blocks. All, in some way, refer back to the human essentials of food, shelter and clothing.
Until 28 February 2016, balticmill.com

(play) ground-less, Space In Between, London
Working from different countries, and following the idea of ‘play’, the artists in this exhibition have attempted to reverse the logic of a group show – where works are chosen or produced in order to respond to a previously set idea or topic. Featuring new sculptural, video and text-based works by Sarah Bayliss, María Angélica Madero, Ninna Bohn Pedersen and Belén Zahera.
Until 16 January 2016, spaceinbetween.co.uk

Simon Starling, Modern Institute, Aird’s Lane, Glasgow
Known for his installations, films, photographs and sculptures that unearth often unacknowledged connections or migrations, here 2005 Turner Prize winner Simon Starling presents both sculptural works and a series site-specific daguerreotypes. One of the earliest techniques for making photographic images, the ghostly images echo the exhibition history of the space. Each photograph features a fragment of one of the gallery’s exhibitions over the last three years.
Until 6 February 2016, themoderninstitute.com