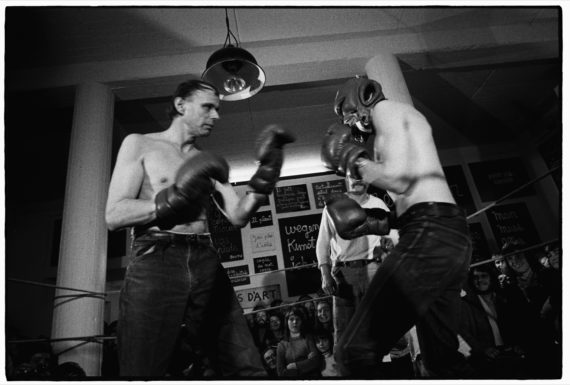 Joseph Beuys, Waddington Custot, London
This show features a representation of Joseph Beuys’ 1972 sculpture Boxkampf für die direkte Demokratie (Boxing Match for Direct Democracy). A conceptual ‘farewell action’ at Documenta 5 in Kassel, the work consisted of a boxing match between Beuys and the German sculptor Abraham David Christian. On show here in a large, horizontal vitrine are the two original pairs of boxing gloves, protective helmet and the boxing ring ropes, plus the debut UK presentation of the re-mastered archive footage of the boxing match.
Until 11 August 2017, www.waddingtoncustot.com 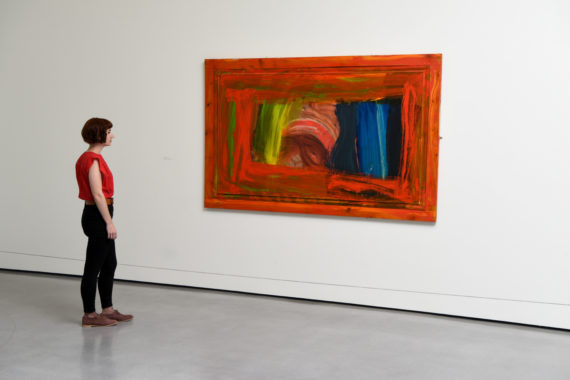 Howard Hodgkin: Painting India, The Hepworth Wakefield
Widely associated with abstraction, this exhibition explores the influence of India on the work of British painter and printmaker Howard Hodgkin, who died in March aged 84. A place he returned to almost annually following his first trip to the country in 1964, this show features more than 35 works created over a 50-year period. Characterising the colour and warmth of the country, they capture Hodgkin’s sensory impressions of the place.
Until 8 October 2017, www.hepworthwakefield.org 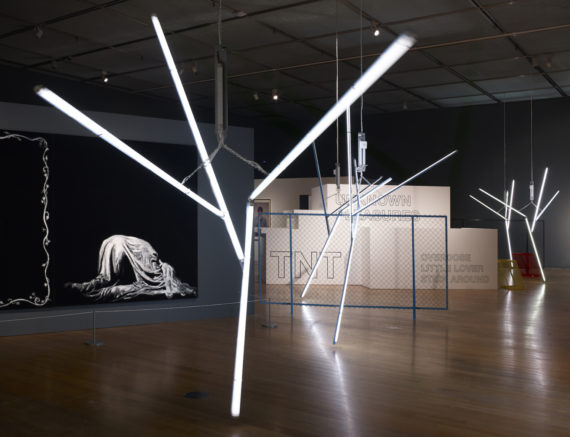 True Faith, Manchester Art Gallery
This Manchester International Festival exhibition explores the visual legacy of the music of Joy Division/New Order and features work by a number of contemporary artists. Constructed around elements of Martin Boyce’s 2002 Tramway installation, Our Love is Like the Flowers, the Rain, the Sea and the Hours (its title a lyric from New Order song The Village), ‘True Faith’ includes paintings by Julian Schnabel and Glenn Brown, with other works by Liam Gillick, Mark Leckey and Slater B. Bradley. A second room presents archival material such as gig posters designed by John Baldessari, Barbara Kruger and Lawrence Weiner, and a large screen showing key New Order pop videos directed by, amongst others, the New York artist Robert Longo and film director Jonathan Demme.
Until 3 September 2017, manchesterartgallery.org 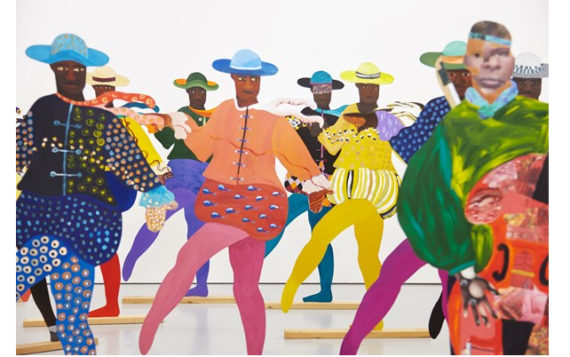 Lubaina Himid: Warp and Weft, Firstsite, Colchester
2017 Turner Prize nominee Lubaina Himid, a key figure in the British Black Arts Movement, first came to prominence in the 1980s when she began organising exhibitions of work by her peers who were under-represented in the contemporary art scene. This show is comprised of three bodies of work in which the artist adopts the mantel of the History painter to question its imperialist tradition. It includes Naming the Money, the largest installation to make use of Himid’s signature ‘cut-outs’ — paintings made on freestanding, shaped boards that viewers can walk among.
Until 1 October 2017, www.firstsite.uk 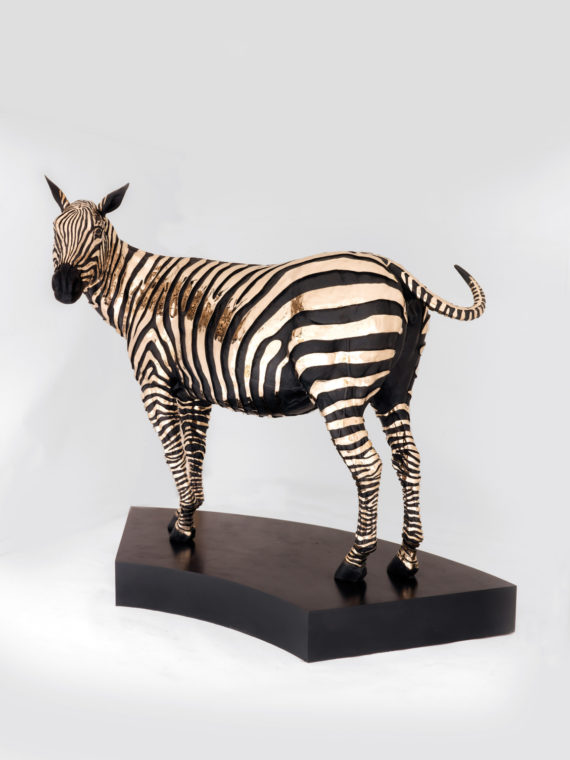