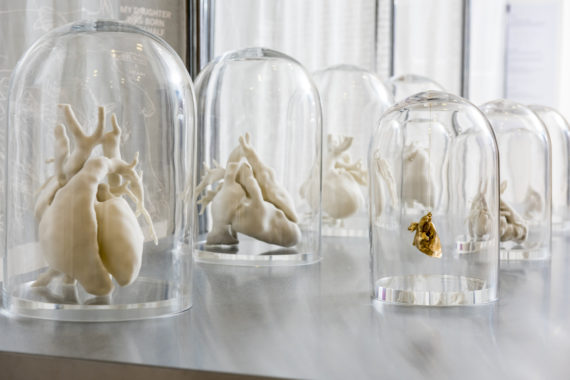 The Heart of the Matter, Great North Museum, Newcastle upon Tyne
Conceived by artist Sofie Layton and bioengineer Giovanni Biglino, and developed with health psychologist Jo Wray, ‘The Heart of the Matter’ is a touring exhibition developed from a series of workshops with patients with heart conditions at hospitals in London, Bristol and Newcastle that considered how we think of the heart both emotionally and metaphorically. Layton’s resulting artworks combine soundscapes, music composition, sculpture, textiles, digital animation, and 3D printing to offer insight into the heart’s beauty, fragility and resilience.
Until 6 May 2018. greatnorthmuseum.org.uk 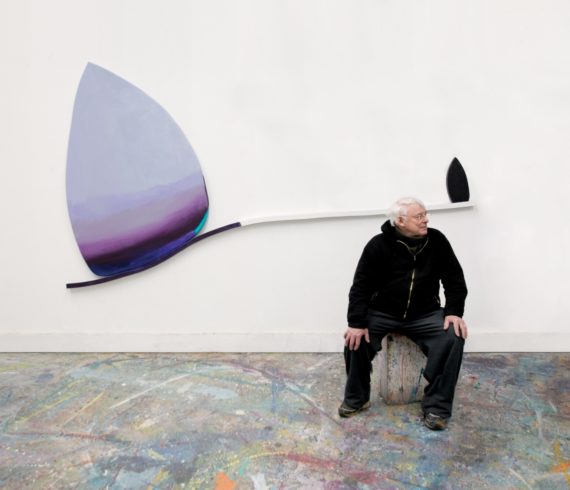 Trevor Bell: Trans-Form, Peninsula Arts, Plymouth
An exhibition of 11 paintings from the 1990s and 2000s by the late St Ives modernist Trevor Bell. Curated by Joseph Clarke, this is the final exhibition that Bell was working on before his passing in November 2017. Known for his monumental works and brilliant use of colour, Bell’s paintings provide the inspiration for two works that will accompany the show – a sound score by Jamie Mills and a new contemporary dance piece by Sarah Fairhall and Lois Taylor.
Until 26 May 2018, www.plymouth.ac.uk 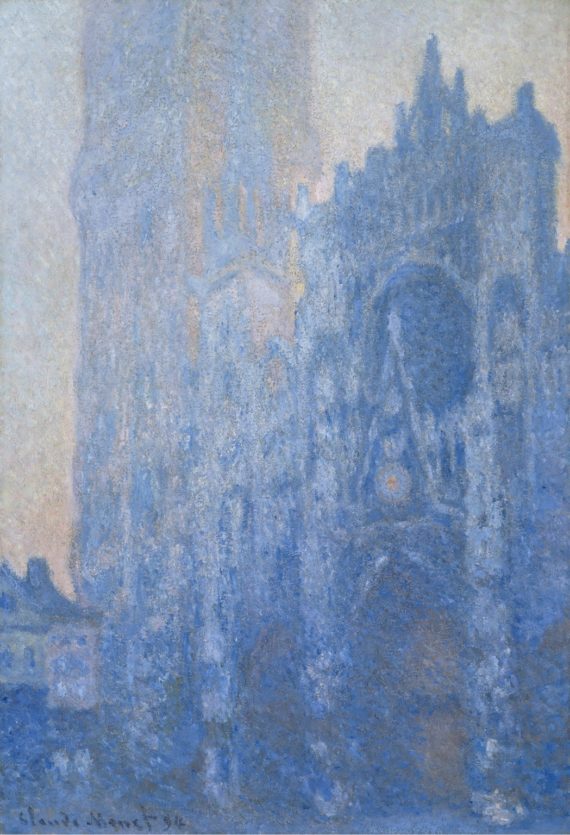 Monet & Architecture, The National Gallery, London
While a number of Monet’s paintings of the Houses of Parliament and Charing Cross Bridge feature in Tate Britain’s current ‘Impressionists In London’ show, this is the first exhibition to consider his work purely from an architectural perspective. Among the more than seventy-five paintings on display are more from his London series made between 189 – 1904, plus works depicting Venice, Argenteuil and the Parisian suburbs, and seven from perhaps his most famous architectural series featuring views of Rouen Cathedral made between 1892–5.
Until 29 July 2018. www.nationalgallery.org.uk

Malevolent Eldritch Shrieking, Attercliffe™, Sheffield
Curated by artist Paul Morrison, ‘Malevolent Eldritch Shrieking’ is billed as ‘a large diverse international salon-style multigenerational exhibition about painting (in some aspect)’. The show features works by more than 90 artists, and while many such as Sue Arrowsmith, Glenn Brown, Des Lawrence, Peter McDonald, and Clare Woods are best known as painters, others are now better known for their work as gallery directors, curators and critics including Sacha Craddock and Stephen Snoddy.
Until 5 May 2018. www.instagram.com/attercliffetm 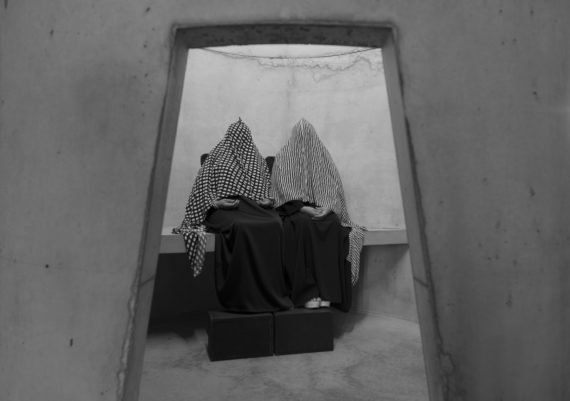 Taryn Simon: An Occupation of Loss, Artangel, London
Artist Taryn Simon has invited professional mourners from countries including Azerbaijan, China, Russia, Greece and Venezuela to travel to the UK and perform their rituals of loss and grief. Taking place in a cavernous space beneath Islington Green, these lamentations blend with the architecture of the space to create an emotive all-encompassing experience in which the audience can meditate on the certainty of death. Best known for her photographic series, this is Simon’s first major performance and follows years spent researching professional mourning. An accompanying book looking at the visa application process for mourners invited to enter the United States links back to her evidence-based practice, which often catalogues, documents or bears witness to human systems and their fallacies.
Until 28 April 2018, Tickets: £20/£15, www.artangel.org.uk