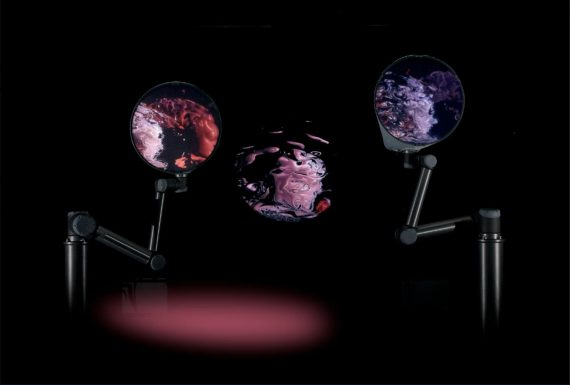 Lindsay Seers: Care(less), Fabrica, Brighton
This immersive virtual reality exhibition features a 360° film work that explores the hallucinatory effects of VR. The overarching theme is society’s attitudes to ageing and the ways in which the social care system meets care needs, with Seers responding to research by the University of Brighton, University of Birmingham and University of Lincolnshire. The results highlight the experiences of older people receiving care which they pay for themselves and their shared feelings of powerlessness, bewilderment and uncertainty.
Until 24 November www.fabrica.org.uk 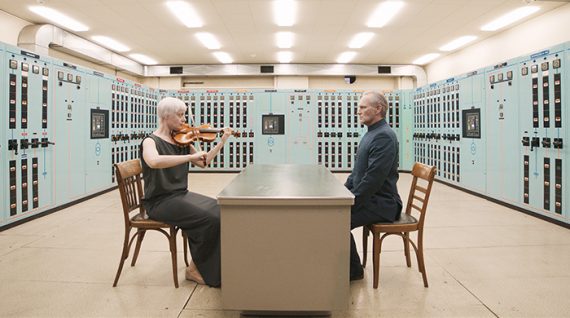 Jasmina Cibic: The Pleasure of Expense, Cooper Gallery, Dundee
Slovenian artist Jasmina Cibic’s diverse practice includes film, sculpture, photography, textile and performance. This show, entitled ‘The Pleasure of Expense and its Event Series’, explores ‘the nation state’ and offers alternatives to existing ‘regimes of political and aesthetic possibility’. The centre piece is an immersive photographic mural of a fictitious politicised landscape onto which is projected a new film The Gift: Act II. The work highlights the architectural space of the Palace of Nations in Geneva, which was home to the League of Nations 1929-1938, and whose interior was comprised of gifts from member states. Also on show are Cibic’s 2015 film Spielaraum: Tear Down and Rebuild and 2018 film States of Illusion, which question the power structures of society.
Until 14 December www.dundee.ac.uk

Nam June Paik, Tate Modern, London
South Korean artist Nam June Paik is well known for pioneering the use of TV and video in art and predicting the future of communication in the internet age, coining the phrase ‘electronic superhighway’. This bumper exhibition brings together over 200 works from his five-decade career, including all-encompassing room-sized installations, robots made from old TV screens, and various video works.
Until 9 February 2020 www.tate.org.uk

Magnum Manifesto, Compton Verney, Warwickshire
This show celebrates 70 years of the The Magnum Photos photo agency. Launched in 1947 following the aftermath of the Second World War, some of the world’s most renowned photographers have chronicled various world events, people, places and cultures for the agency. Compton Verney’s display includes magazine spreads, newspaper articles, excerpts from books, and other rarely-seen material, that frames some of the world’s most recognisable images in a creative context.
Until 15 December www.comptonverney.org.uk 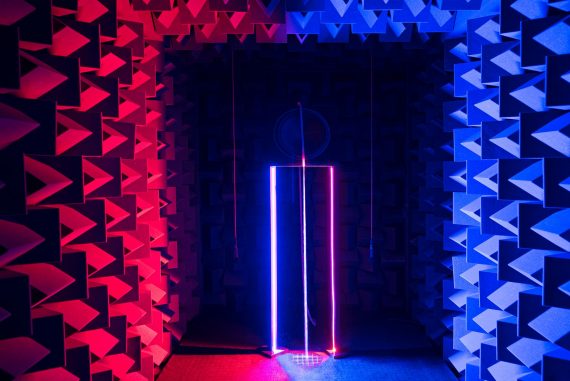 Haroon Mirza, John Hansard Gallery, Southampton
Haroon Mirza’s latest exhibition fills John Hansard Gallery’s two floors, with works focussing on sound, light, electricity and water, and the interaction between these waveforms. Inspired by various disciplines including physics, shamanism, artificial intelligence and astrology, it features a new collaborative work with artist Siobhan Coen, entitled Dreamachine 2.0. Developed in homage to the Dreamachine, a stroboscopic device created by Brion Gysin and William S Burroughs with the help of Ian Sommerville, the work is designed to induce dreamlike states. Also on show is /\/\/\ /\/\/\, which is made up of several elements, including 4-channels of videos, 8-channels of audio, 8-channels of LEDs and a sound absorbing chamber.
Until 11 January 2020 www.jhg.art 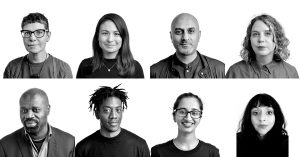