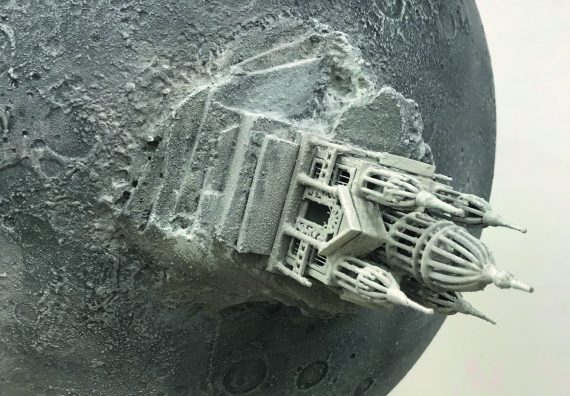 Saad Qureshi: Something About Paradise, Yorkshire Sculpture Park, Wakefield
British artist Saad Qureshi’s first solo exhibition at a museum takes place in the affecting surroundings of Yorkshire Sculpture Park’s 18th-century chapel. In the building’s nave are a series of mysterious structures featuring various landscapes and buildings, from traditional temples and churches to modernist houses and palaces. The artist refers to these intriguing works as ‘mindscapes’ which were created after he travelled around the country asking those with and without faith what paradise means for them. Qureshi then interpreted the descriptions of indistinct and imagined places, as seen in memories and dreams, into the physical installations seen here.
Until 15 March www.ysp.org.uk 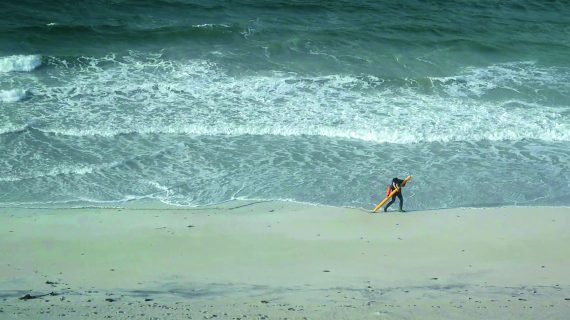 SSA | VAS OPEN, Royal Scottish Academy, Edinburgh
For this show the Society of Scottish Artists (SSA) and Visual Arts Scotland (VAS) invited recent graduates from across the art schools and colleges of Scotland to submit work via an open call. The resulting exhibition of 150 works includes painting, sculpture, printmaking, installation, performance, furniture and jewellery. It also includes a new collaboration with artist-led organisation Cutlog artists moving image, featuring the work of 67 national and international artists working in the medium of moving image, plus the work of three artists shortlisted for the Inches Carr Mentoring Award. In addition, the Cordis Trust has been invited to curate a selection of artworks that explore wider applications of the woven form. The resulting display, ‘Over Under : Under Over’, features six national and international artists aiming to ‘explore the fundamentals of weaving through scale and material’.
Until 30 January www.visualartsscotland.org 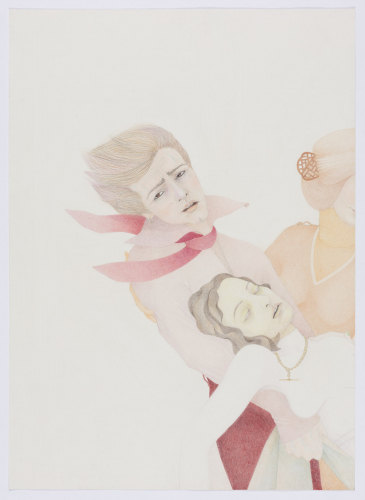 Donna Huddleston, The Drawing Room, London
Belfast born artist Donna Huddleston was raised in Australia, where she studied Theatre Design at the National Institute of Dramatic Art, Sydney. This is the fourth time she has exhibited at the Drawing Room, with previous group shows including the performance Witch Dance in 2014, which was based on the famous dance by Ausdruckstanz pioneer Mary Wigman in 1914 and dealt with the power of women. For this, her first solo exhibition in a public gallery in the UK, she has created a new series of drawings in pencil, colour and silverpoint that continue her explorations into the theatre environment.
Until 1 March www.drawingroom.org.uk 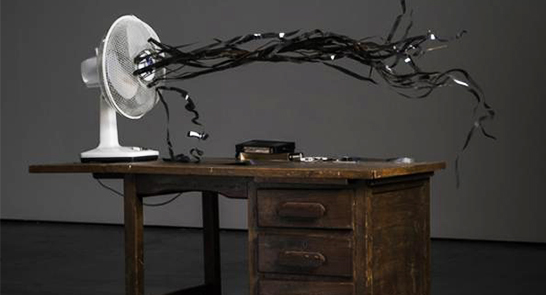 Anthony Shapland, Phoenix, Exeter
This solo exhibition by Cardiff based artist Anthony Shapland includes film, photography, audio, objects and printed text that highlights the gaps between what is seen and said, heard and understood. The focal point of the show is an expanded film installation and series of photographs that, by separating script, footage and soundtrack, reveal the central conceit of narrative film making. The results offer an intriguing exploration of how we can build fictions through the editing of documentary footage.
Until 2 February www.exeterphoenix.org.uk 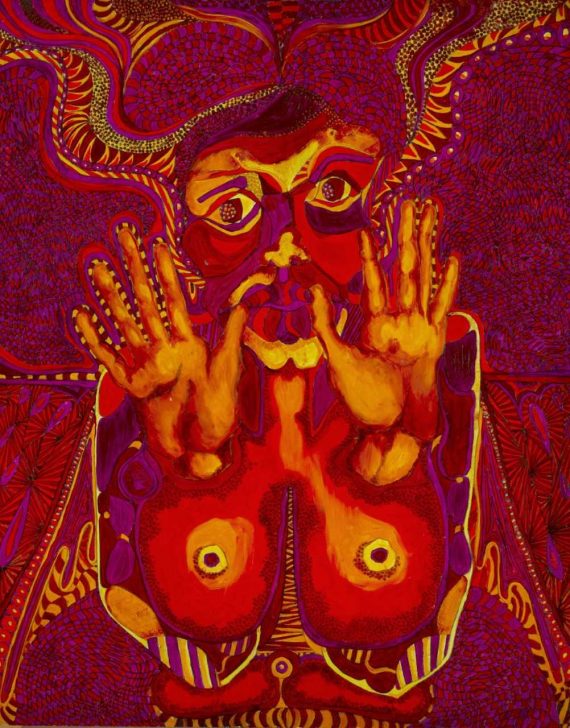 The Four Ages of Woman, Bethlem Museum of the Mind, London
This exhibition about mind, creativity and gender features work by lesser known women artists including Marion Patrick, Elise Warriner Pacquette, Charlotte Johnson, Lisa Biles, Bibi Herrera, Stephanie Bates and Cynthia Pell. It highlights a diversity of artistic observations on the lived experiences of women from childhood to old age, including the experiences of mental distress.
Until 25 April www.museumofthemind.org.uk 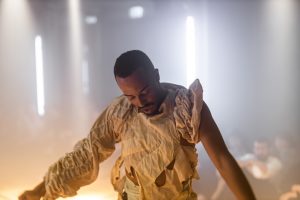 Catch up with all our 2019 – How was it for you? features including interviews with Paul Maheke, Nicky Hirst, Lucy Harvey, Jerome Ince-Mitchell, and more