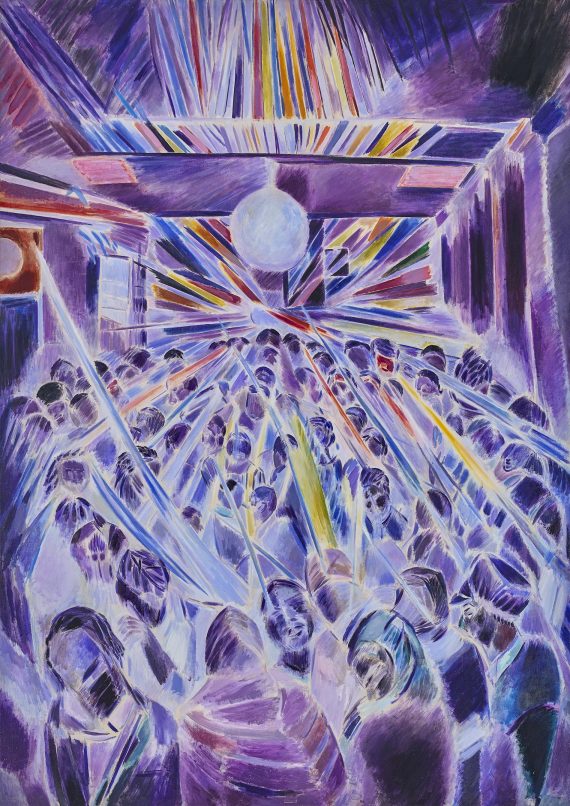 Denzil Forrester: Itchin & Scratchin, Nottingham Contemporary, Nottingham
As an art student in the late 1970s, Grenada-born British artist Denzil Forrester was a regular at East London’s dub-reggae clubs. There he began to make drawings of MCs, DJs and dancers, strobes and sound-systems, with his sketches made in the time it took to play a single track. Done quickly on dark dancefloors, they captured energy and rhythm as much as form and colour, and were later transformed into paintings, many of which are on show here. Exhibited alongside these nocturnal scenes is a new body of work shaped by Jamaica’s sound-systems and open-air parties that result from the artist’s recent visit to Kingston. Spanning more than 40 years, this show is Forrester’s most significant institutional exhibition to date.
Until 3 May www.nottinghamcontemporary.org 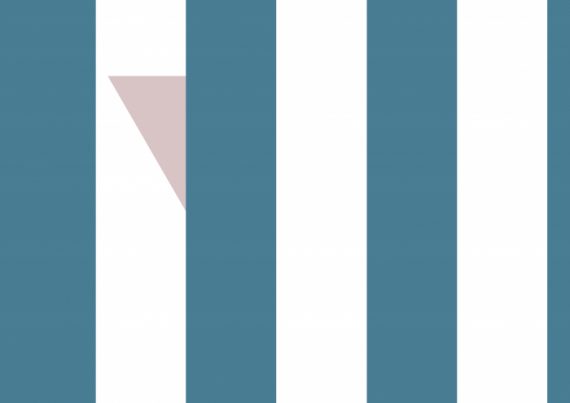 Garth Gratrix: Shy Girl, Grundy Art Gallery, Blackpool
a-n member Garth Gratrix employs everyday and DIY materials, including wood, household emulsion, concrete blocks and found objects, to explore their relationship with space as well as playing on their inherent machismo. For his first solo show in the north west of England he explores language associated with colour specifications of emulsion at DIY stores, from which the exhibition title ‘Shy Girl’ itself is taken. His work recontextualises these colour names, language otherwise associated with a heteronormative idea of home, revealing its euphemistic and innuendous nature.
Until 28 March www.grundyartgallery.com 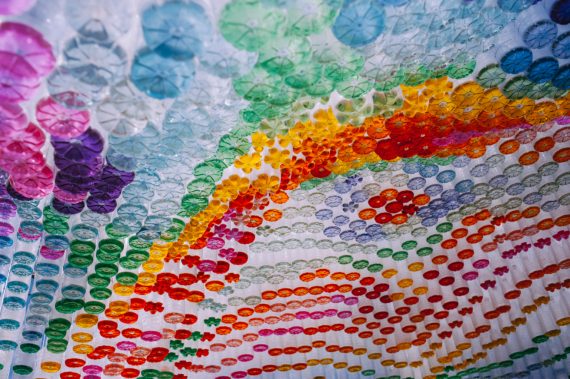 Plastic Matter, Art and Design Gallery, University of Hertfordshire, Hatfield
Plastic is an essential part of the vast majority of industries and key to convenience, yet plastic consumption and pollution, particularly in our oceans, is an increasingly critical subject matter. This show takes a look at different aspects to the plastic story, from its potential to become something more treasured, to its availability and hasty disposal. Through their work, the artists in the show add new worth and meaning to the material, and ask us to consider its role and future in contemporary society. Artists include: Seyi Adelekun, Maria Arceo, Camilla Brendon, Hilary Jack, David Kefford, Steve McPherson, Jill Townsley and Daniel Webb.
Until 18 April www.uharts.co.uk

Mark Garry: Songs and the Soil, The MAC, Belfast
The most significant presentation of Mark Garry’s work to date has been developed specifically for MAC over the last two and a half years. It includes a series of installations and individual works under the combined title ‘Songs and the Soil’ that explore landscape and music/sound, looking at each element from historical, social and cultural perspectives.The gallery has been transformed into an indoor meadow where hundreds of dried flowers are held within small porcelain vessels. These are accompanied by a six-hour musical composition made up of birdsong, using field recordings from a variety of locations close to where the artist lives. Also on show is a new film work entitled An Lucht Siúil (The Walking People) that examines the relationship between Irish travellers and Modernism.
Until 30 April www.themaclive.com 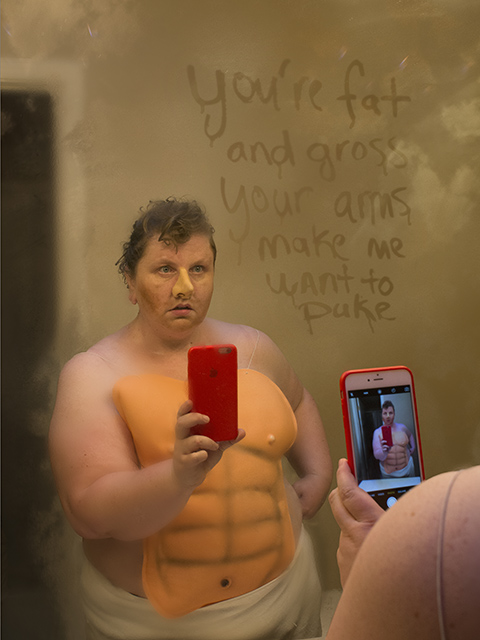 Haley Morris-Cafiero: The Bully Pulpit, TJ Boulting, London
After being trolled about her appearance when her previous project ‘The Watchers’ went viral, American artist Haley Morris-Cafiero found images of some of her online bullies, dressed up like them and incorporated their words into her own images. Using deliberately low-fi props and prosthetics, these comical self-portraits highlight the darker level of human nature in our contemporary online world. Part performer, part artist, part provocateur, part spectator, the artist has played cyber bullies at their own game.
Until 14 March www.tjboulting.com