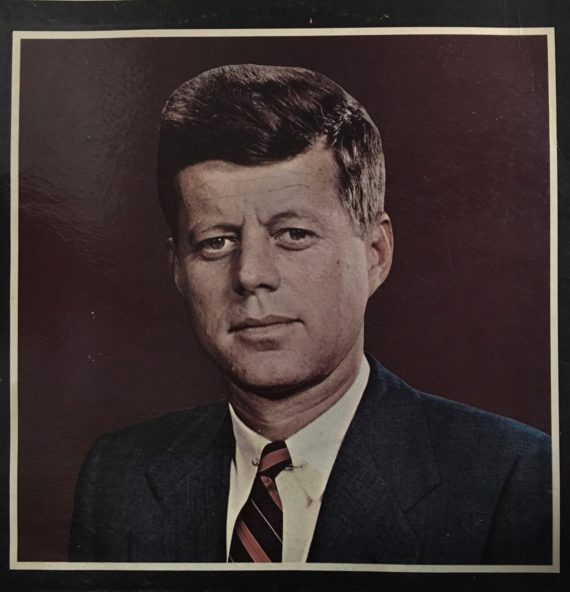 ‘Can You Hear Me?’ is the result of an open call, the theme of which was whether digital processes can reveal new perspectives. It features two entirely digital works that exist solely on the organisation’s website.

Jessica Harby’s Referendum (Tell Me How Do You Feel) is an online voting form that turns her citizenship decision over to the general public. The work also features a flood of visuals that may or may not influence the vote.

The other art work, Diplomat by Anna Brownsted, is a series of films capturing the sound of a warped LP. The record, issued in 1964, is a heat damaged memorial album for the then recently assassinated US president, John F Kennedy.

Although the two artists now live in the UK, both were born in America. Northampton resident Jessica Harby is originally from Chicago, while Cambridge-based Anna Brownsted grew up in Dallas, Texas. They moved to the UK eight years ago, separately, arriving within one month of each other. 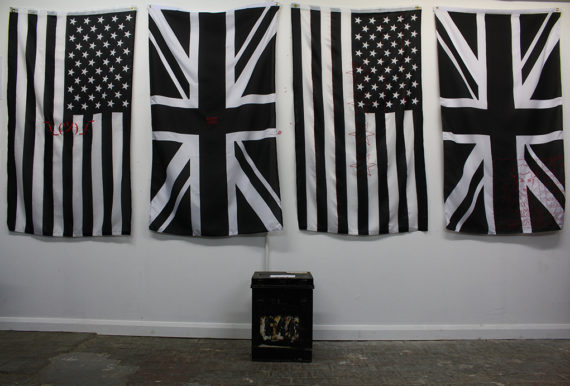 Considering the current political upheaval facing their country of birth, the exhibition is certainly timely. So how did Donald Trump’s election win inform preparations for the show?

“I’m angry,” says Brownsted. “I’ve been incredibly emotionally affected by the election result. To be honest, it tipped me off guard. I remember waking up on that Wednesday morning and feeling devastated.”

Harby adds: “I envy Anna’s anger. I get flashes of it, but my feelings are more of despair and anxiety. I have loved ones in Chicago who will be directly affected by some of Trump’s policies, particularly changes to health care. He even threatened martial law in my home town. It is truly horrifying.”

Both artists’ work appears overtly political, although this is not necessarily intentional. Harby explains: “I’m not totally comfortable making political artwork and some of my previous work has focused on drawing. But ultimately these are things you can’t ignore. I feel a certain responsibility as an artist to engage with the current political situation. Yet I see it as simply an extension of how I’m reacting as a human being.”

For Brownsted, making work is the best way of utilising that pent up anger. “For Diplomat I simply locked myself in the studio and embraced it. It was almost a purging of emotions, and it felt like I was doing something rather than just sitting there.” 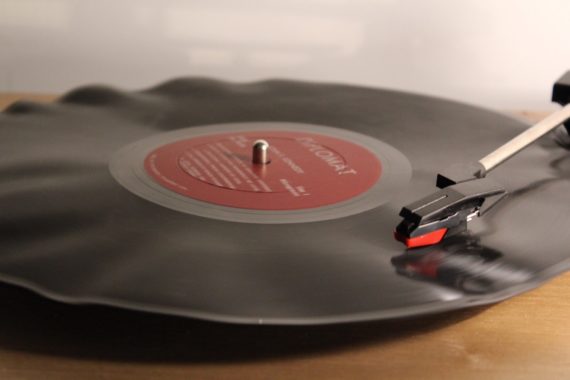 The resulting 100 short films are evidence that her approach was fruitful. “I shot none-stop for just over seven hours. I think I even forgot to eat but it was a case of putting everything I was feeling through this endurance test. It probably wasn’t the healthiest thing to do mentally!”

One film was made for each of JFK’s first 100 days in office – usually the period where a president outlines actions for their whole term in office. Brownsted adds: “Bizarely, Trump seems to be cramming the 100 days into his first couple of weeks.”

The roots of Harby’s work, Referendum, began with last year’s project, YOUR RELUCTANT DIPLOMAT. “At the end of April 2016 I set up an installation and office space for three days in the Project Space of NN Contemporary Art [in Northampton]. The public were invited to come in and discuss Donald Trump. And this meant intense research and involvement with the news.”

She says that in order to do the work justice she really needed to know her stuff. “I’ve had to almost conduct the same level of research as a political journalist. I thought, ‘I don’t just want to be another idiot spouting opinions.'”

During this process Harby met a lot of people who didn’t necessarily share her views. “I attended a Leave rally in Northampton. It was strange feeling, like there was nobody else like me. From that moment I really saw Brexit coming.”

She also claims it highlighted the different ideology of some people from her area in comparison to cosmopolitan cities such as London. “I do think there is a difference. Mind you, Nigel Farage didn’t even show up due to people protesting the rally. So that says a lot.” 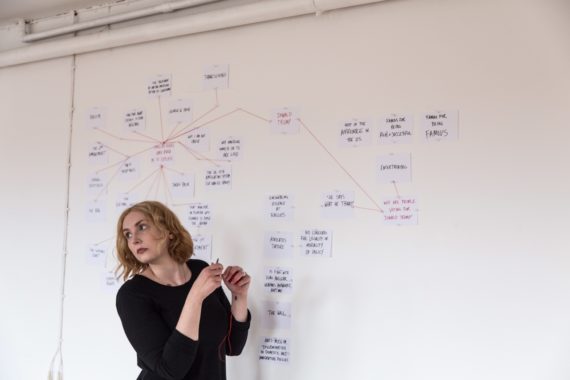 The idea for Referendum came directly from discussions she had during YOUR RELUCTANT DIPLOMAT. “Visitor after visitor maintained that they wouldn’t consider me British, even if I became a British citizen. To them, I would always be American. Which made me wonder what citizenship was for, then, and who gets to decide what it means.”

Both artists seem unmoved that the exhibition is, by its very nature, temporal. At the end of the year it will be taken down and archived only as a text record.

Brownsted comments: “I come from a theatre background where there is beauty in the live moment. A picture never really does it justice anyway. For me, the two works on show are user focused. They really exist in that moment of engagement.”

Nevertheless, the works do also exist physically, to a certain extent. Harby has demonstrated the project using a physical ballot box when students have visited her studio and at workshops; Brownsted also brought the JFK record to a recent talk on the show.

“It’s just such a fantastic object and I find the warped thickness of it really interesting,” she says. “It captures the fragility of analogue.”

Harby is looking at ways to continue the project beyond the current show at Fermynwoods. “I’ve spoken to a number of galleries about how to take things further. Hopefully when the exhibition ends on 31 December that won’t be the end.”

Future exhibitions aside, at least Harby knows her work has a definite outcome – namely the viewers’ decision on her citizenship.

When asked whether the public vote will actually influence what action she takes, Harby has an intriguing answer. “The real question is: will I be bestowing more weight and power to individual votes than the US and UK governments did last year. Trump actually got [nearly] 3 million fewer votes than Clinton in the election. The point is getting people to discuss this.”