Panic! survey: You don't have to be middle class to work here, but it helps - a-n The Artists Information Company 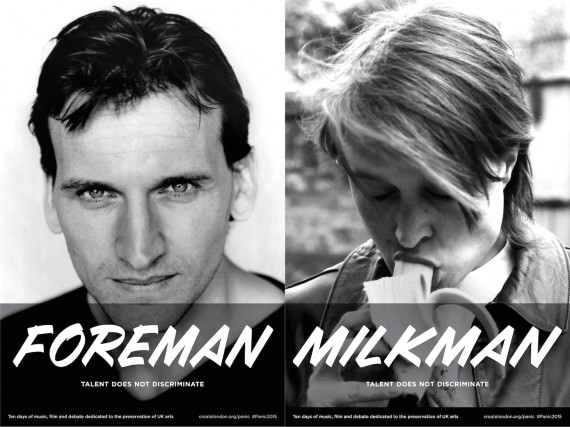 A new survey looking at social mobility claims that young people who can’t rely on financial support from their parents are finding it increasingly difficult to work in the arts.

The Panic! survey was commissioned by Create in association with Goldsmiths, University of London, University of Sheffield and LSE as part of the project, Panic! What Happened to Social Mobility in the Arts?

Following an open call in September, 2539 people working in the cultural industries contributed to the survey, with all core sectors represented.

Commenting on the survey, a statement from Create said: “The findings provide hard evidence for the common impression that the arts sector is a closed shop where most people are middle class.

“It also makes revealing discoveries about how gender and ethnicity can affect a career in the arts and how higher wage earners view the sector in comparison to lower wage earners.”

Key findings of the survey include:

Create state that visual arts was one of the best represented categories in the survey, along with museums, galleries and libraries and also performance and music.

The organisation adds: “Although the survey found significant discrepancies in the way people working in the arts view the sector, it showed overwhelmingly that the arts can be a precarious industry where support structures from families are essential to allowing those working in the industry to succeed.”

On 26 November, Create launches its 10-day festival of music, film and debate dedicated to exploring issues around social mobility in the arts, supported by a visual campaign directed by Peter Saville (pictured top).

The festival will reflect on the findings of the survey and explore the role of government, cultural institutions and businesses in addressing the issues raised.

Panic! What Happened to Social Mobility in the Arts, 26 November – 5 December 2015. www.createlondon.org/panic