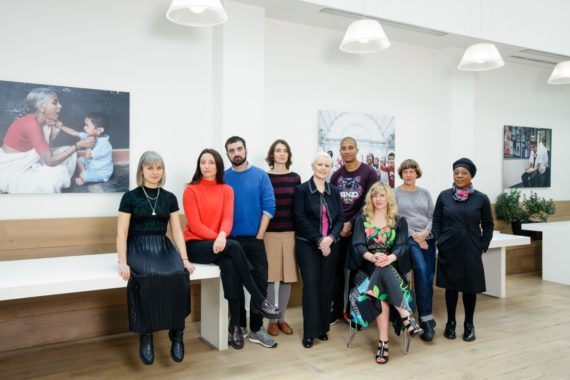 Paul Hamlyn Foundation has announced the recipients of its 22nd annual Awards for Artists. Designed to give artists the time and freedom to develop their creative ideas, the £50,000 ‘no strings attached’ awards are made annually to visual artists and composers at a pivotal moment in their careers. Each award is spread over three years.

Announcing the recipients at a reception hosted at the foundation’s offices in London, Paul Hamlyn Foundation chair Jane Hamlyn said they “represent an exceptional cohort [whose] artistic talent is particularly wide-ranging and reflects the diversity of practice amongst artists in the UK”.

Keynote speaker at the reception, the filmmaker, opera director, and screenwriter Penny Woolcock added: “A world without art is literally impossible to imagine. It’s how we save ourselves when there’s no other way out.”

Lucy Beech and Edward Thomasson, who have collaborated on performance projects since 2007, create choreographed group activities that use movement to explore everyday emotional and occupational problems and experiences.

Speaking about the award, they said it would transform the way they ‘build’ projects, and enable more freedom to explore and develop new works independently: “The support will allow us to construct a self-sufficient working method, in order to build a more fluid and sustainable way of producing into the future.”

London-based Sonia Boyce, who is best known for her multi-media works that explore issues of race and gender, has most recently been working on a number of improvised performances in collaboration with practitioners from other disciplines including a freestyle rapper, a vocalist, and a choreographer.

Explaining that she wished she could be more erudite in “sharing some ambitious plans for the coming years”, she added: “This award affords me some much needed time to look and see. I feel very lucky.”

Filmmaker Rachel Reupke, whose work explores the complexities of interpersonal communication and often draws upon influences from the advertising industry, said the award would enable her to continue to produce films without the constraints of finding production funding on a project-by-project basis.

“I am looking forward to using the time and space enabled by this award to focus on developing ambitious new work in a spirit of research and experimentation,” she explained.

Glasgow-based Lucy Skaer uses image, sculpture and film to explore the limits of image-making and how objects affect and are affected by the spaces in which they are situated.

Explaining that her approach to making work – often adjusting works exactly to fit a space, or retitling or adapting them depending on circumstance – isn’t the most market-friendly of choices,  she said the award would give her “three years of stability to continue a trajectory of making exhibitions in their most uncompromised form”.

Cara Tolmie uses performance, music and moving image to probe the site-specific conditions of performance-making, recently using the singing voice to vocalise the political and poetic capabilities of physical, written and musical languages.

She said: “I am deeply humbled to have been given this, mostly because I know how much stress it will alleviate over the next three years. I just hope that I can use it to benefit those around me too, and open up some joyful possibilities whilst I am a recipient.”