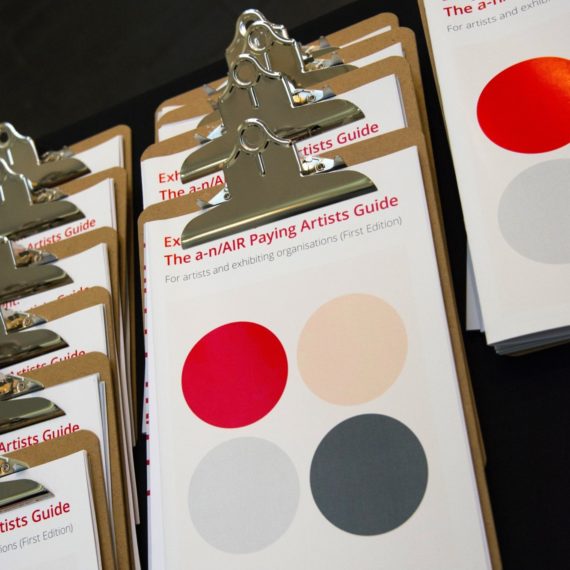 “A red letter day in the UK visual arts sector” is how a-n chair Jayne Knight described the launch of Exhibition Payment: The a-n/AIR Paying Artists Guide – the result of  more than two years working and consulting with artists, major public funders and visual arts organisations

At the official launch yesterday evening at Jerwood Space in London, Shonagh Manson, director of Jerwood Charitable Foundation and Jerwood Visual Arts, outlined why she supports the principles of Exhibition Payment.

“By actively taking part in the [Paying Artists] research as a test organisation we’ve been taking a real forensic look at how we’ve been working with artists and how we’ve been paying them,” she said. “This framework has already helped us to focus, and we’ve found ways to increase some of our fee offers to artists even while having to cut our budgets overall.” 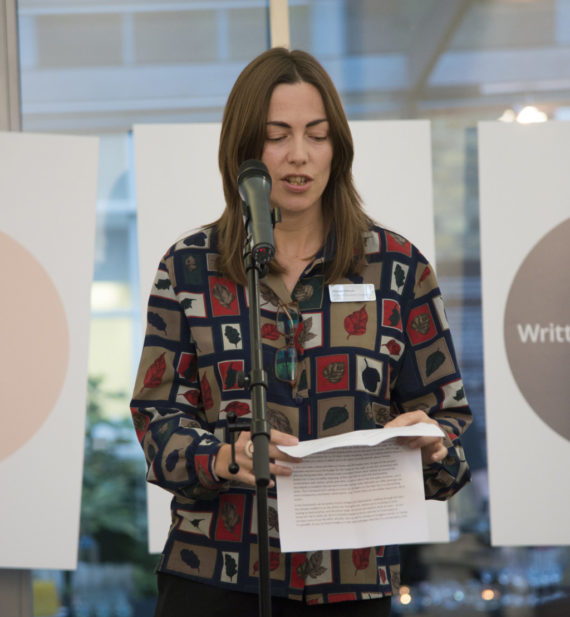 She continued: “We try to develop and influence the best possible conditions for the making of art. We now have a far better sense of where we are meeting those standards and where we need to focus next – artists are at the heart of what we do so we’ve got to walk that talk.”

The guide outlines a set of suggested payments to artists (ranging from £150 to £6,000) as a fee for their contributions to publicly-funded exhibitions. It covers a wide range of exhibition scenarios along with guidance for implementation. 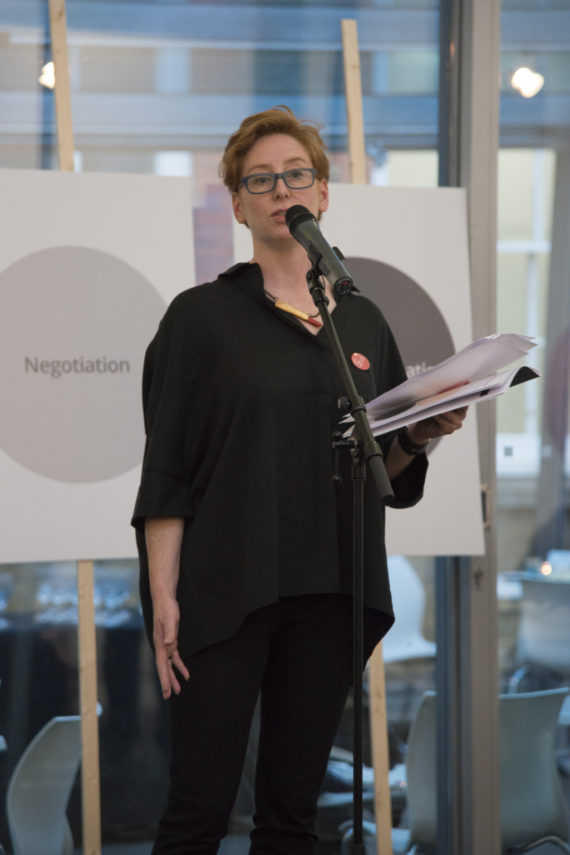 She added that consultations with almost 2,000 individuals and analysis of 166 publicly-funded arts organisations in Scotland, Wales and England had resulted in “a flexible, clear guide and payment framework that will help artists and organisations to agree mutually beneficial payments and agreements”.

The launch of the guide, she said, marks the start of a change in how artists are considered and paid in the sector. “I believe this guidance is going to bring a lot of positive change in the years ahead, and I know this because I can see that we’ve come a long way already.

“We’ve gone from telling galleries ‘you have to pay artists’ to everyone saying ‘yes we agree, let’s do it’ – the conversation about artists’ pay has moved on a lot in the last two years; there’s still a lot to do, but the change has already started.” 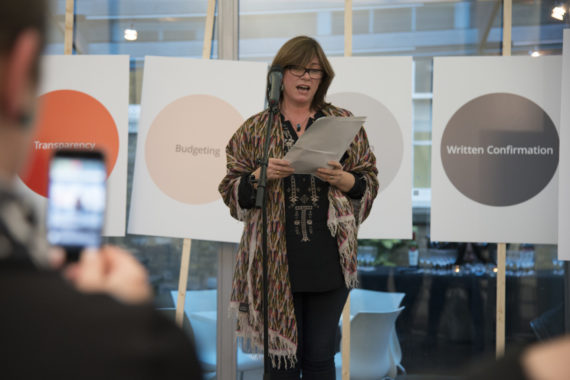 Jane Wilson talked about the importance of public funding for artists. She said that as part of a collaborative artist duo with her sister Louise Wilson working in London since 1991, she’d seen the landscape for contemporary art change considerably.

“With the rapid extension of the commercial art world, we’ve also seen public funding slowly decreasing, along with a decrease in the number of paid opportunities for artists.

“So at a time of often unregulated growth in the commercial art market it is quite sobering to learn that the average artist earns £10,000 a year.

“All the more reason to have such a timely publication and one that sets out a guide for paying artists and one that does so with such clarity – it’s certainly something which should be built into curatorial courses so young curators get to see this as a handbook and a guide to how they operate.”

A member of a-n’s advisory AIR Council when it initiated discussions about artists’ livelihoods in 2012, Joseph Young said that a key message from the early consultations with artists was that of diversity. If only those artists who can afford to work for free are exhibiting in publicly-funded galleries, then how are artists from less privileged backgrounds ever going to make a living? 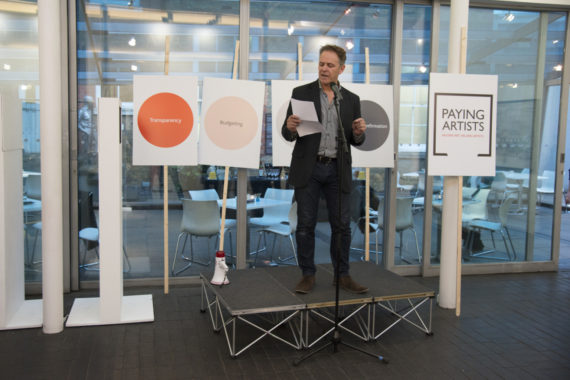 “All publicly-funded arts organisations have to have a diversity policy as a condition of their funding, so if we could ensure that a key outcome of Paying Artists was a greater diversity in the artistic workforce then galleries would benefit when artists are fairly paid,” he explained.

“Artists need to feel confident that their work has a financial value as well as an artistic value and to feel safe in the knowledge that the organisations they are working with also value artists enough to pay them a fair fee.”

The evening opened with a short performance by artist and a-n board member Dan Thompson who read from the Paying Artists Artist-led Manifesto. Created by Thompson especially for the campaign, the manifesto sets out the principles of fair payment for artist-led groups and collectives.

Thompson’s performance was accompanied by a series of events across the UK, with simultaneous readings taking place in Glasgow, Margate, Leeds, Stoke and Swansea. 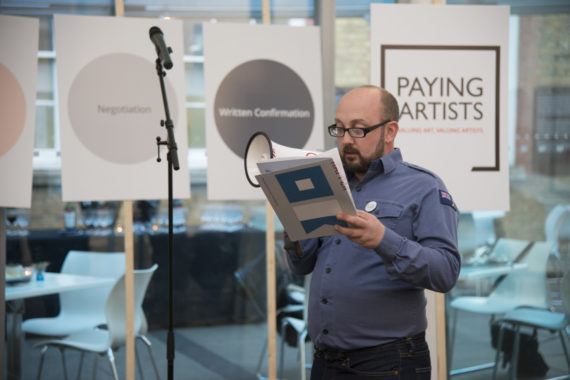 In her closing remarks, Jayne Knight expressed her pride in how a-n and AIR had worked with the visual arts sector to develop Exhibition Payment.

“Together we have succeeded in creating something which will play a critical role in the future success of the visual arts sector,” she said.

“Without artists there would be no galleries or public programmes. Today we are doing something by promoting diversity and equality, so all artists can make work. And not just those who can afford it.”

“It’s now up to the sector to make this happen. To put the framework and guidance to work to show how we can value both art and artists by implementing Exhibition Payment for artists in the UK.”