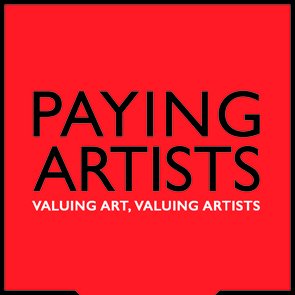 Two shocking sets of data have been revealed by the an/AIR Paying artists research: firstly, the extent to which artists’ incomes have dropped and how little remuneration they receive for showing in publicly-funded galleries; and secondly, that these galleries consider remedying this situation as a low priority.

What, then, is to be done? Significantly, when a-n/AIR held consultations about how best to address this situation through its soon to launch Paying Artists Campaign, most artists felt that the main advocacy effort should be directed at the public, not funders. Rather than calling on funding bodies to ‘do something about it’, talking to and influencing the people who enjoy and participate in the arts was considered a priority.

Our view at a-n/AIR is that most people would be surprised to learn that artists are not paid as a matter of course for exhibiting in the publicly-funded galleries that they enjoy visiting. So, as both consumers and funders of art through taxation, the public have a vital role to play now in realising the culture change we seek, by understanding and supporting the case for paying artists.

Research by a-n has revealed the public’s enthusiasm for artists, who are admired for their skills, creativity and work ethic. There is also considerable support for the idea of fairness in employment. Many local authorities have adopted fair pay structures that move money from executive salaries in order to increase remuneration for the low paid. Despite continued austerity measures, many companies and organisations are adopting the Living wage and acknowledging the benefits in both well-being and productivity.

Launching 17 May and similarly premised on fairness, the Paying Artists Campaign is about encouraging diversity and creating equality of opportunity for all artists, regardless of their social status and income. Through a new designated website and public relations strategy, the campaign aims to reach out to and seek to influence the arts-interested public, government and legislators.

Through artists themselves, the messages will extend into the communities that artists directly engage with, generating dialogue about change for the better with their neighbours, schools and local networks. Many people beyond the arts sector will have a chance to take part in conversations with professional artists, to become aware not only of the realities artists face, but also to experience and understand how artists can enrich society and create well-being.

With over 18,000 members, a-n/AIR brings a big artists’ voice to making the case to transform the contemporary visual arts – for artists, for galleries, for funders and for the wider public. As artist and campaign supporter Conrad Atkinson says: “The economic argument for the creative industries has been well rehearsed over the past few decades. The health of the visual arts and artists is central to this and arguably feeds these industries. This is why the Paying artists campaign deserves our full support.”

National and international partners are streaming in to support this vital campaign. Included is Arts Development UK, the membership body for arts managers, who said: “Many of our members work with disadvantaged communities, and the arts can make a real difference to people’s lives. We believe that everyone should have a right to participate and enjoy the arts and that artists should be paid an appropriate wage and valued for offering their services.”

Artists, arts organisers and cultural commentators are invited to lend their weight to the campaign at Join. To host a campaign debate and presentation contact AIR Communications. Follow the conversations on twitter:#payingartists

Art of living dangerously – Provocation urging all those working with arts and culture to rethink their contribution to a vision of sustainable development that benefits the whole of society.