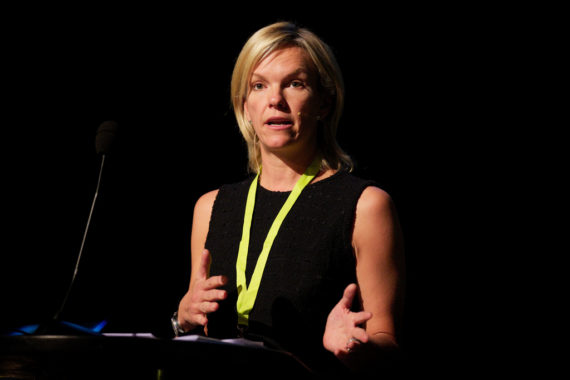 A petition organised by Artists’ Union England is calling for the reversal of the appointment of Elisabeth Murdoch to Arts Council England’s national council, the organisation’s governing body.

Murdoch, the daughter of media mogul Rupert Murdoch, was announced as a new member of the council on 5 December, one of seven appointments formally made by Karen Bradley, secretary of state for culture, media and sport.

In an open letter addressed to ACE chair Nicholas Serota, the AUE questions her suitability for the role, describing the businesswoman and founder of the philanthropic arts charity/company Freelands Foundation as “under-qualified and non-representative” and expressing concerns about “the significant conflict of interests that we believe played a part in this decision”.

The letter goes on to state that the Murdoch family has proved itself, “through its international network of media outlets”, to be the “antithesis to the values Arts Council England claims to promote, including diversity and equality, fair pay and above all, the distribution of public funding in the interest of the public good”.

Also expressed are concerns about “the Murdoch family’s views and actions on employment rights and union busting. We fear that a council member opposed to collective rights at work is a further threat to artists’ livelihood in already difficult circumstances for artists and workers”.

The letter questions the reasons behind the appointment “considering Elisabeth Murdoch’s lack of relevant experience in the sector”, pointing out what it describes as “Murdoch’s significant financial contributions, through the Freedlands Trust [sic] to the Tate under [Serota’s] leadership”. Murdoch is a former trustee of Tate and in 2015 Tate received a £150,000 grant from the Freelands Foundation. Also targeted for her links to Murdoch through the Freelands Foundation is Serota’s wife, Teresa Gleadowe.

The letter ends with a call for the reasons behind the appointment to be fully explained, along with a demand “that Arts Council England makes a public commitment to keep processes behind future appointments open and transparent, to ensure that financial contributions are not a key to participation in decision making on any level and to guarantee that its actions are never beholden to private capital”.

Responding to a request from a-n News for a statement about the concerns expressed in the letter, ACE said: “The secretary of state Karen Bradley is responsible for making appointments to the Arts Council’s National Council.” It also confirmed that Serota was one of three people on the interview panel, the others being Helen Williams, head of arts, libraries and digital culture at the Department for Culture, Media and Sport, and William Shawcross, chairman of the Charity Commission.

In the statement, ACE CEO Darren Henley said: “It’s brilliant we have someone of Liz’s [Elizabeth Murdoch] calibre on our National Council. We’re really excited to be working with a group of people who have given up their time to help grow arts and culture in this country.”

A report on ArtsProfessional adds that a joint statement it received from ACE and the Department for Digital, Culture, Media and Sport reiterated that the appointment was made in accordance with the Cabinet Office’s Governance Code on Public Appointments. The code “specifies that the processes should be fair, impartial and each candidate must be assessed against the same criteria for the role in question”.

Murdoch’s appointment has been a source of disquiet among many in the arts since it was announced earlier this month. Writing on his blog, the art historian and community arts practitioner Stephen Pritchard has described the appointment as “a corporate takeover of the arts”.

As well as its annual £100,000 Freelands Award for women artists, which was this year awarded to Lis Rhodes and Nottingham Contemporary, the foundation recently launched the Freelands Artist Programme, which will offer funding totalling £1.5 million across five years to four arts organisations, with the aim of supporting 80 emerging artists across the UK.