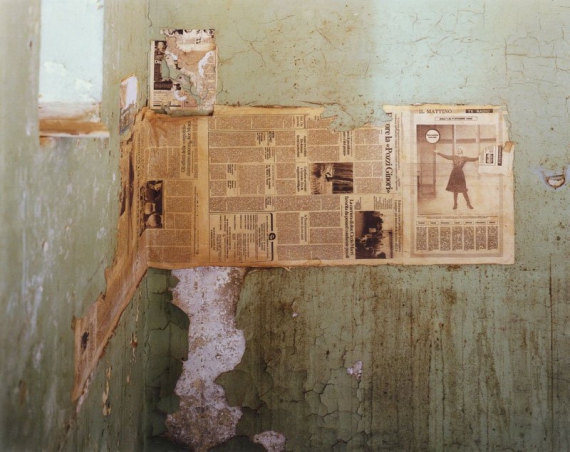 When the veteran American photographer Robert Adams’ asserted in 1980’s Landscape: Theory, that “fundamentally, I think we need to discover a non-ironic world”, the words could have quite easily come from the mouth of Guido Guidi.

Seeking out something pure, Guidi’s vision of the world – largely comprising but not limited to his immediate environs in Cesena, Italy, where he still lives – is careful neither to be clichéd nor judgemental. He never imposes himself on the spaces, surface and people he depicts.

London-based publishing house MACK has now made the life’s work of this internationally undervalued but nevertheless important figure of Italian photography into a rich monograph titled Veramente – meaning ‘truthfully’. Leafing through it, we can observe Guidi’s characteristic knack for showing scenes where we would otherwise think there is nothing to see.

From his black and white prints produced during the late 1960s and early 1970s bearing the hallmarks of post-war Neorealism, as evinced by Italy’s legendary film directors Roberto Rossellini and Vittorio De Sica, to the intangible emptiness of the interiors in his Preganziol series from 1983 (themselves apt metaphors for the camera), Guidi’s early photographic pursuits now carry both sentimentality for a bygone era and honest concerns of light, shadow and reflections.

In other bodies of work, principally his colour photographs, there is a tendency towards a more subjective type of recording, and the sense that scenes assume form and become apparent only for his lens is what prevails most strongly. Typically, these images don’t show landscapes of the picturesque or majestic sort; instead they set out to document unprescribed and peripheral sites in the city or its surroundings.

As the curator Marta Daho notes in her accompanying essay at the end of the book, Guidi’s explorations transcend the subject matter of his photographs. As if thinking with his eyes, his guiding principle centres on what it means to see, in that millisecond of time when a view gives birth to an image, shot without recourse to irony, veramente.