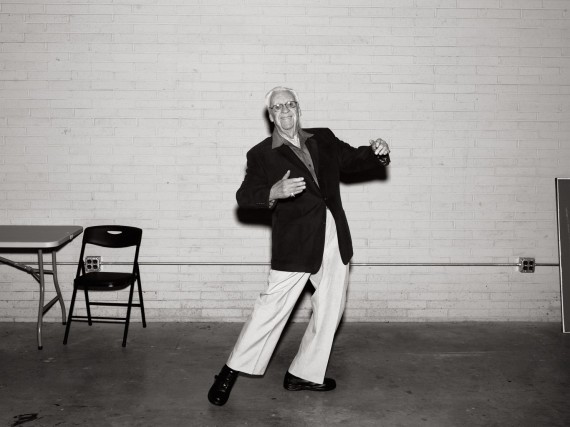 Photographer Alec Soth is a wanderer, always looking to be carried along in his search for people, places and environments that bear a gentle melancholy or certain eccentric qualities.

And so it was to various small communities across the US that he naturally gravitated for this outing. From Texas to Silicon Valley, in his capacity as a local newspaper reporter Soth covered a range of social events – dances, meetings and festivals. Travelling state to state, he produced countless stories over a three-year period for both his self-published LBM Dispatch and The New York Times.

These photographs have culminated in Songbook, an eagerly awaited new publication by MACK. Offering a backstage pass to middle America, where various forms of worship – religious, technological, consumerist – are laid bare via a stage set of diverse and unlikely players, the curtain is pulled back to reveal scenes that both reflect and enact longing, despair and triumph.

Soth’s work offers a penetrating insight, in part because he has isolated the images from their original news context to inject fiction into documentary and open up new possibilities for meaning. By doing so, he builds a narrative around the idea that, while in the era of television, Facebook and mobile devices we are increasingly brought together, we are at the same time growing apart and thus craving for some deeper form of connection.

Closely aligned with this is Soth’s specific style and vocabulary of expression. Harking back to the aesthetics of his Looking for Love series from 1996, these black and white photographs are starkly rendered with flash and a wide-angle lens. Appearing like crime scenes, they create an aura of mystery, isolating subjects while emphasising their defects and insecurities.

With careful nods to photography history via the unreality evinced in Larry Sultan and Mike Mandel’s legendary body of work, Evidence, as well as the stark portraiture of August Sander, this book is one for the aficionados. Beyond that, it is a majestic exercise in pairing images with text (here, in the form of song lyrics), from a photographer at the top of his game as he gears up for his first major UK exhibition at Media Space later this year.