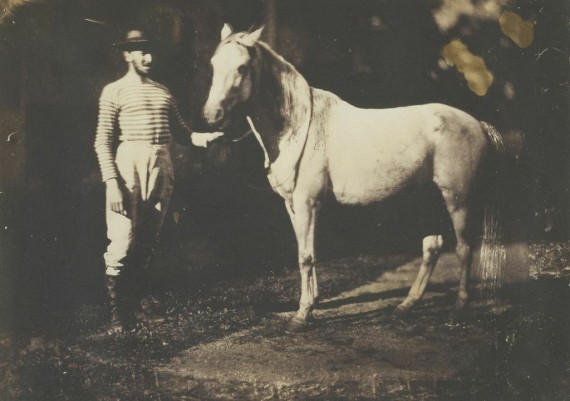 It may be a cliché to say that we are living in an image age or a new era of visual literacy, but camera technology, the Instagram ecosystem and networked media have all challenged and circumvented traditional practices for photography, giving rise to unprecedented levels of access to imagery. Indeed, it has been estimated that more photographs will be taken in 2015 alone than in the entire history of the medium thus far. But what if we were to imagine a moment when it was utterly new to see and make sense of the world in terms of making pictures?

Rewind to when photography was in its infancy, and only then can we begin to understand and appreciate such unfamiliarity. A publication entitled Salt and Silver, released recently to accompany an exhibition of the same name at Tate Britain, takes us back to that future via one of the most distinctive and diverse collections of works from 1840-1860, that belonging to the Wilson Centre of Photography.

Emerging as a new medium born of a desire to ‘fix’ images refracted through a lens, photography was first described as ‘the art of fixing a shadow’, made possible by coating paper with light-sensitive silver chloride. A kind of alchemy where nature drew its own picture, much of the magic of this process has been lost in the digital age.

Brimming with the immediacy and freshness of something made for the first time, many of the featured images from William Henry Fox Talbot, Auguste Salzmann and others are attempts at mastering technique and exploring various subject matter. We see camera-less photographs by placing objects directly onto light-sensitive material right through to representational studies of nature, landscapes, architecture, ruins, portraits and even scientific experiments, their formal and utilitarian potential of course still echoing loudly in photography’s present.

Faced with the exponential onslaught of photographers and imagery today, pausing to rethink the origins of this relatively young and unstable medium – while reasserting the materiality of the photograph without anachronism – finds much currency.