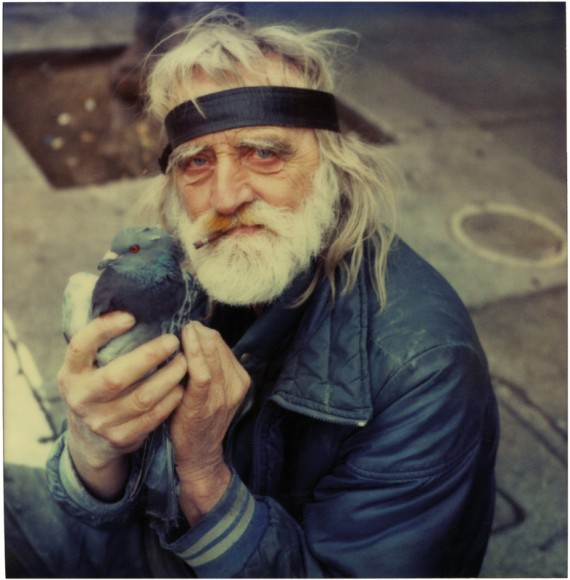 Among the few, cursory words offered as an epilogue to the photographs that make up Mike Brodie’s second photobook, Tones of Dirt and Bone, are these: “Mike Brodie took these photographs between 2004 and 2006 while travelling throughout the United States. He currently lives in West Oakland, California, with his wife, Celeste, and makes his living repairing machinery for the Petersen Tractor Company. In his free time he can be found in his shop fixing cars for the people in his neighbourhood.”

Highly romanticised and bathed in soft hues of colour, his pictures of fellow care-free travellers and people he met on the road were taken back when Brodie was known as the ‘Polaroid Kidd’, an 18-year-old with a thirst for adventure, hopping trains and documenting unseen lives.

The eyes of Brodie’s subjects seem to speak of a longing to escape boredom and this is reflected back via an affinity on the part of the photographer – there’s some rare magic here which conjures up an ineffable mood piece across the set of portraits. His talent is born of the rawness of an ‘untrained’ outsider, crackling in aesthetic and social energy yet also obsessed with the stories behind the ‘dirty cloth and dull rags’.

Having now laid down his camera, Brodie has often said he is uninterested in pursuing a career as a photographer. However, while his Tones of Dirt and Bone may not have the same explosive spark as the highly-acclaimed A Period of Juvenile Prosperity, he will continue to fascinate both through his own story, the life he documents and, most crucially, through the distinction of his imagery. Great photography nurtures its own legacy.

For more information or to order a copy visit twinpalms.com