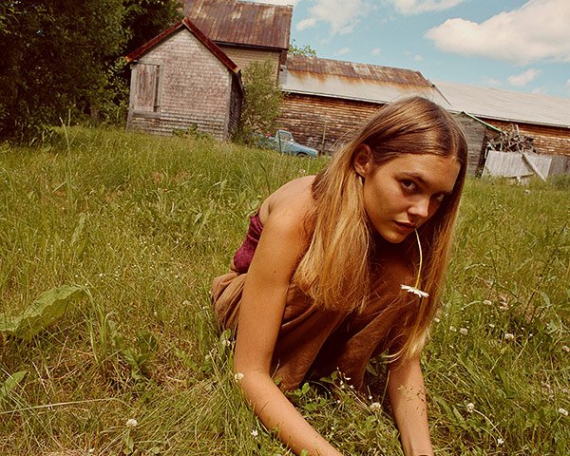 It has often been said that the break up of a long-term relationship is a kind of death. Montreal-based photographer Guillaume Simoneau’s new book, it seems, would attest to this. As the title suggests, Love and War squares up to big universal themes, yet it is born out of individual, lived experience, positing that, at base level, these similar forces both result in pain and suffering.

Rendered in a tragic key, Love and War recounts the story of a young American woman, Caroline Annandale, who enlists into the army after September 11. It follows her subsequent deployment to Iraq and the tumultuous relationship with her partner, the author of these images, who is back home.

From the introductory essay by Lisa J. Sutcliffe of the Department of Photography from SFMoMA, we learn that the couple met and fell in love during Maine Photography Workshop in 2000. Over the next eight years Annandale goes off to fight, remarries and witnesses terrible acts of war – only later to revive her long-distance love affair with Simoneau.

Knowing this, a deep sense of premonition and foreboding lurk at every page turn. Through its steady accumulation of images that jut back and forth over different time periods, we bear witness to a slippage in identities; from a care-free young hipster to a war veteran.

The oscillation between portraits that display both her vulnerability and sexuality, such as a photograph of her holding a daisy in her teeth (Caroline’s world by Joanna R, Rockport, Maine, 2000), to the emotionally distant and intimidating posture of With Weapon, Kennesaw, Georgia, 2008, is adroitly handled and gives weight to the series.

So too does the melancholic image of the Herald newspaper taken in India on September 12, 2001, on which everything hinges. It subtly helps to establish meaning and the significance of events, hinting at the interwoven consequences of large-scale conflicts that shape our daily lives. By virtue of the narrative ploy and mix of tried and tested aesthetics of photos of text messages, letters and drawings, Love and War requires a certain shift of perception, of reading the imagery.

Ultimately, Love and War is a plodding story of love, loss, heartache and horror, told bravely but with enough room for ambiguity. As such, there’s no closure. Instead, as viewers we’re left in the lurch, like a public telephone left dangling off the hook, bleating out a muffled message at a passer-by – or a half-written text message to a lover that never got sent.

Love and War is published by Dewi Lewis Publishing. For more information or to order a copy visit dewilewispublishing.com