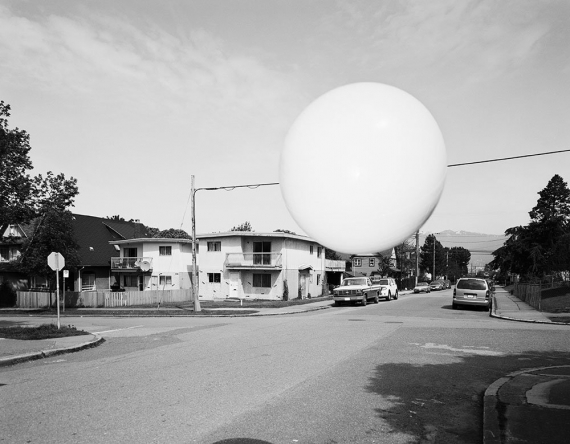 As one in a series of new releases by publisher of the moment, MACK, Aleix Plademunt’s photobook Almost There stands out for its intriguing and cooly analytic quest to fathom the sheer scale of life.

By way of introduction to the work, the Catalan photographer fittingly summons a passage from A Death in the Family by Karl Ove Knausgaård, who voiced the idea that ‘understanding the world requires you to keep a certain distance from it’. Magnified images of Plademunt’s red-blood cells and an Automat portrait of his father as a young man are firmly rooted in the personal, depicting the matter from which the photographer’s world is built.

In other works, such as those portraying Canada’s desolate terrain, Plademunt puts his own unique spin on traditions of both landscape photography and the American road trip. Similarly, he often intersperses the series with scientific views of the milky way or shots of meteorites, reduced in size. These give us the impression that he is aiming at some sort of totality, an interconnected, hidden order for the viewer to eek out.

Indeed, Plademunt’s black and white photographs illustrate a broad range of ideas not only relating to natural phenomena or the scope of our senses, but also to photography’s ability to collect and classify, in the process toying with scale, distance and their extremities.

The results are eerily awkward. They appear to be from a bygone era, yet also represent a smorgasbord of fashionable approaches to contemporary photography. Curiously, there’s both casualness and a forensic quality to Plademunt’s works. His is a visual lexicon that mixes the macro and the micro, the surreal and the everyday into an entropic whole, stabilised and fixed by the camera.

Despite its grand themes, the book’s attitude is quiet and enigmatic. It reveals a darker reality to the mundane, an elusiveness of almost ‘being there’ that lurks behind every moment.

Almost There by Aleix Plademunt is published by MACK. For more information or to order a copy visit mackbooks.co.uk