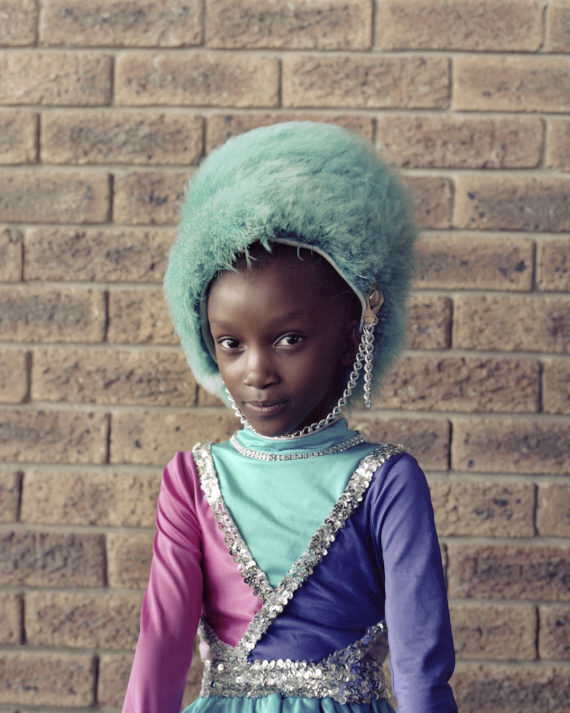 Four photographers have been shortlisted for the 11th Taylor Wessing Photographic Portrait Prize, organised by the National Portrait Gallery, London.

The photographers for the international prize are from South Africa, Ireland, Canada and the UK, with three now based in London and one in Brooklyn, New York. They are: Max Barstow, Enda Bowe, Joey Lawrence, and Alice Mann. 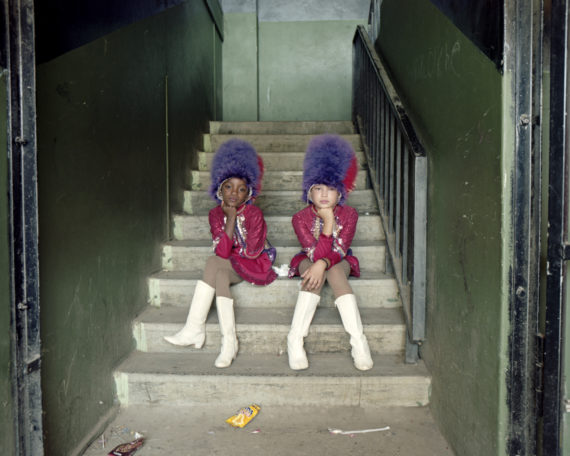 Alice Mann is a South African photographic artist based in London. She has been shortlisted for her series shot in South Africa’s Western Province, focusing on the all-female teams of drum majorettes.

She says: “For these girls, involvement in ‘drummies’ becomes a vehicle for them to excel, and the distinctive uniforms serve as a visual marker of perceived success and represents emancipation from their surroundings.

“Continuing my consideration into notions of femininity and empowerment in modern society, it was my intent to create images that reflect the pride and confidence the girls achieve through identifying as ‘drummies’.” 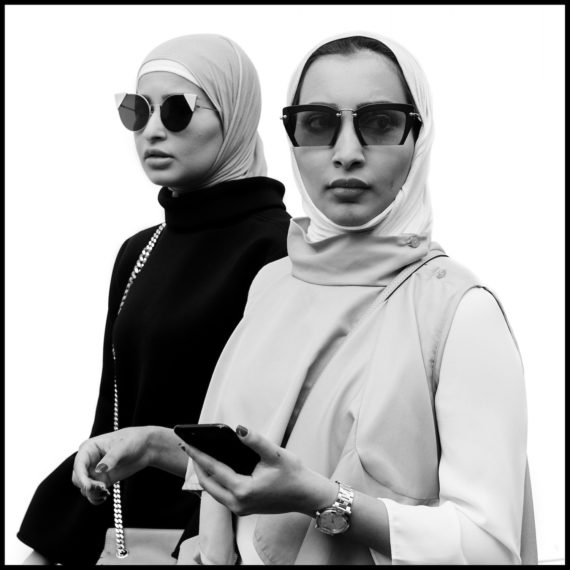 London-born Max Barstow is shortlisted for a double portrait of two shoppers from his series, Londoners, taken quickly in the middle of a crowd of passers-by. He says of the work: “I began creating the series with the aim to make un-posed portraits with the intensity of images made by great studio portrait photographers such as Richard Avedon and Irving Penn.

“[I]t is, unusually, both a formally successful portrait with a classic studio-aesthetic and a street photograph in the broad idiom of Henri Cartier-Bresson and Garry Winogrand.” 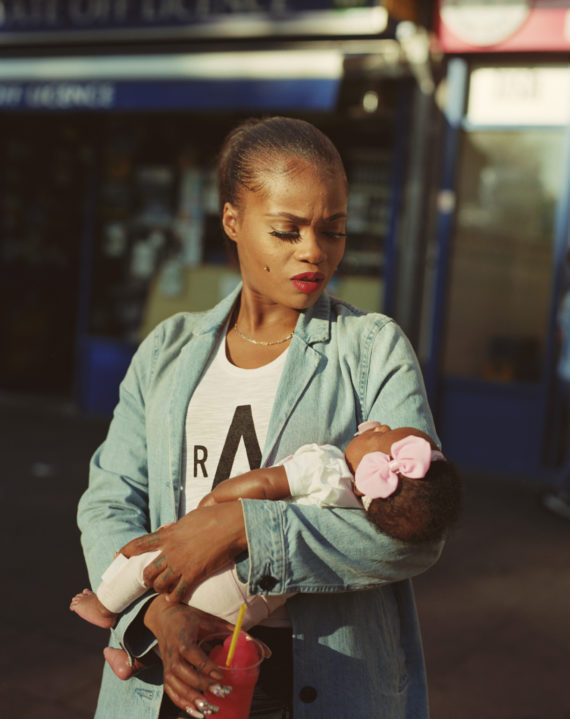 The London-based Irish photographer Enda Bowe has been selected for his portrait of Cybil and Lulu from a series of portraits titled Clapton Blossom, taken on a London housing estate. He says: “The series focuses on finding the colour and beauty in the urban, the light in the grey.

“At the centre of the housing estate where this project was made stands a huge cherry blossom tree, the unifying heart of the estate. The beauty of the blossom, symbolising hope, optimism and new beginnings connects the people within the project together.”

Joey Lawrence, a Canadian-born photographer based in Brooklyn, New York, was commissioned by the charity WaterAid for a series of photographs shot in Tombohuaun, a remote village in Sierra Leone’s Eastern Province that has been struck by water-borne illnesses. 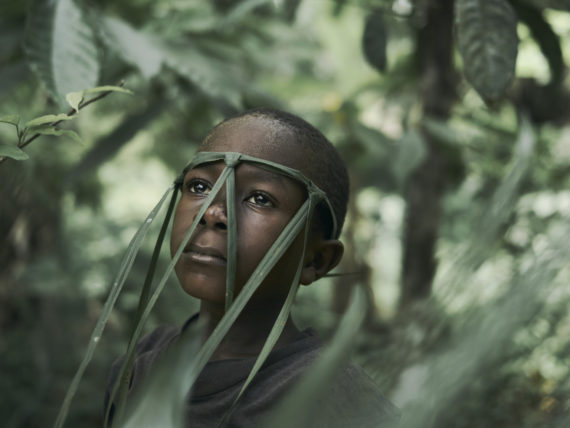 He is shortlisted for Portrait of ‘Strong’ Joe Smart. Lawrence says: “Rather than just creating images that underscored Tombohuaun’s plight, WaterAid and I envisioned a portrait study of the community that would highlight its resilience, its fraternity, its highly organized structure, and its work ethic.

“These are all the traits that will enable the village to thrive and sustain its clean water resources and practices long after the NGO has completed its work.”

The shortlisted photographs were chosen from 4,462 submissions entered by 1,973 photographers from 70 countries.

This year’s exhibition will feature 57 portraits from 49 photographers and runs at the National Portrait Gallery from 18 October 2018 – 27 January 2019. The winner, who receives a prize of £15,000, will be announced on 16 October.

Images:
1. Alice Mann, Keisha Ncube, Delft, South Africa, 2017. Keisha Ncube is nine-years-old, and is in her third year of being in the drum majorettes team
2. Alice Mann, Wakiesha Titus and Riley Van Harte, 2017. Wakiesha Titus and Riley Van Harte are two of the younger girls in the team. Their coach, Kayleen says it’s better if the girls start younger as being a part of the team improves their ability to concentrate, improving their perfomance in the classroom which gives them a head start
3. Max Barstow, Untitled, 2017. Shortlisted for the Taylor Wessing Photographic Portrait Prize 2018
4. Enda Bowe, portrait of Cybil and Lulu from Clapton Blossom series, 2017
5. Joey Lawrence, Portrait of ‘Strong’ Joe Smart, 2017.