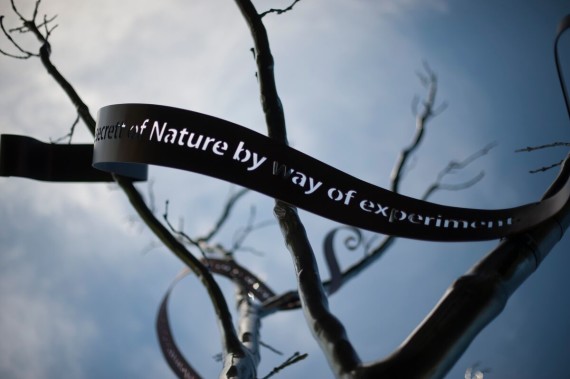 The Radcliffe Observatory Quarter (ROQ) is located in the unique surroundings of Radcliffe Infirmary, a hospital in central Oxford that was permanently closed for medical use in 2007.

Since closing, the site has undergone extensive redevelopment, with the old infirmary building now occupied by Oxford University’s Humanities office and Philosophy faculty.

Crucial to this development has been inviting artists to produce new work for the site. In fact Oxford City Council has stipulated that public art should be commissioned as part of all capital investment schemes from now on.

Managed and curated by independent public art agency Modus Operandi, ROQ now has its own ‘site-wide artist’, Simon Periton, who has been working on the project for almost three years. In addition, new public art commissions include works by Antoni Malinowski and Daniel Silver.

Simon Periton (top and below)
Periton’s Pollinator is the culmination of one of the biggest development projects the institution has ever undertaken. The centerpiece of the work is a sculpture The Alchemical Tree – a symbol connected with growth, transformation, interdisciplinary collaboration and a quest for knowledge.

In addition, there are a number of smaller satellite works across the site, including three roots around bike stands, relating to the central tree both visually and materially. 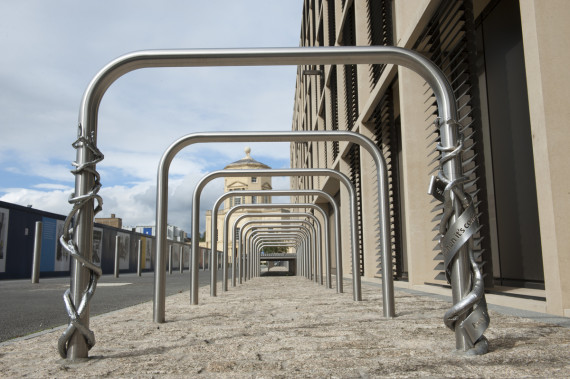 Periton comments: “The discovery of the artwork and the physical experience of traversing/navigating the site should mirror an educational model that promotes cross-fertilisation.

“The tree symbolises the process of growth and transformation experienced by students as they develop their ideas through focused study at the University; the crown represents the successful attainment of a higher state, a realisation of perfection.”

Antoni Malinowski (below)
Located on the north and south facing walls of the site’s Andrew Wiles building foyer, Antoni Malinowski’s Spectral Flip mural is made up of carefully assorted pigments that generate binary complementaries of warm and cold colour. The work appears very different when viewed from different angles. 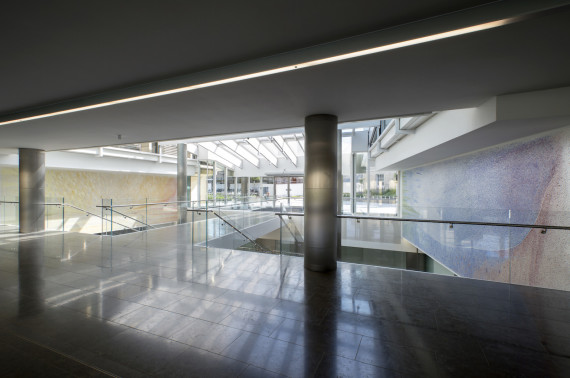 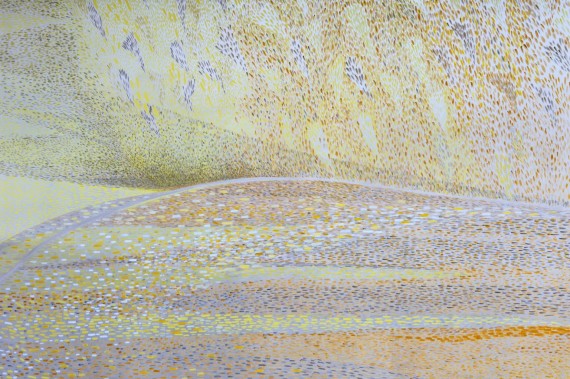 Malinowski explains: “The colour wil oscillate between darkness and light, appearing and disappearing, showing different sides of binary complementarities. One elongated thin line in each painting will contribute to the opening of the pictorial space – an invitation for an imaginary spatial journey.”

Commissioned by Oxford University’s Mathematical Institute, the work is complemented by an additional frieze on the lower ground floor of the building.

Daniel Silver (below)
The winner of the Radcliffe Infirmary Commemorative Commission, Daniel Silver’s sculpture Three Seated Figures (maquette) is on display at the Andrew Wiles Building. Inspired by the Michael Rosen poem These Are The Hands, the work references historical photographs of the infirmary, particularly those featuring nurses seated and contemplating. 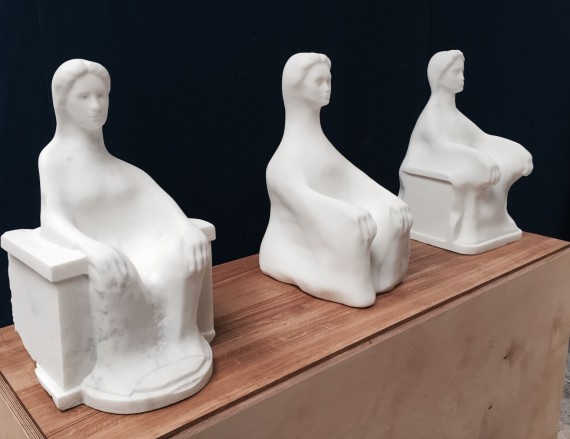 Silver comments: “The Three Seated Figures are not purely figurative, but are deliberately faded in their features. I want it to appear as though these seated figures have sat here looking at the building through the weathering of time. For generations, the figures have been there for the patients and so I want them to look like they are part of an ever-changing landscape.

“I would like the Three Seated Figures to serve as a meeting point, a place of contemplation and as a commemoration of what this space was and indeed is, now. I see an analogy in this project between the hands of these figures, as tools in the help and recuperation of the patient, with my hands as a sculptor, using them as tools in the creation of these three figures.”

Fundraising is currently under way to realise the full-scale version of the work, which will be located outside St. Luke’s Chapel, Triton Square.

For more in the series, click on the Pictures of tag