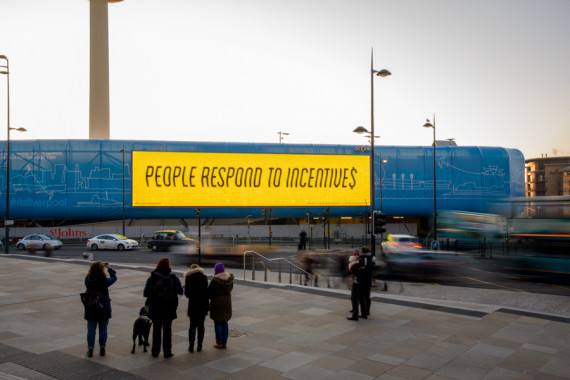 You can say a lot with four words and on the afternoon of Wednesday 20 January 2016 between 3-4pm, a lot was said via an electronic billboard in Liverpool city centre.

Situated opposite the entrance to Lime Street Station and usually used for advertising, for one hour it was taken over by curator and artist Alan Dunn for the Four Words project, part of Metal‘s Liverpool Provocations programme, which continues until Saturday.

Billed as ‘a series of interruptions’, the billboard – Europe’s biggest, full-motion digital advertising screen – featured the animated work of 108 individuals and included contributions from non-artists as well as internationally recognised names such as Gerhard Richter, Fiona Banner, Douglas Coupland and David Shrigley.

Snappy, slyly subversive and sometimes thought-provoking announcements and calls to action flickered like unexpected interruptions to afternoon shopping trips. See the video below for more. 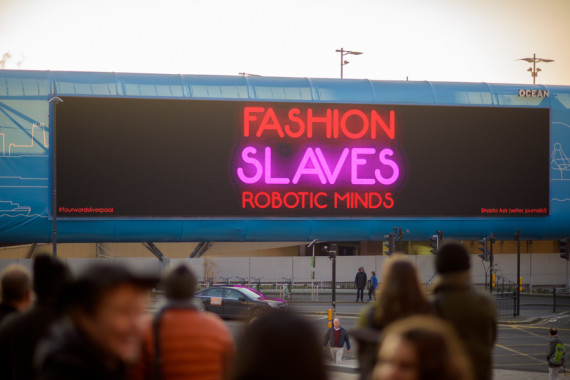 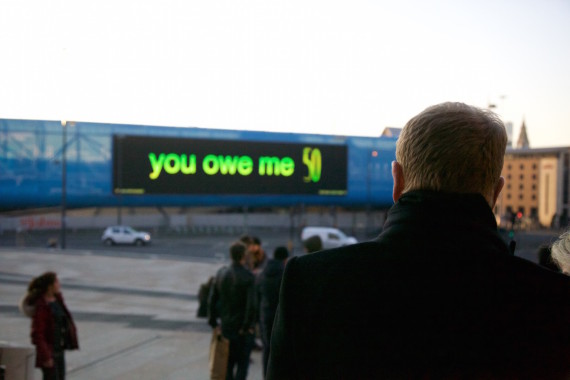 Zak Dunn-Jurack
Continuing the theme of money, credit and consumerism, 16-year-old Zak Dunn-Jurack announces that ‘You owe me 50’. 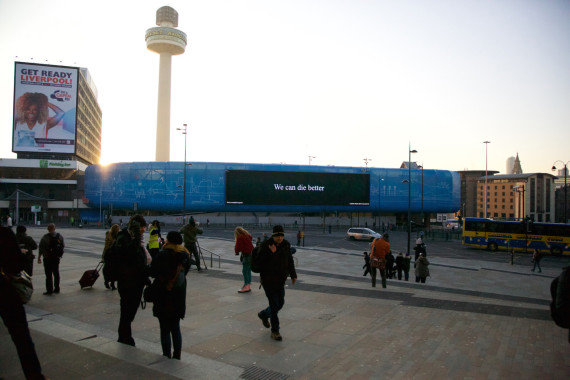 Harriet Walsh (Permaculture)
Sometimes, four words can stop you in your tracks: ‘We can die better’ declares Harriet Walsh, who works for the Permaculture Association in Leeds. 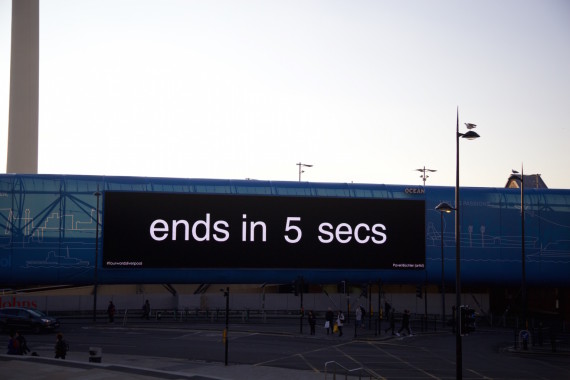 Pavel Büchler
At other times, four words can raise a wry smile: ‘ends in 10 secs’ begins Manchester-based artist Pavel Büchler‘s countdown billboard. And it did.

Use the Pictures of tag for more in the series