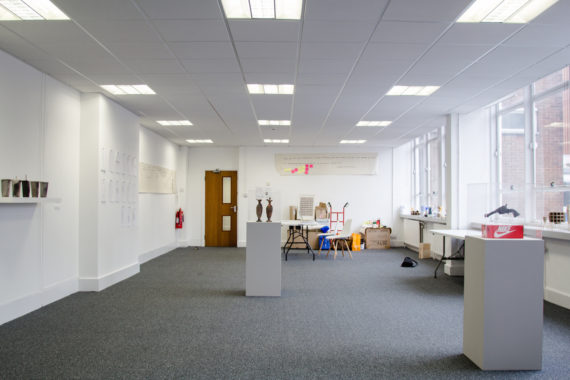 Manchester city centre has fast become a place of spiralling commercial investment, with space at an all-time premium and artists rapidly being pushed out. If things were bad in 2012 when Castlefield Gallery’s New Art Spaces project was first set up, the situation now – as its newest space opens in Bolton, ten miles north west of the city – is even worse.

By its very nature, the number of spaces created by the project is in a state of constant flux, and the opening of New Art Spaces Bolton follows the recent closure of a space in Chorlton, south Manchester. These temporary spaces have been conceived as a means of providing less established artists with the opportunity to develop and present new work. 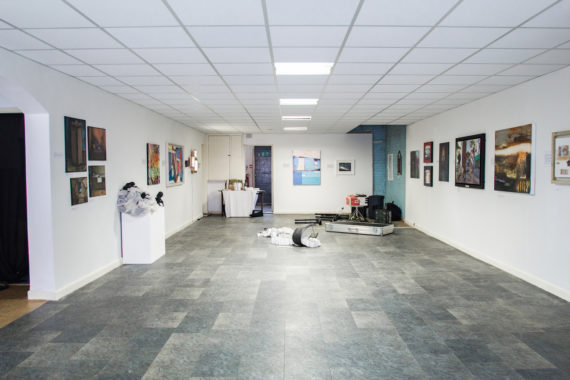 This “meanwhile” form of occupation, as Castlefield Gallery director Kwong Lee terms it, is negotiated with private landlords at a peppercorn rent, the agreement being that the project will vacate as soon as a commercial buyer is found.

A creative partnership with Bolton’s neo:artists, the space at Churchgate House is a 1960s-style mix of empty, open-plan offices and vacant shop units about a minute’s walk from the train station. It took around two months to make habitable and is now home to over 30 artists, with more on their way. 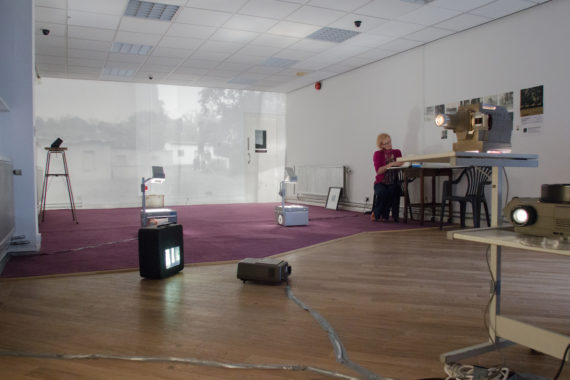 Importantly, artists can only apply for a space with a specific, time-bound project in mind, as Lee explains: “Despite the scarcity of available studios and artists’ very best intentions, often they can end up being used as nothing more than storage spaces.

“This model doesn’t allow for that: the time limit (which can vary from anything up to around six months) adds a real sense of urgency, and helps keep the place active and alive.” 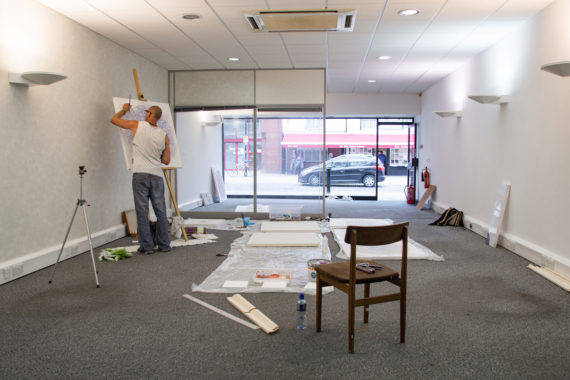 James Bloomfield, one of the artists based in the upstairs offices at Churchgate House, is working on a project about conscientious objectors and shame propaganda during the first world war, in collaboration with Salford Museum and Art Gallery and the Working Class Movement Library.

“The amount of local interest that the New Art Spaces project has attracted has been invaluable,” he explains. “People enter out of curiosity and, by chance, I’ve already met two passers-by whose parents were conscientious objectors, and another who gave me a first-hand account of an incident of ‘feathering’ in the street where he grew up.” 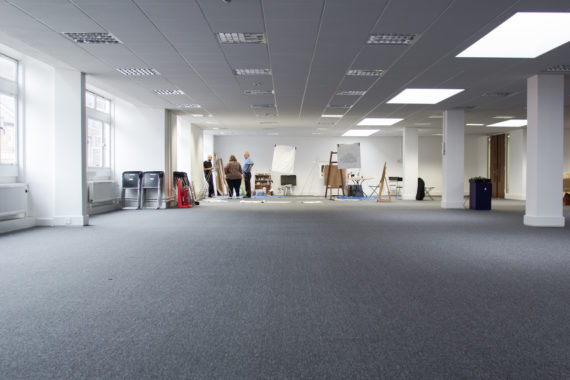 The variety of spaces provided also helps the scheme cater for each artist’s specific project needs. Further down the corridor, Marguerite Heywood is experimenting with Tyvek, a highly durable, paper-like plastic that allows for very large-scale methods of working. Heywood, who was previously based at home, says: “Going bigger is something I’ve always wanted to explore but never had chance.” 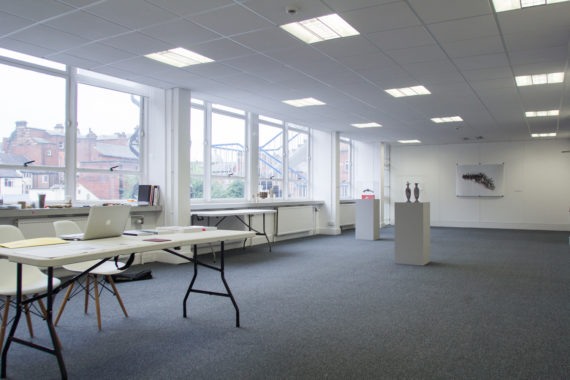 Downstairs in one of the shop units, VS, a joint exhibition by New Art Spaces Leigh and Standish-based Cross Street Arts, is on show until November.

Steven Heaton, an artist and director of Cross Street Arts, says: “New Art Spaces is a fantastic opportunity for artists to showcase their work and to network with other studio groups and artists, [as well as] receive feedback from like-minded individuals and visitors, forming important links for future development.”

Which is exactly the kind of thing the project is keen to encourage, as Lee explains: “Manchester has a great DIY culture and we want to complement, not undercut that, by connecting with local networks across the region.”