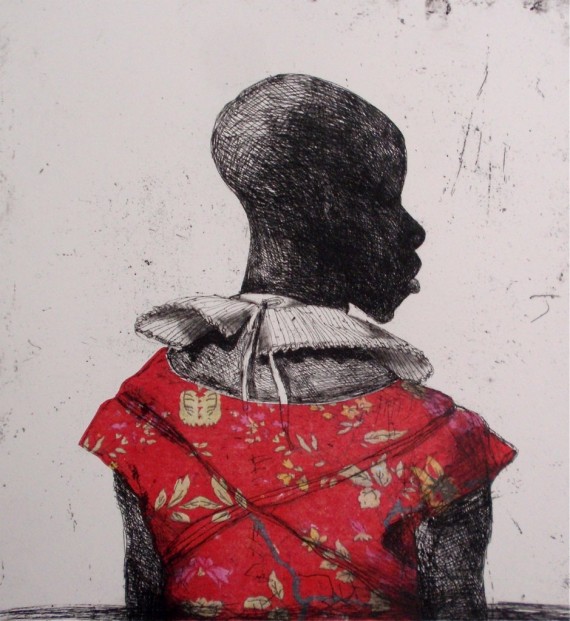 The International Print Biennale has announced a shortlist of 37 artists for Print Awards 2014, the open submission prize that celebrates current international talent in printmaking. The awards, which form the centre piece of the Biennale taking place across north east England over the summer months, attracted 740 entries from the USA, Canada, Australia and Thailand, as well as the UK and Europe.

Among the shortlisted artists are several a-n+AIR members including Trevor Banthorpe, Emma Hunter, Jane Stobart, and Carolyn Thompson. Art Party instigator and ‘Old Flo’ campaigner Bob and Roberta Smith is also included. Works by all shortlisted artists will be showcased in exhibitions at Hatton Gallery and Northern Print, Newcastle upon Tyne, 27 June – 8 August 2014.

Speaking about this year’s selection, International Print Biennale director Anna Wilkinson said: “It’s wonderful to have received so many entries from artists across the globe – there’s such incredibly diversity and it’s great to see that contemporary printmaking is so vibrant, with everything from traditional print processes and new technologies appearing in the final selection. Our selectors had a tricky task…”

The International Print Biennale programme will feature major exhibitions at Laing Gallery (Newcastle upon Tyne), Queen’s Hall Arts Centre (Hexham) and Bowes Museum (Barnard Castle). Each of the selectors has also nominated one artist each to exhibit work as part of the Biennale – they are Jane Kent, Keith Coventry and Bedwyr Williams.

Artists are UK-based unless otherwise stated: