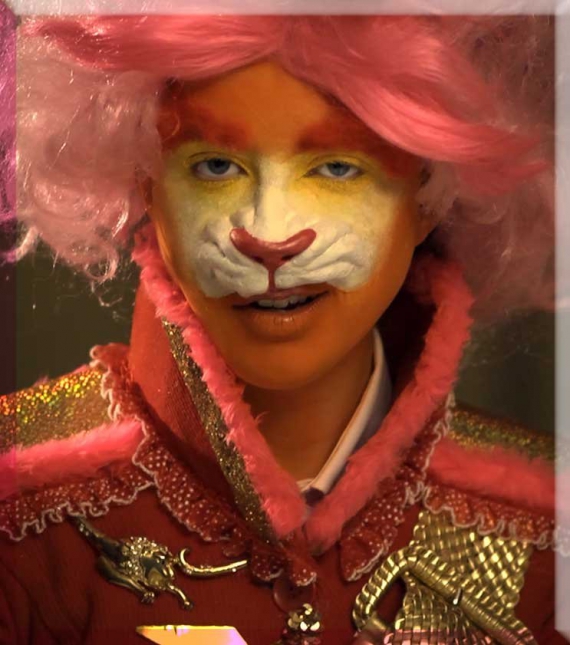 Rachel Maclean has been announced as the winner of the Margaret Tait Award 2013. Named after acclaimed Scottish experimental filmmaker, the award recognises ‘Scottish artists and Scotland-based artists who work within film and moving image in an experimental and innovative way’. Maclean wins a prize of £10,000 as well as the opportunity to present a new commission at Glasgow Film Festival 2014.

Announcing the award, the panel said: “Rachel appears most definitely to be on the cusp of something big, with upcoming exhibitions this year at the Collective Gallery (Edinburgh) and Edinburgh Printmakers as part of the Edinburgh Art Festival, and a solo show at CCA during the Commonwealth Games in 2014. We find her work extremely unique – it certainly provokes a reaction!”

Titled Happy and Glorious, her proposed film will be a black comedy that ruminates on the nature of what it means to be British and in the process sets out to explore the complex histories and mythologies which underlie its construction and deconstruction. The film will have a special resonance given the upcoming referendum on Scottish Independence, as well as the 700th anniversary of the Battle of Bannockburn and the 100th anniversary of the beginning of the First World War.

Previous winners of the Margaret Tait Award include Stephen Sutcliffe (2012), who has re-edited his film, Outwork, which premiered at Glasgow Film Festival this February, for an exhibition currently showing at Tramway, Glasgow. Anne-Marie Copestake, whose film And Under That has screened at Café Oto in London and is due to screen at Media City Festival in Windsor, Canada this month, won the award in 2011.