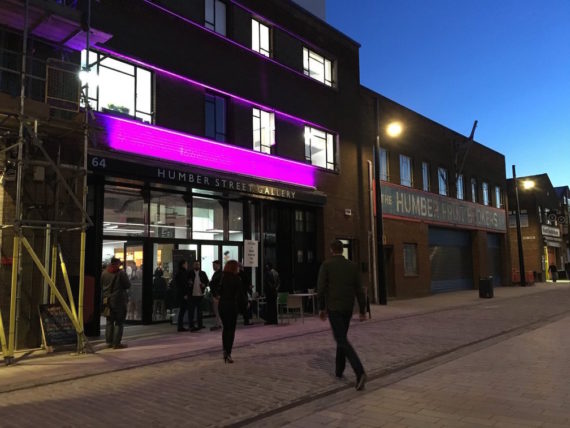 With a view of Hull Marina and populated with cafés, bars, a specialist chocolate shop and artist-led exhibition and workspaces such as Studio Eleven and Kingston Art Group, Humber Street attracts a wide public, from families on weekend outings to groups on a night out. Where once Hull’s artist-led activity operated on the margins, it now draws in more people than perhaps ever before.

This is the contemporary backdrop for the ReROOTed festival, co-curated by Mike Stubbs and Gillian Dyson, a revival of Hull Time Based Arts‘ (HTBA) ground breaking annual Running Out Of Time (ROOT) festival of live and experimental media art, which ran from 1992 until 2002.

The recent two-day event brought together artists, curators and producers working in live or new media art, many of whom had been involved with HTBA at some point between 1984 and 2006. 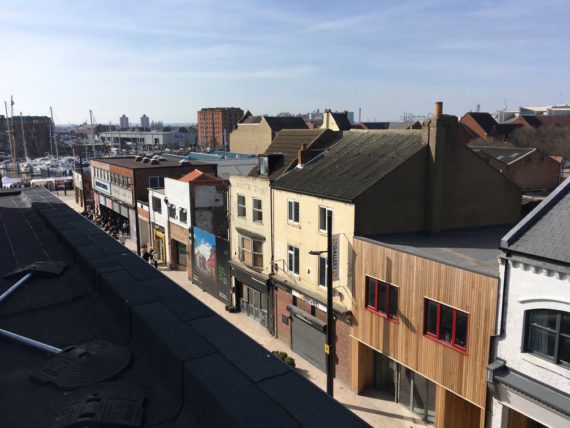 The event drew on HTBA’s history of experimentation, performance art and interventionism, with a number of artists presenting unscheduled work throughout the city alongside programmed talks and performances.

During a panel discussion, artists Simon Poulter, Roddy Hunter and Rachel Baker spoke of a sense of being ‘alumni’ of HTBA – of pivotal moments in their practice that shaped their careers.

Hull UK City of Culture 2017 chief executive Martin Green observed how HTBA had shaped the city’s adaptability to art. In his speech during the festival launch party, Green paid tribute to the organisation’s legacy, observing that it was its earlier risk taking that had made the City of Culture team’s job easier, as many boundaries had already been crossed. 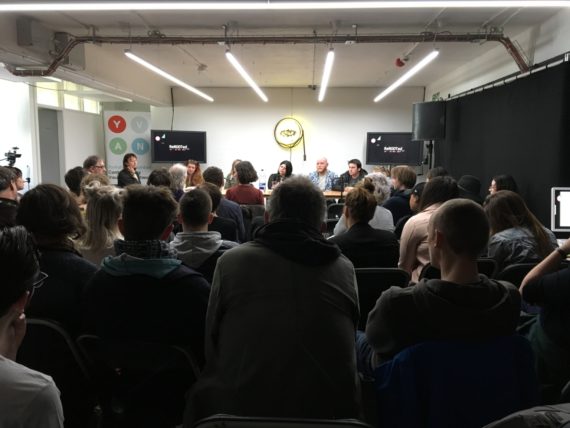 Founded as a cooperative by artists and musicians Rob Gawthrop, Jo Millett, Tom Scott, Karen Rann and Dave Ellis, HTBA’s ethos followed in the tradition of the London Filmmakers Co-op, with experimentation, improvisation, risk taking and socially progressive politics at its core.

Over the years it was formalised as a secondary cooperative and with Mike Stubbs at its helm (1987-1999), the organisation had a strong sense of linking activism and art, with performance art, tactical media interventions, and hacktivism often part of the programme.

In its later years under the direction of Kathy Rae Huffman (2000-2001) and Walter Van Der Cruijsen (2002-2005) it brought a focus on women and new media practise, and then an ever-greater emphasis on coding and net art.

The organisation’s dual emphasis on politics and experimentation could be seen in the ReROOTed festival, which alongside a more formal programme included a number of artists creating ‘interventions and actions’ around the city and along Humber Street. 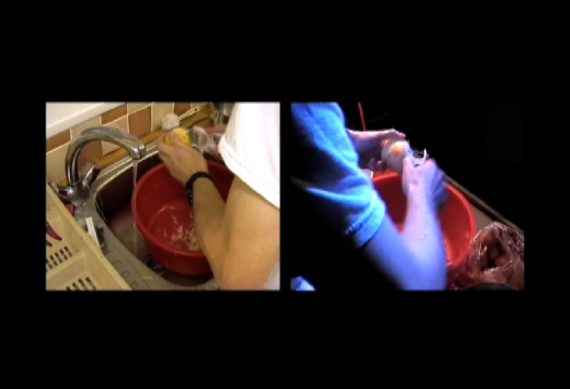 One of these artists, John O’Shea, took the opportunity to round up the ReROOTed audience after the opening night meal at Thieving Harry’s, setting-up a projector and commandeering a table to perform Peeling the Potatoes #2.

In his easygoing anecdotal style, O’Shea informed the crowded bar that he was undertaking a competition with his former self, to see if he could peel 12 potatoes faster than he had done in November 2003, during a performance at the Hull Boathouse – a venue founded by another HTBA ‘alumni’, the late Paul Burwell. Footage of his original performance was projected onto the back wall of the venue.

O’Shea’s informative and highly entertaining monologue was ripe for heckling and became, in part, a conversation and collaboration between himself and a group of lads on a night out who decided to judge each potato as it was peeled. Needless to say, 13 years and five months on, O’Shea only succeeded in peeling seven potatoes. 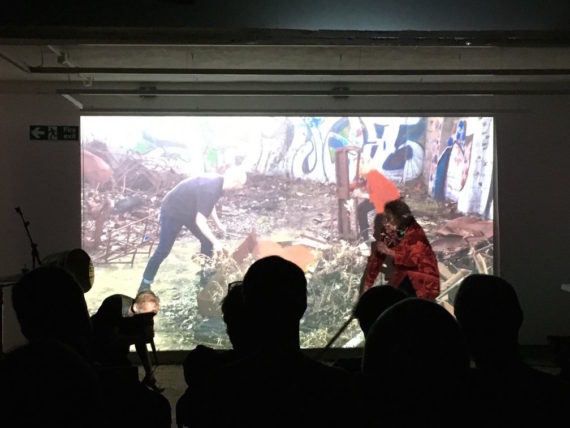 Inside the Humber Street Gallery and following on the heels of the festival’s launch of the Performance Magazine online archive, Anne Bean performed Post Reality: Laws of Similarity and Contagion to a changing backdrop of projected archival images and texts from her own and others performances.

Bringing to life past artworks that had been written about in Performance magazine, the artist performed a range of sounds, ad hoc instruments and actions that were funny, emotional and overwhelming.

Joined by a series of collaborators, Bean also brought in archival images from her work with Bow Gamelan Ensemble. Together with long-time collaborator Richard Wilson they brought back to Hull their industrial and pyrotechnic performances, this time using fire crackers thrown against a wall instead of their legendary hard hat firework launchers. 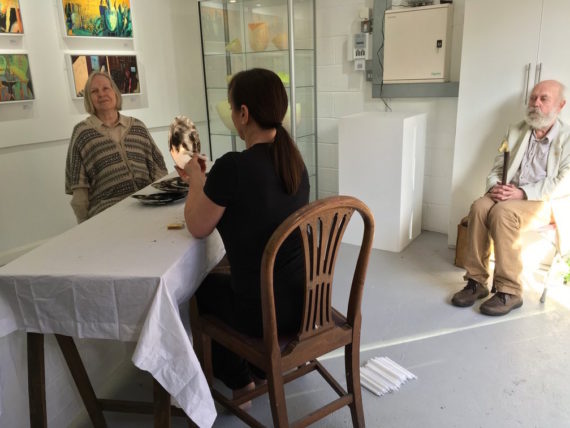 From Gillian Dyson‘s place-specific performance in which she burned the surface of ceramic glazed plates with a candle, to Gawthrop and Millett’s analogue 16mm film and audio performance, much of the works staged during ReROOTed could be said – like Bean’s piece – to be a live archive, reappraising and reliving a shared ethos.

The best art is uncompromising. At its height, Hull Time Based Arts curated and commissioned works that took risks, asked difficult questions, and used intricate combinations of time and place to create ambitious and often publicly sited experiences that disrupted the status quo.

On a smaller budget than many of its previous incarnations, ReROOTed was about reassembling a community and reaffirming an important, but potentially overlooked time in the city’s recent cultural history. 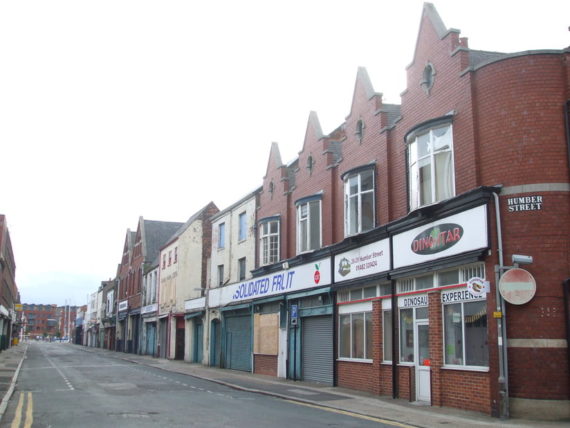