Residency for not making art: "People had trouble understanding it at first" - a-n The Artists Information Company 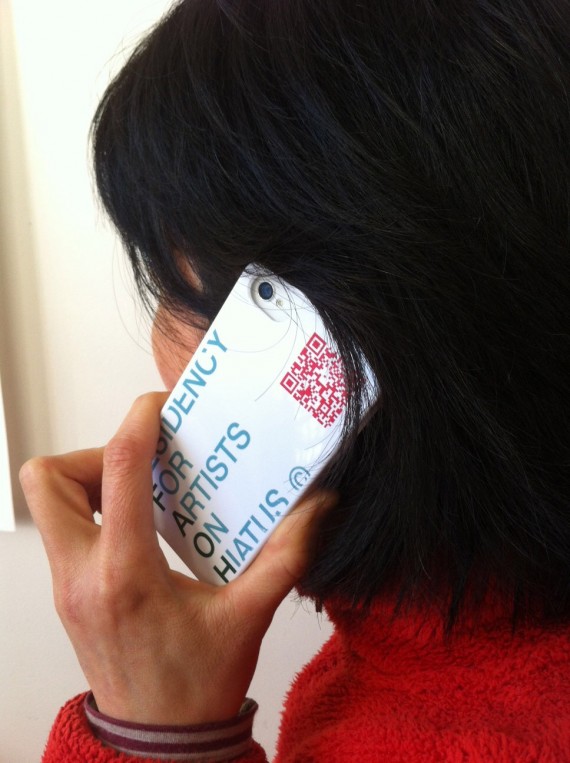 “For me, personally, this is my artistic survival.” Shinobu Akimoto is a Japanese visual artist based in Montreal. She is also co-director of Residency for Artists on Hiatus (RFAOH), an online residency in which participants are invited to spend between six and 12 months not making art.

Akimoto founded the project with fellow artist Matthew Evans to explore alternative contexts for artistic activity; to question the role and value of what they see as an increasingly institutionalised art world; and to confront their own disillusion and disconnection from the mainstream art scene.

“In my case I was travelling between Japan and Canada so I never belonged to a single art community,” explains Evans. “I was looking for a way to meet other artists and make work with them in an open-ended way.”

In the project’s inaugural year six participants were selected from an open call, a disparate and geographically distributed group including Slovenian Milena Kosec, who graduated in 1974 with a degree in technical mathematics and has since established a “non-institutional art space” in her vegetable garden; and MomenTech, a young, multimedia collective in New York.

“Although the residency is only on the Net, we’ve somehow made very personal connections among each other,” says Kosec, who, having embarked on a full 12-month break from her art practice, is still on hiatus. “I was sorry when the others finished.”

“I’ve collaborated with people a couple of times before,” agrees Akimoto, “but to have these people coming to the project from all over the world, not really knowing who they are but feeling so close to them, to me it’s amazing!”

As directors, Akimoto and Evans maintain the project website, publish participants’ periodic reports, promote the residency through social media and at art events (including the Venice Biennale in 2013), and design and sell multiples with the RFAOH logo. Their own practices are expanded and enriched by this exploration of alternative modes of production.

“A lot of people had trouble understanding it at the beginning,” says Akimoto, “they would ask: ‘A residency for people who aren’t making art – so which part is the art?’ But what do you do, if you can’t create work that fits the institutional formula any more, if you’re not accepted into galleries and you still want to live as an artist?”

The pair find themselves in an ambivalent position in relation to the art establishment. While the project seeks to free participants from the pressures of the “capital A art world”, it intentionally borrows from the bodies it sets out to critique – lifting selection criteria from the Canada Council’s grants program for example.

Initially, Akimoto and Evans looked to established galleries and institutions for support – to reify their work and to amplify this paradox. But now, after the success of the first residencies, with interest growing from like-minded individuals and organisations across the world, and with their second call for applications reaching almost 9,000 people in its first fortnight online, this kind of ‘official’ endorsement is beginning to feel less important.

“There’s this institutional structure and as artists you want to participate in it,” reasons Evans, “but maybe simply in making things you belong to it because you have a group of peers who are also involved. The art world exists beyond the visible spaces of these institutions, it exists within the community you’re working in.”

By virtue then of a somewhat absurd logic (and Evans is “a big fan of nonsense”), their virtual residency for non-art is succeeding in creating a very real community of committed and critical practitioners, within which he and Akimbo feel able to sustain their own art activity.

“I’ve always had this love-hate relationship with the art world,” says Akimoto. “I’m a huge fan of certain big-name artists and I love work that is institutionally sanctioned, but I am also a bit tired of ‘art people’ and I hate the gatekeeping. This project is one of the answers – otherwise I would have quit a long time ago!”

The application deadline for RFAOH’s latest call for participants is 15 September 2014. residencyforartistsonhiatus.org