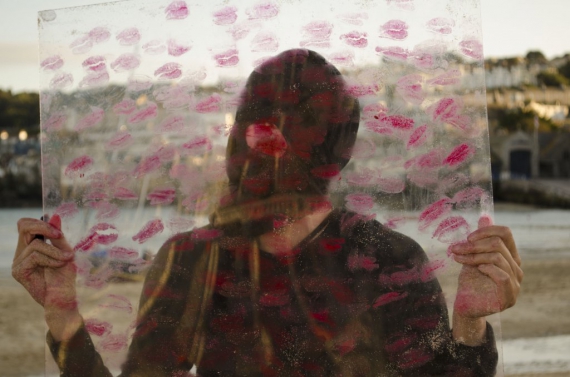 Health and Safety good practice states that when climbing or working from a ladder, three points of contact should be maintained to reduce the risk of a fall. The Three Points of Contact residency programme offers a similarly solid footing, providing artists the opportunity to develop sustained relationships and build secure, international networks that will endure.

The project’s curators Blair Todd, Jenny Brownrigg and Judit Bodor are based (respectively) in Penzance, Glasgow and York. Intrigued by the distances between their triangle of locations and by the contrasting cultural environments of each, they decided to develop an opportunity that would allow them to collaborate and share resources, while bringing together artists to network in these different geographical settings.

“We were inspired by conversations with artists who had been on UK residencies but had felt support and networking opportunities had been lacking,” explains Todd, Deputy Director/Curator at Newlyn Art Gallery. “We have hopefully created a situation where international artists and artists from Penzance, York and Glasgow can collaborate, research and socialise – and just see what develops.”

In this, its pilot year, artists Martha Jurksiatis and Megan Wellington from York; Stuart Gurden and Mark Vernon from Glasgow; and Ann Haycock and TaAP from Penzance have been selected to take part, alongside international guests von Calhau! from Portugal. The residency is organised in three phases – the core artists work alongside von Calhou! at two of the three venues (one of which is their home town), so an overlap of artists occurs at each point. In November, Jurksiatis, Wellington, Gurden and Haycock worked with von Calhau! in an experimental project space at The New School House Gallery in York; on 3 December, Wellington, Gurden, Vernon and TaAP began the second phase of the programme with von Calhou! at The Glasgow School of Art, joined by local artists Hrafnhildur Halldórsdóttir, Michelle Hannah and Rachel Maclean.

“Too often residency or art world projects are conceived without any real structure,” says Jurksiatis. “They purport to be free or open but it’s just about ticking boxes. Because Three Points of Contact has good groundwork in place, a deliberate structure and careful planning, it can afford to be truly liberal without insisting on any specific outcomes, to allow something really fantastic to come out.”

Jurksiatis runs Cherry Kino from East Street Arts’ Patrick Studios in Leeds. A “very small, one woman show”, Cherry Kino celebrates hand-processed 8mm film in the creation and exhibition of experimental and artists’ cinema. Jurksiatis’ studio has been operating as a film lab for the past five years and her focus has been on curating and facilitating other artists’ work. Now she is beginning to develop her own art practice and this project offers an opportunity to concentrate on her making. “It feels like the next important step,” she says, “like ‘right, I’m on my way!'”

As well as nurturing collaborative relationships between the artists, the project invites the public to get involved – the studios are accessible during gallery opening hours, participatory events are scheduled at each venue, and there’s an interactive blog and Facebook page. Todd anticipates lots of visitors to The Exchange in Penzance during the third phase of the residency in January.

“Visitors will pop in each day,” he says, “possibly quietly observing at first, then making a comment or suggestion and getting involved. These chance encounters can be inspiring for the artists and take their work in another direction.”

For sound artist and radio producer Mark Vernon, the public, collaborative nature of the project – and the sense of not knowing what will come out of it – is half the fun. “It’s an experiment,” he says, “if we enter into it in a spirit of openness, willing to explore the possibilities of these unique situations then I think we will all learn something along the way.”

Three Points of Contact is at Glasgow School of Art until 14 December and continues at The Exchange, Penzance from 15-26 January 2013. You can view images from the York residency here. www.threepointsofcontact.info twitter.com/TPC_Residency

International residencies in Jobs and opps.

Artists and curators talking – reports and summary resulting from a programme of practice-led discussions on hospitality, space and contemporary art making.

Collaborative relationships index – exposing the working relationships between artists and the wide range of professionals they collaborate with.