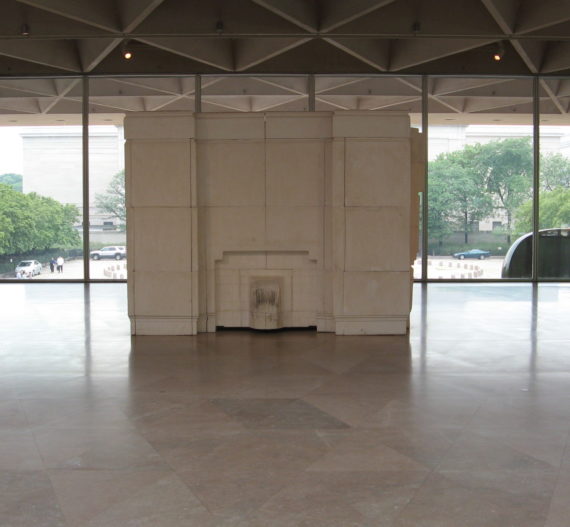 Review highlights evidence of class bias in arts funding An evidence review commissioned by Arts Council England suggests that the tendency for people from higher social grades to be more likely to attend arts events is down to a mismatch between current funding priorities and the public’s taste, rather than any lack of demand.

The review of ‘Equality and Diversity within the Arts and Cultural Sector in England, 2013-16’, carried out to inform Arts Council England’s next 10-year strategy, presents a collection of evidence showing that engagement with culture in England remains sharply divided along class lines, reports Arts Professional. It says the situation is being exacerbated by “a narrowing of cultural education in schools which limits the broadening of tastes”.

Bringing together a variety of reports and investigations, the review also states: “Language, attitudes and the prevailing ‘excellence’ narrative in the arts can be seen as divisive in terms of engaging a broader audience in arts.”

ACE’s own research is quoted in the review, including data that illustrates how people from social grades A, B and C1 have a disproportionately high representation among audiences at ACE’s National Portfolio Organisations (NPOs), while those from grades C2, D and E are under-represented.

The review urges government departments to produce policy that addresses barriers to diversity and to undertake “in-depth qualitative research on equality and diversity issues facing the protected groups of sexual orientation, religion and/or belief, pregnancy and maternity, marriage or civil partnership status and gender re-assignment”.

Rachel Whiteread’s breakthrough work Ghost undergoes complex conservation treatment The life-sized cast of the sitting room of a Victorian home in north London was her first room-sized cast and led to the creation of her Turner Prize-winning House in 1993. It was on display at the National Gallery of Art in Washington DC for nine years, but when a trial reinstallation was attempted in 2016, staff realised the work needed treatment.

Senior objects conservator Judy Ozone told the Art Newspaper: “We discovered that one of the foundation panels was cracked when we were unpacking the crates. They’re made of plaster of Paris, so any small crack travels because there is nothing to stop it.”

The team applied a layer of Jesmonite, a water-based adhesive that Whiteread has used in other works, to the back of the original panels to strengthen them. They have also added an aluminium armature to complement the existing armature, which is made of standard shelving brackets.

Molly Donovan, co-curator of the museum’s current 30-year survey of the artist’s work, explained that Whiteread never thought Ghost would last as long as it has. “It was done in a very experimental way. It’s a testament to how it was made that the piece hasn’t needed treatment until now.”

Statue of Van Gogh in Brixton modified to remove smoking pipe, razor and revolver Items relating to the Dutch artist’s life were scrapped from the work’s original design due to fears they could be linked to drug, knife and gun crime. Lancashire artist Anthony Padgett, who came up with concept, discussed the amendment with Lambeth council, which, following the changes, gave planning permission for the statue for at least 15 years.

Padgett told the Art Newspaper: “The Hackford Road area is lovely, but the pipe, razor and gun could nevertheless be seen as a concern in a city where there is a high incidence of these crimes. Concerns over these objects show the power they still have and help convey the reality of the suffering that Van Gogh endured.”

Versions of the sculpture are being installed at many of the places where the artist worked, including in Britain (Ramsgate and Isleworth), Belgium (Borinage), the Netherlands (Nuenen) and France (Arles).

Belgian theatre company admit to stolen Picasso hoax The 1971 painting Tete d’Arlequin (Harlequin’s Head) was stolen from the Kunsthal gallery in Rotterdam six years ago, along with works by Monet, Gauguin, Matisse and Lucian Freud. Two Romanian men, Radu Dogaru and Eugen Darie, were jailed by a court in Bucharest in 2013 after admitting they were involved in the thefts.

Dogaru’s mother Olga had claimed she burned the paintings, but then changed her story. However, museum experts analysed ash from her kitchen stove and found it contained the remains of three oil paintings and nails from 19th century frames.

Dutch writer Mira Feticu, who has written a novel about the heist, and journalist Frank Westerman, were both sent an anonymous letter with instructions on where to find the Picasso. The work had been placed in a plastic wrapper at the foot of a tree in a forest in eastern Romania. It was due to be assessed by experts, before it was revealed to be a fake.

Bart Baele and Yves Degryse, founders of the Antwerp-based theatre group BERLIN, said in a statement on their website that it was part of an elaborate performance entitled True Copy, which is about the life of the Dutch forger Geert Jan Jansen.

The duo said: “The idea is to draw attention to a number of sore points within the art trade. BERLIN invariably links special, personal stories – like the one from Geert Jan Jansen – to universal themes in its shows, with non-fiction often flowing seamlessly into fiction.”

They added: “The whole construction fits into a performance and is not intended as a publicity stunt.”